I have been experimenting with C++ and OpenGL, and I am currently writing a program that renders the surface of a planet; specifically, our moon. It's a modified version of the GPU Gems implementation of Geometry Clipmaps which is normalized to the unit sphere and then offset by a heightmap in the terrain's vertex shader. On small scale scale this works rather well: 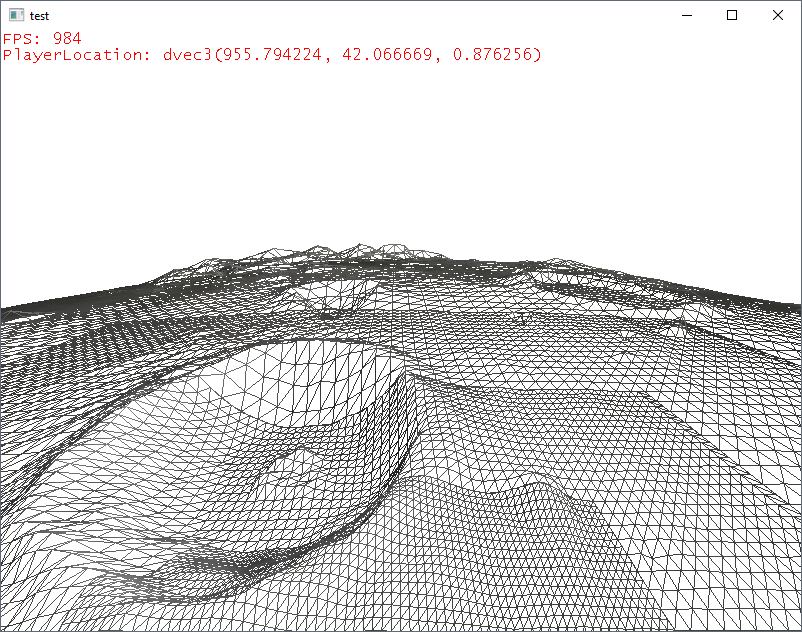 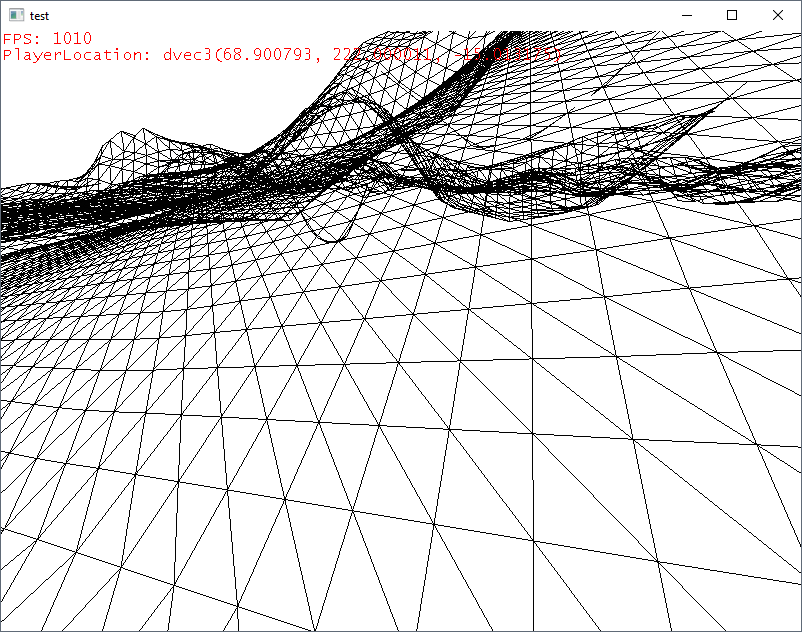 However, I want to scale this up to the size of the actual moon. Unfortunately, when I do so, stepping artifacts appear: 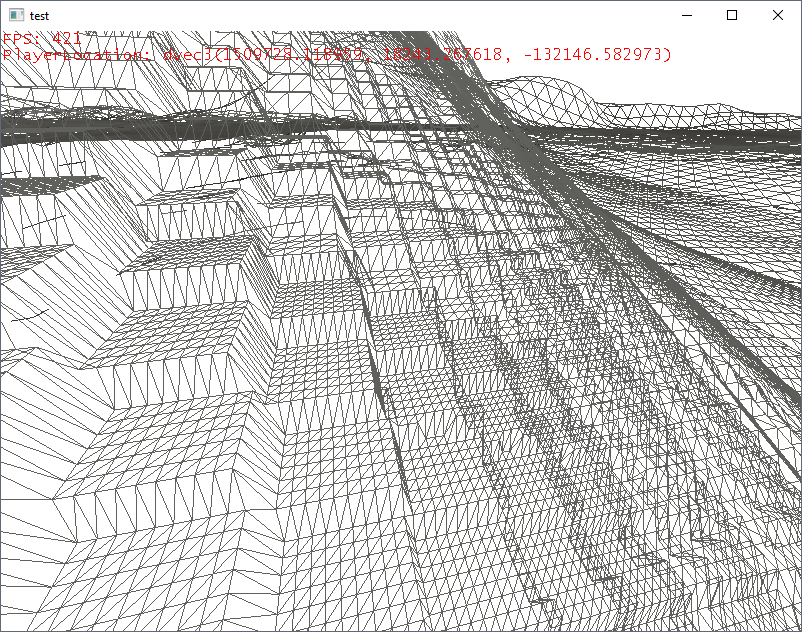 Now I am (almost) certain that this is simply an issue with floating point precision; 32-bit floats just simply don't have enough precision for planets of this size. However, I am in an interesting situation where I cannot simply change one of my numbers to a double to gain more precision. My vertex shader code is this:

OpenGL's texture() function only seems to take float parameters as an input. This makes me believe that this stepping is a result of the cast down to a lower-precision vector, where the program cannot distinguish the tiny change in angle between each grid position. At first I thought it might have been a texture precision error, so I tried switching the heightmap texture to an 8-bit copy but I didn't see any difference in step size or quantity. The texture filtering is linear, so the heights should be smoothly blended between one another, and at large scales big landforms like mountains and hills seem to have no associated problems.

Can anyone confirm that this cast in the texture() call is the reason for the stepping? If so, is there a way to pass high-precision numbers into a GLSL texture call, or, failing that, a solution to this problem that doesn't involve a complete redesign? I was thinking about maybe getting a weighted average of each neighboring "step", and then linearly interpolating between them, averaging between the areas where the float breaks down. Would something like that be possible, or is there a better alternative?

You should divide the heightmap into manageable chunks, use precise integer math on the CPU to decide which one to use, load it in the shader and use local coordinates when querying the texture.

Not the answer you're looking for? Browse other questions tagged shaders graphics glsl planet precision or ask your own question.

0
Formula for replicating glTexGen in OpenGL ES 2.0 GLSL
3
How can I pass an array of floats to the fragment shader using textures?
25
Which is the best LOD method for planet rendering?
5
Better solution for boolean mixing?
2
In GLSL is it possible to offset vertices based on height map colour?
0
How to load and render PhysX 3.3 heightfield
2
Optimize drawing “different” sprites in OpenGL ES 2.0 (batching?)
0
My point light shadows only really work if my point light is at the world origin (0,0,0)