Ask Question
Asked 2 years, 9 months ago
Active 3 days ago
Viewed 414 times
0
\$\begingroup\$
Closed. This question is off-topic. It is not currently accepting answers.

I am making a game where the player mines dirt by walking on it: 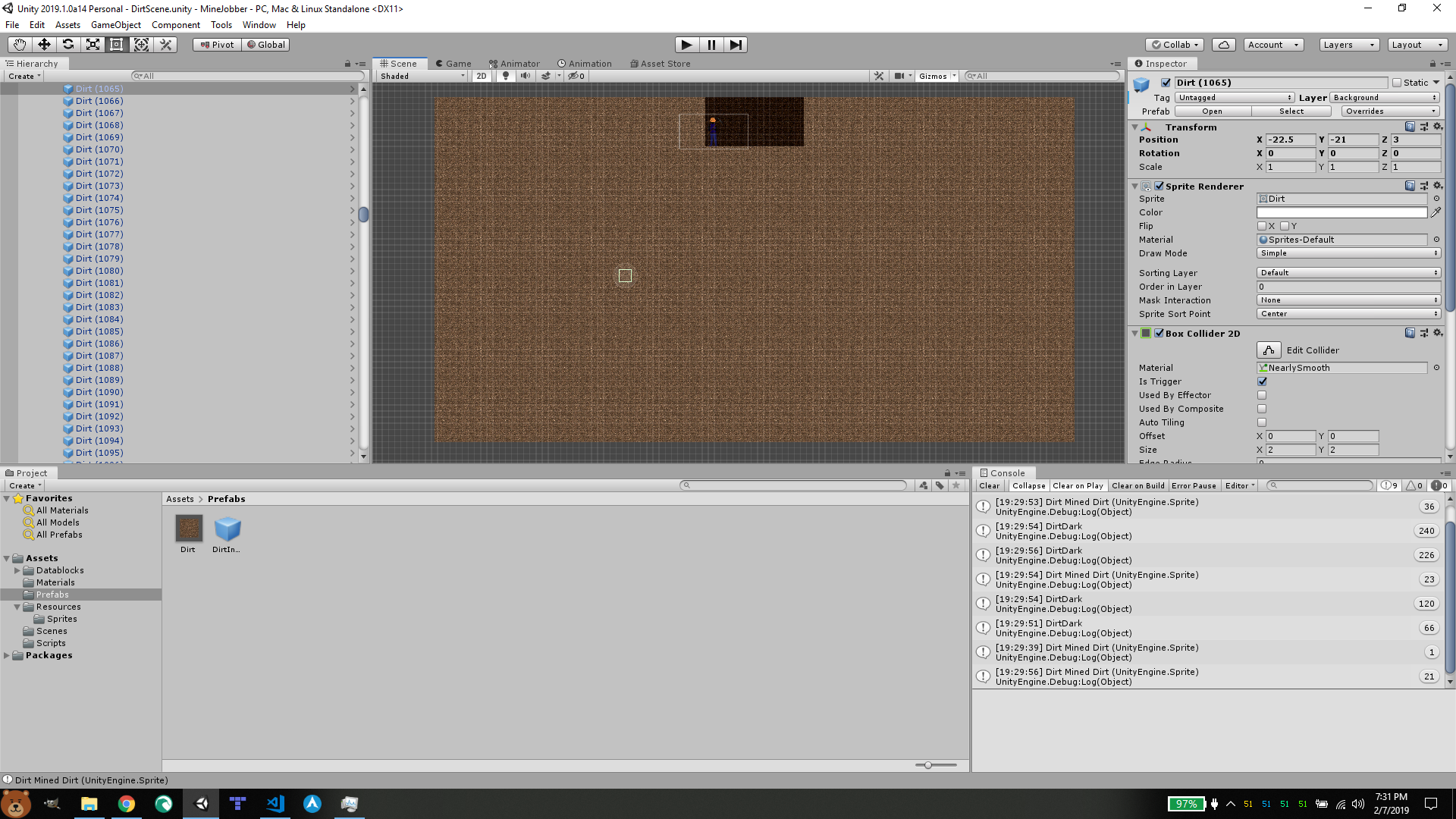 So, I created a scene and added a bunch of dirt to a grid, from a dirt prefab. When the character walks on a square, it is supposed to change to dark dirt. If I only have a few hundred dirt squares, it works as expected. I step on the dirt, and it turns dark. But now that I have a few thousand dirt squares, unity renders incorrectly, and will only change the sprite for dirt squares that are in every 4 or 5 columns. See the following picture: 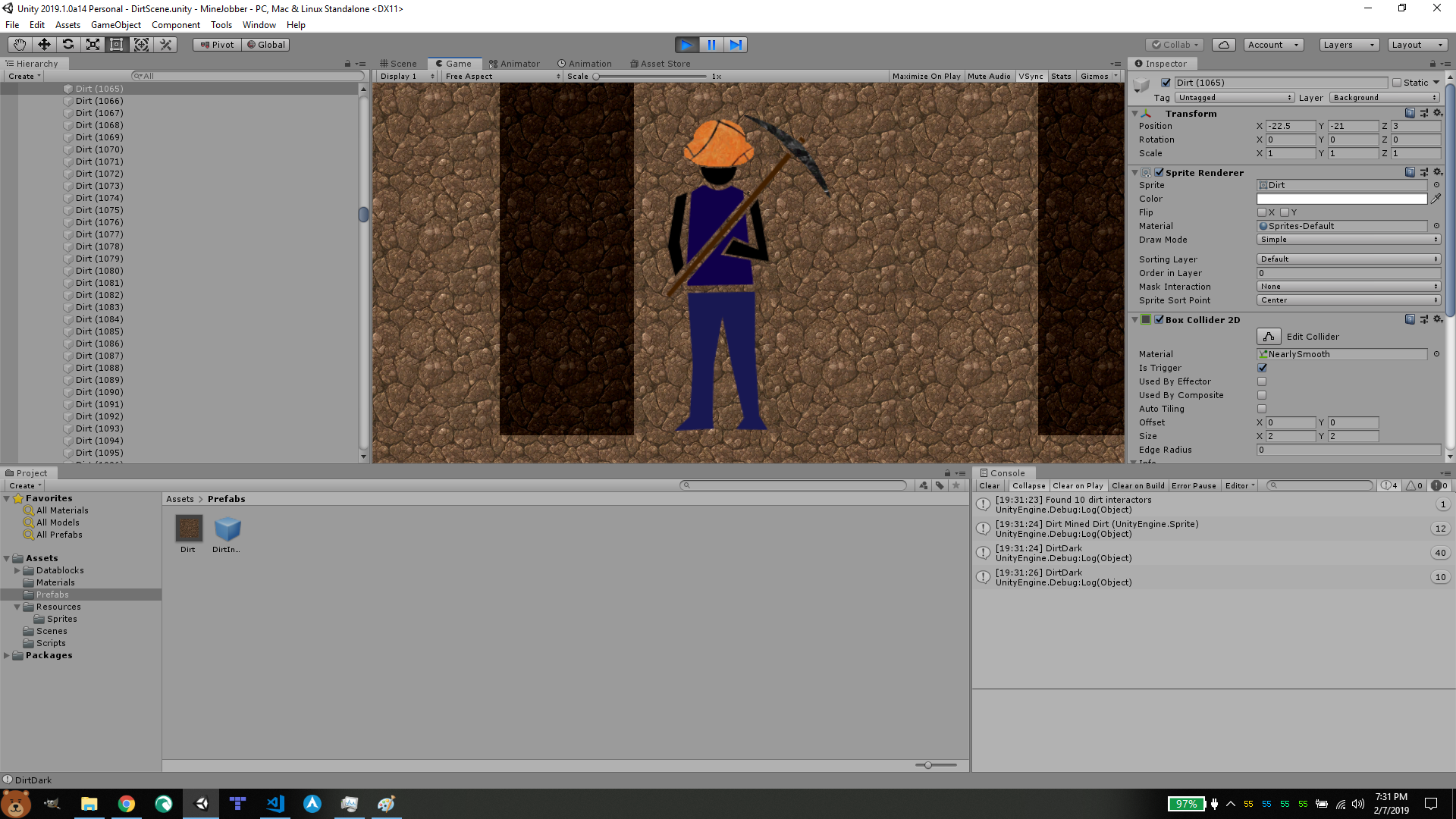 The debugger outputs GetComponent<SpriteRenderer>().sprite.name for the dirt I walk on is DarkDirt even though it is showing up as "Dirt" in reality. The inspector in the scene view agrees that it should be rendering DarkDirt.

How can I get unity to re-draw sprites when they update?

Make sure that the tiles are not overlapping, and create a script similar to this.

Not the answer you're looking for? Browse other questions tagged unity sprites or ask your own question.

11
Change the sprite of a Object in Unity
0
After collision of two objects change the sprite and move in its direction
0
How can I attach a script to a GameObject prefab at runtime?
0
Sprite doesn't change material or picture
0
Sprite won't change with direction
2
How to make Unity sprite animation not lerp?
0
Unity LWRP Sprite Renderer Sorting incorrectly after upgrading