Why does my collider rotate correctly on a slope only when a ray is cast directly from its center?

Edit: This answer might also be helpful to those who come across this question.

I've been messing around with raycast collisions and slopes, but am having an issue when trying to get my collider to stay grounded and rotate to the angle of a slope. Everything works when I cast a ray from the exact center of my collider, but things mess up when I try to cast rays from another point along the horizontal center of the collider.

For example, let's say my character's position is (0,0), and the "center" ray has an origin at (0,0). This gives me the behavior I want, but if I try to cast a ray from (-0.5, 0) my character is no longer flush with the ground even though the center.y point is the same. Oddly enough, this discrepancy only manifests when the character is on a slope; if it's on a flat surface the behavior of both origin points is the same. 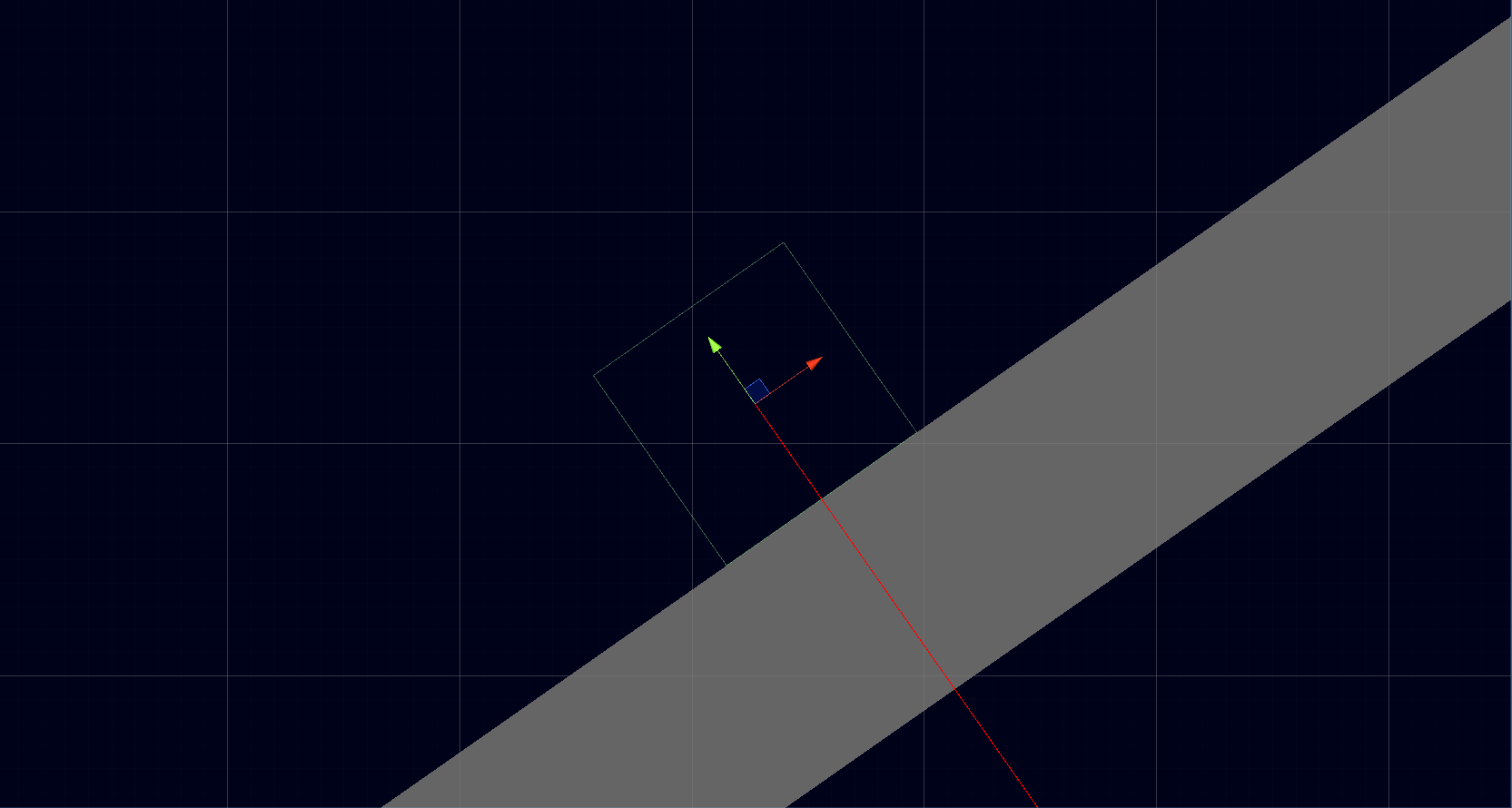 Here's a similar ray which is supposedly being cast from the center.y (the origin is Vector2(bounds.max.x, bounds.center.y) of my collider), but with incorrect behavior: 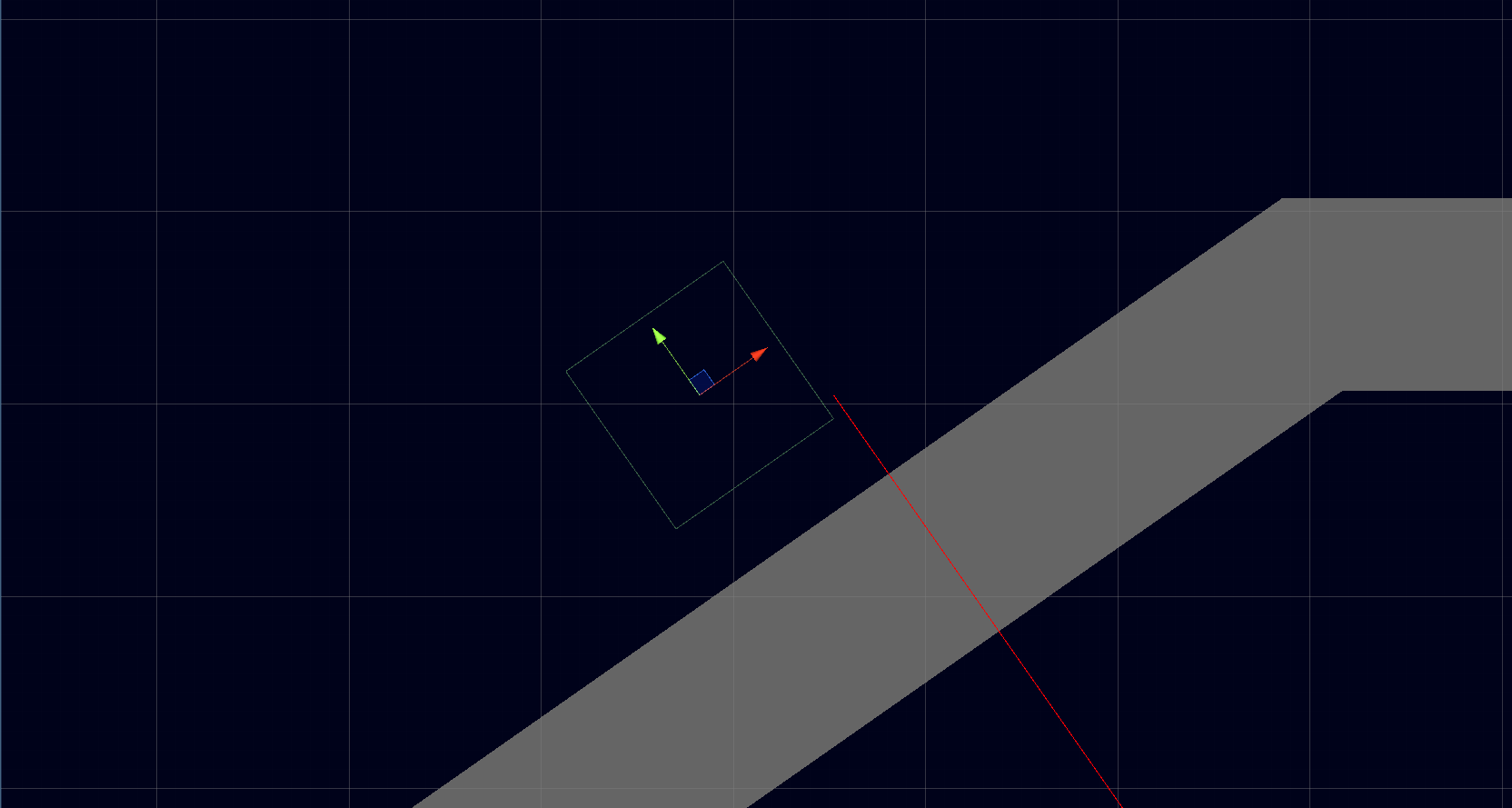 ...but that same ray works fine on a flat surface: 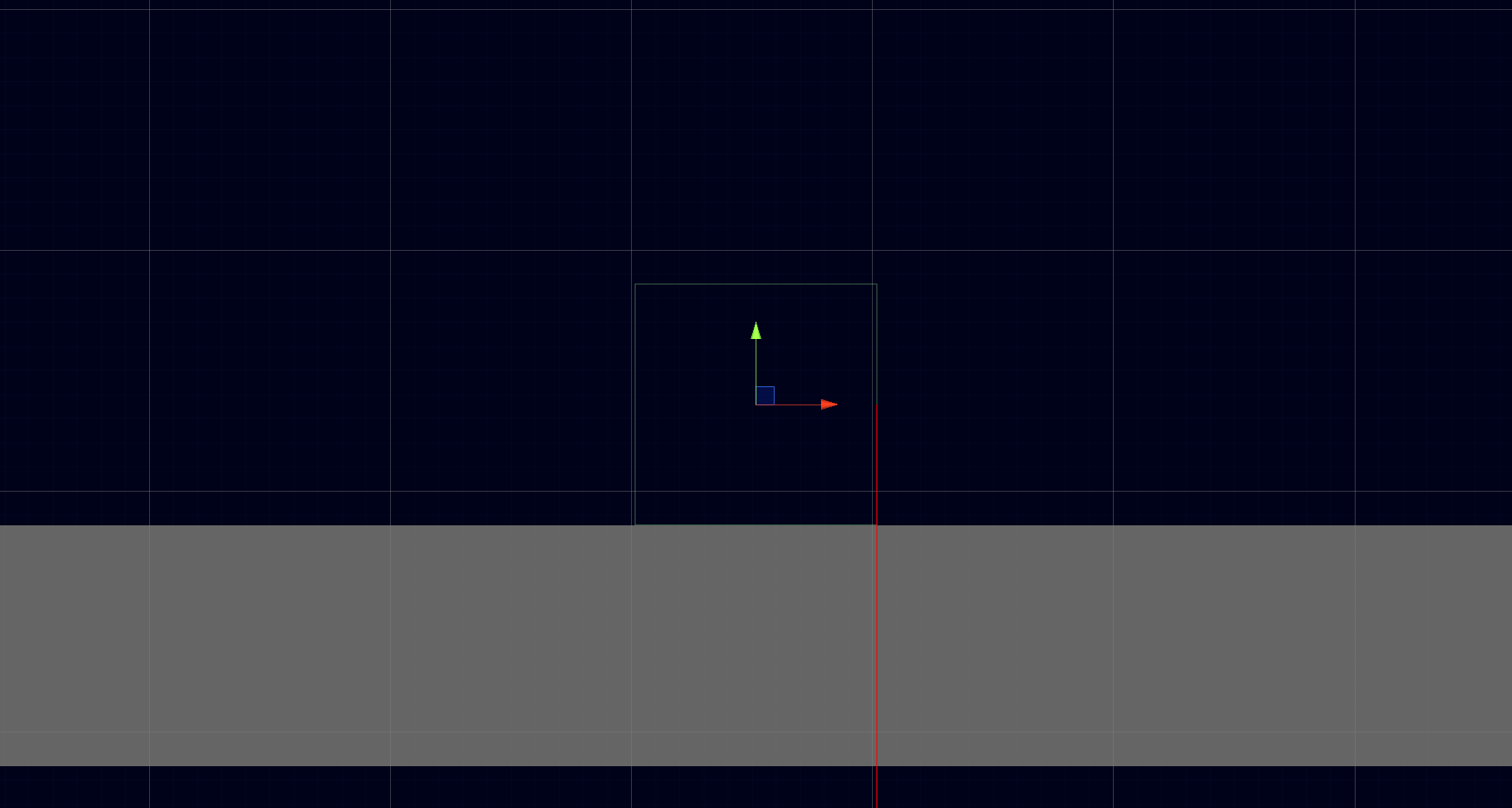 Even though Unity's print() function tells me the origin point.y of both rays are the same, I suspect that this must not be true based on how the ray is being drawn by Debug.DrawRay(), and from simply testing things in the game view. My script is fairly simple:

Essentially, I'm casting a ray from the center of the collider down to the ground, making sure its direction matches the direction of the y axis when the collider is rotated; this is done by setting the ray direction to transform.up. If it hits something I set my change in movement this frame, deltaMovement.y, to be the distance away from the origin point of the ray, subtracting half of my box collider's size to make sure I'm flat on the ground. I don't understand why the formula deltaMovement.y = (hit.distance - boxCollider.size.y * .5f) * directionY works in all cases except for the case shown in the last image.

Surely I must be missing something having to do with the ray's origin point. I think I really just need to know how to change deltaMovement.y = (hit.distance - boxCollider.size.y *.5f) to fix this problem, but I'm not sure what to do.

bounds is an axis-aligned bounding box that looks like this: 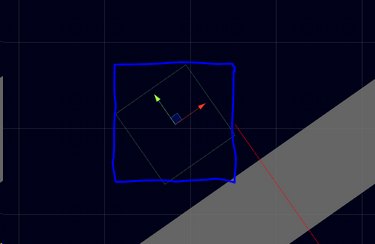 Instead of using bounds (which are in world coordinates) to calculate your ray's origin, use the local position, Vector.right/left and an appropriate scalar value, and then transform to world coordinates:

Not the answer you're looking for? Browse other questions tagged unity collision-detection rotation raycasting .

3
How can I get a Box Collider's "corners" (vertices) positions?

0
Unity forward vector flips when upside down. Mario Galaxy style gravity, bad rotation?
3
How to resolve collisions when using ray-casting to predict the location of future collisions?
2
Understanding SpriteBatch.Draw overload XNA
0
Unity 5 - Accurate logic for 2D projectile deflection
3
How to completely stop the camera from clipping into the ground
0
Preventing overlap in OnCollisionEnter2D
1
How can I convert Physics2D.Raycast to Physics2D.BoxCast to yield the same results?
3
Why does the object rotate to a random direction when I start dragging?
0
How to create a projectile path in unity using physics