For shooting, I currently have this code setup to instantiate the bullet

And this is the setup for the location of the player and the gun. The top one is the player, the bottom is the gun. 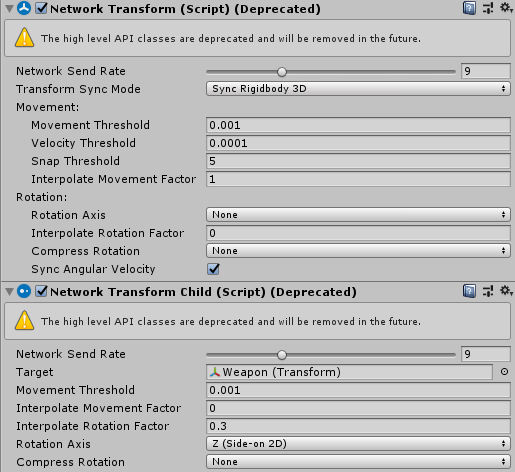 Browse other questions tagged unity multiplayer unity-networking shooter or ask your own question.

1
unity3d - Instantiate and fire bullet realtive to player rotation in 3D
0
Why aren't my Unity rotations working properly?
1
The script in the event trigger disappears when the player dies
1
InvalidCastException when instantiating a prefab on the network using Photon
1
Update and merge Unity coordinate systems multiplayer - Hololens
1
How/whether to pool bullets for a shmup in Unity?
1
How to completely stop the camera from clipping into the ground
0
Object doesn't instantiated right spot
1
Could use some help figuring out bouncy physics material in this PhotonEngine game