In Unity, I have Trigger Colliders, and catch the OnTriggerStay(Collider other) events.

Once two Colliders are touching, how do I get the Force vector to make them want to separate again?

In the example below, I have a Sphere and a Box Collider touching. The OnTriggerStay is being called for the Sphere. 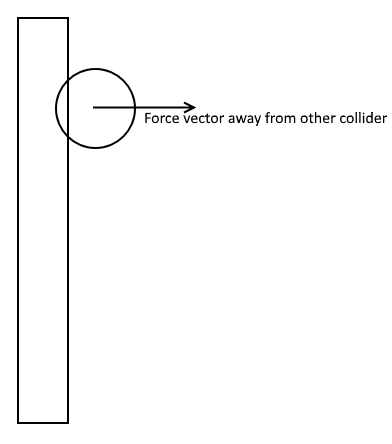 I cannot use the center positions of the transforms to get a direction, as that would not give me a very good force vector:

And I do not think I can use the Collider.ClosestPointOnBounds to figure out the Box touch position, because the point I look from (center of Sphere), could be inside the Box Collider itself, which I understand will just return me back the center of the Sphere again. I would not be able to resolve any force vector from that. 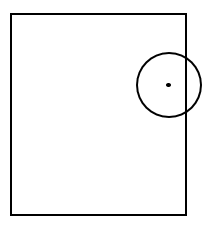 Browse other questions tagged unity vector collider or ask your own question.

1
How would I check the range against the entirety of an enemy object, and not just it's transform.position?
3
How can I determine which Trigger is hit?
4
Collider / coroutine timer issues
0
Strange behavior b/w Nav Mesh Agent and Trigger Collider
0
A trigger collider in Unity doesn't allow the player to pass through
2
Unity Vector3 position inside collider
1
Unity3d How to add collider to borders
1
How to prevent/“reverse” displacement from a collision?