Can I have a scene graph translation node with multiple parent nodes?

I am trying to write a C++ scene graph structure. While designing the node classes I am facing the below issue.

I have a scene graph to represent a house. 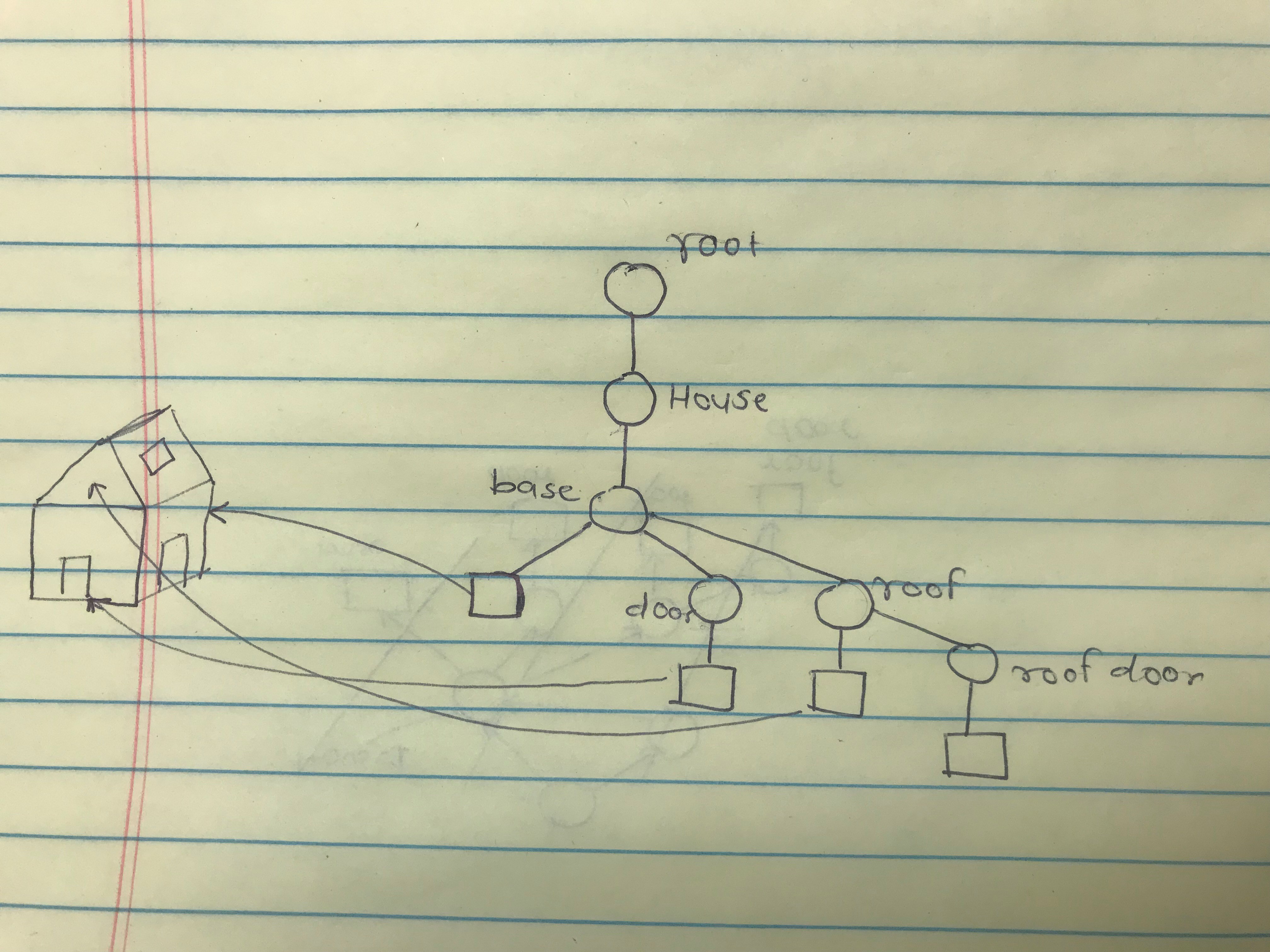 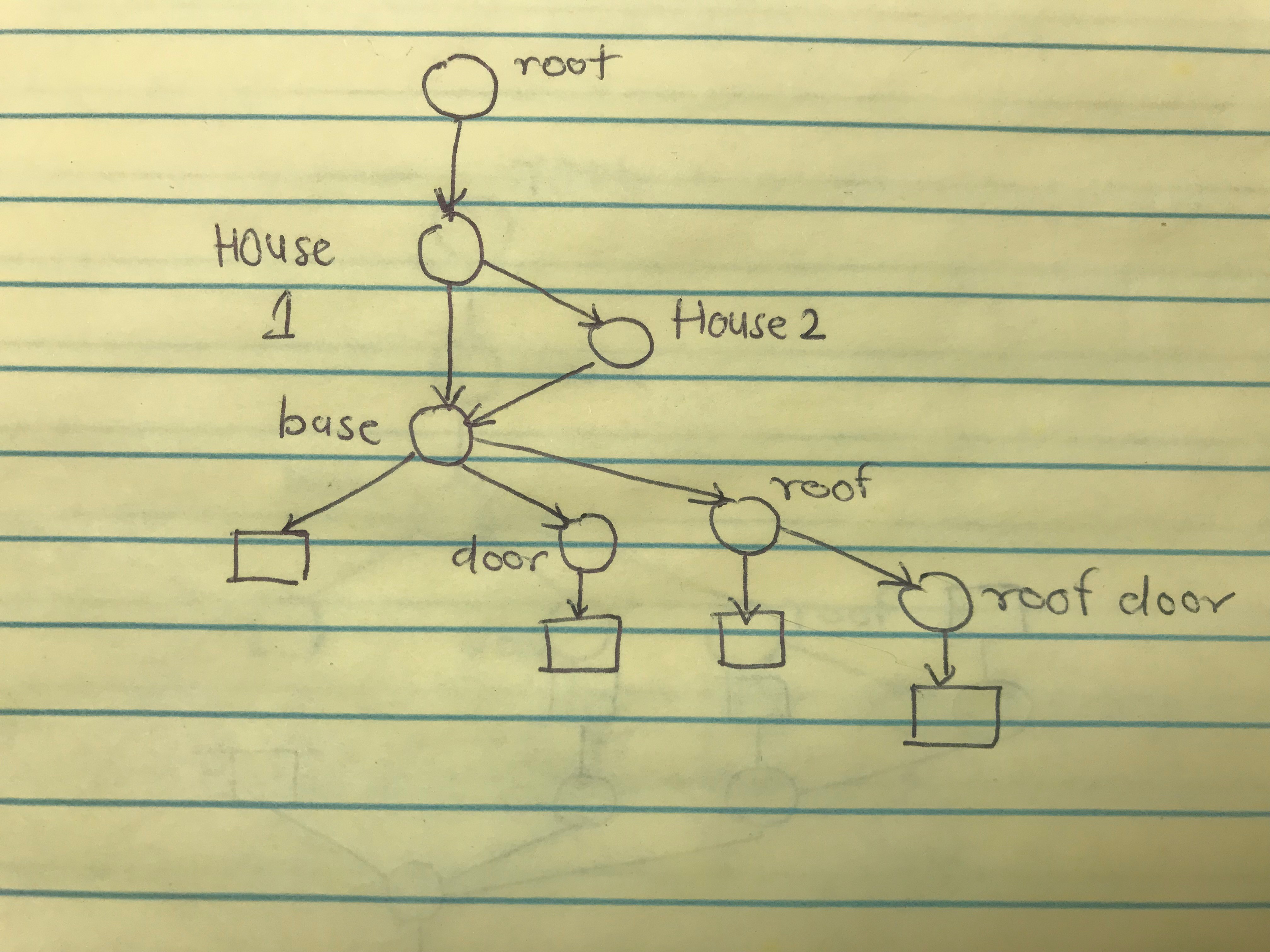 I would like to know, is it a good idea to have a scene graph node (intermediate translation node) to have multiple parents? I would like to reuse my sub-graph as much as possible.

Sure, you can, but a monolithic scene graph where nodes have multiple actual parents sounds complicated and cumbersome.

Instead, it sounds like what you'd want to do is allow nodes in the graph to reference other complete graphs. This sort of mechanism is often called a "prefab," "template" or "blueprint" system.

In this sort of solution, you'd package what is currently the sub-graph representing the house up into it's own "prefab" graph. It has a root at the origin, and all the pieces of the house placed relative to that root.

The main world graph would contain two nodes, with appropriate world transforms, which then reference the house graph (but aren't duplicating its contents). At runtime you can walk from the nodes in the main graph to the nodes in the referenced graph as if they were duplicated into the main graph, but you have the advantage of only having the house prefab graph in memory once, and that when you change the prefab graph, all instances of references to that graph inherit those changes.

(The main difference, in case it's not obvious, is that there's no "parent" link from the root of the prefab subgraph back to the node(s) in the main graph; the relationship is only from the main graph into the subgraph, and so avoids a lot of the complication that comes from instead treating the same logical relationship of nodes as equal peers in one single graph.)