I'm currently making a collectible heart in unity, the kind that updates your health bar when you collide with it, and I made two scripts:

This one is called 'healthmonitor':

This one is called 'hearstscript':

Here is a picture of my UI: 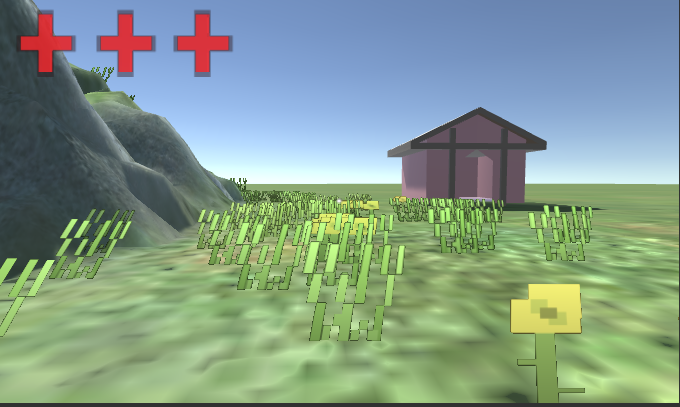 I made an empty game object and named it HealthMonitor and applied the healthmonitor script to it. Here's a picture of the inspector panel:

The problem is that with heartscript I get the following error;

I believe it relates to this line:

P.S. I am trying to refer to the empty game object, not the script.

ie. "You haven't told me anywhere in this script what the word HealthMonitor is supposed to mean"

If you want it to refer to the healthmonitor class, then you need to use the class's name exactly, all lowercase the way you've defined it.

But don't do that - making the HealthValue static is not a good solution to this problem, as it limits you to only ever having one instance of this health, and you'll have to refactor if you ever add multiplayer / NPCs with health / etc.

If you want it to refer to a particular instance of the healthmonitor script, (and get rid of the static on HealthValue so it lives on that instance), then you need to tell the compiler/runtime that's what you want.

First, by defining a member variable with the name you want to use, at the top of your heartscript class where the other public member variables are defined:

Then, you need to assign a reference to it. The easiest/most reliable & flexible way to do this is via the inspector. You can just drag the object containing the healthmonitor script from the hierarchy window into the HealthMonitor variable in the heartscript component's inspector. Or click the little circle next to the variable to select it from a list. Note that both instances need to exist inside the same scene or the same prefab for this to work as desired.

If you need to wire up the reference at runtime, you can do it like this if you have just one healthmonitor in your scene:

Not the answer you're looking for? Browse other questions tagged unity c# scripting or ask your own question.

0
Making a gameobject move back and forth in Unity
0
Cloning Prefabs with Unity not working
0
Dynamically Changing GameObject makes NullReferenceException(C# Unity)
0
Player tag does not respond to AddForce
0
Why when drawing a box using LineRenderer the connected points of the lines is not complete?
0
Player light color he collects before checkpoint is getting reset when he restarts at checkpoint
0
Unity RTS Single Selection Problem