Simplest way to make a car follow a route

To get the cars to follow the circuit, I mapped the circuits to several points. And using the move_towards_point function I make everything happen correctly.

Sometimes I have to make an adjustment in the position of object 2, because it has to be in the path between two objects 1, otherwise it will not clear the collision. 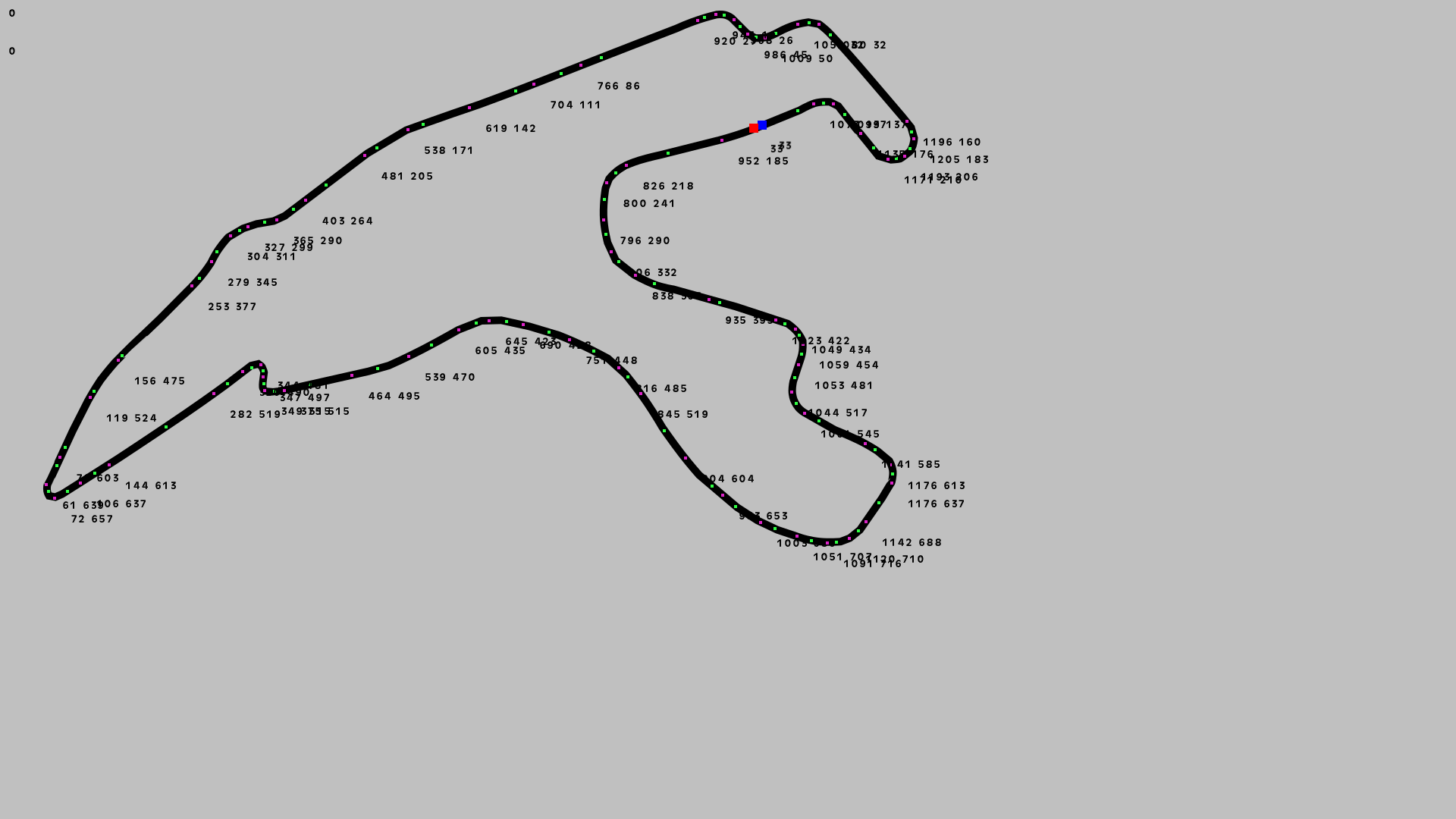 I thought there would be another solution considering that I've seen in video tutorials a platform games function (usually used on villains so they do not fall into the void). 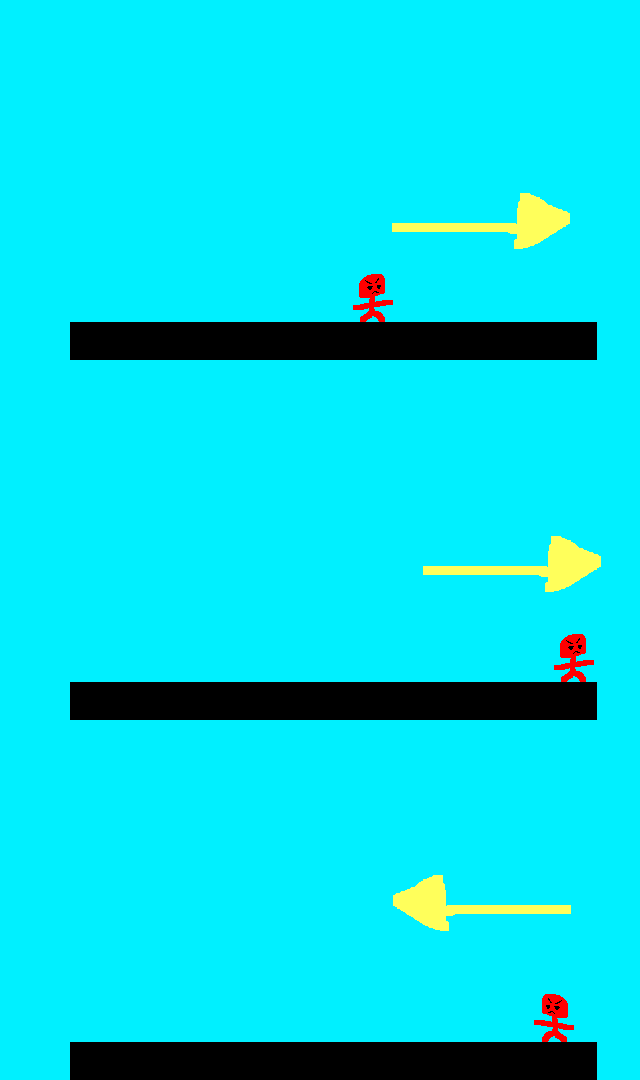 If I am not mistaken, it is as if at any moment the object throws a particle, and if it did not reach anything until a certain moment or height (y), the object would turn around and run in the opposite direction.

I imagine there is a function similar to this to use in my case. So that you detect the circuit object and do not let the car get out of it.

It's hard enough to have to put up points, then move the position of each of them to the code (I had to do this, because I preferred to create only one object and keep repeating it all over the circuit, I could have created several. Ex => point 1, point 2, ...).

Not wanting to plagiarize, but an example of what I want for my game, is this game:

Through the comment from site member Juanpa, I got a simpler way of doing what I wanted at first.

The GameMaker has a feature called path. 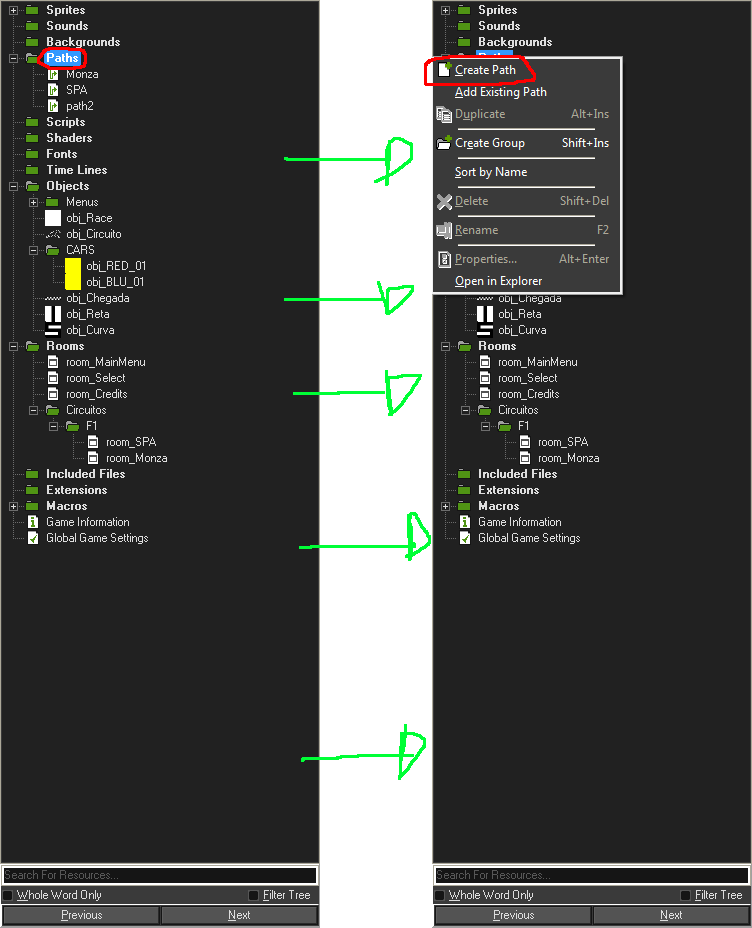 You click at any point to start the path: 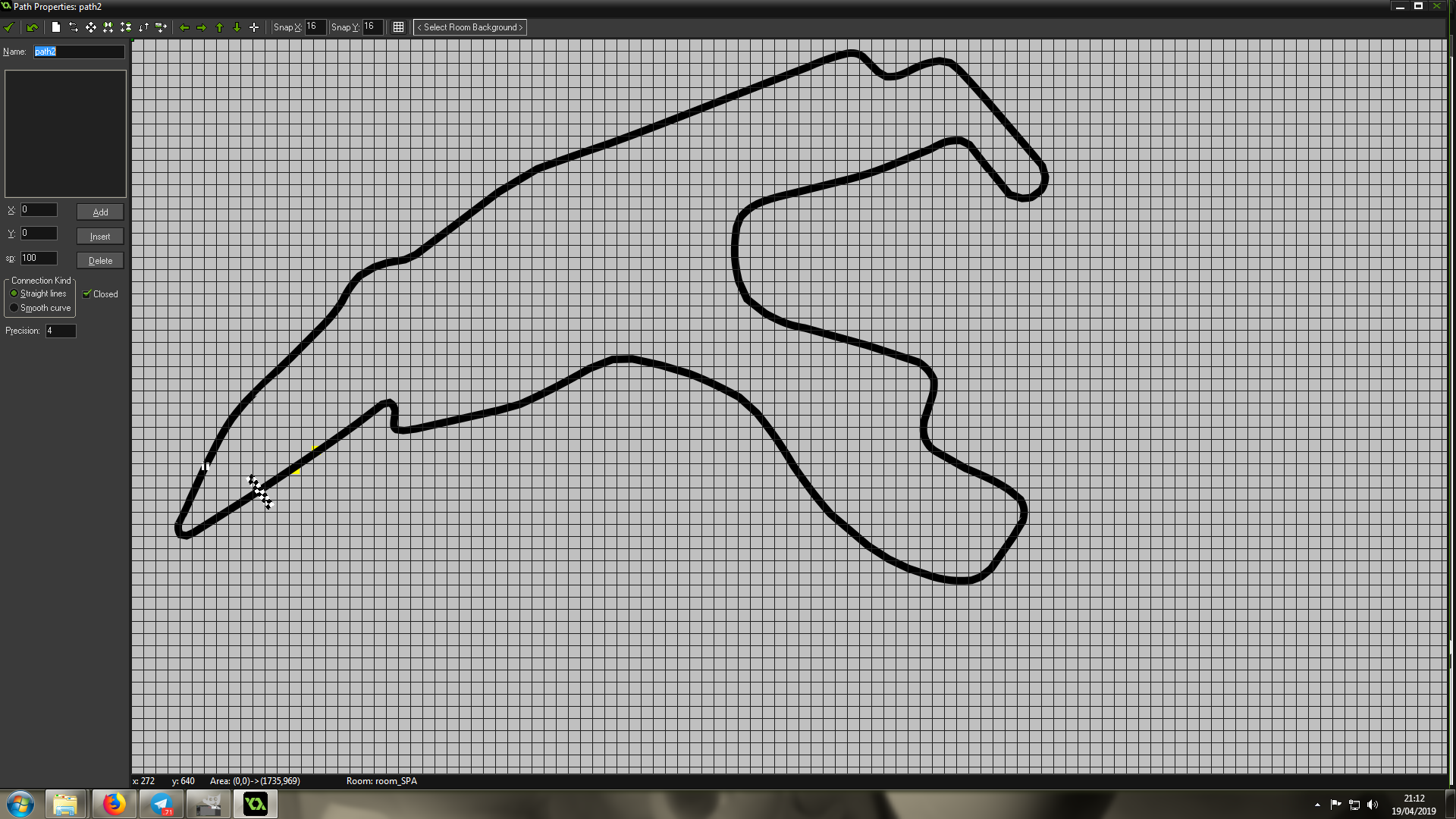 After setting the starting position of the maze, the next point will be the next location of the path to be followed (see that with 3 or more points the path closes, this is because the closed option is selected): 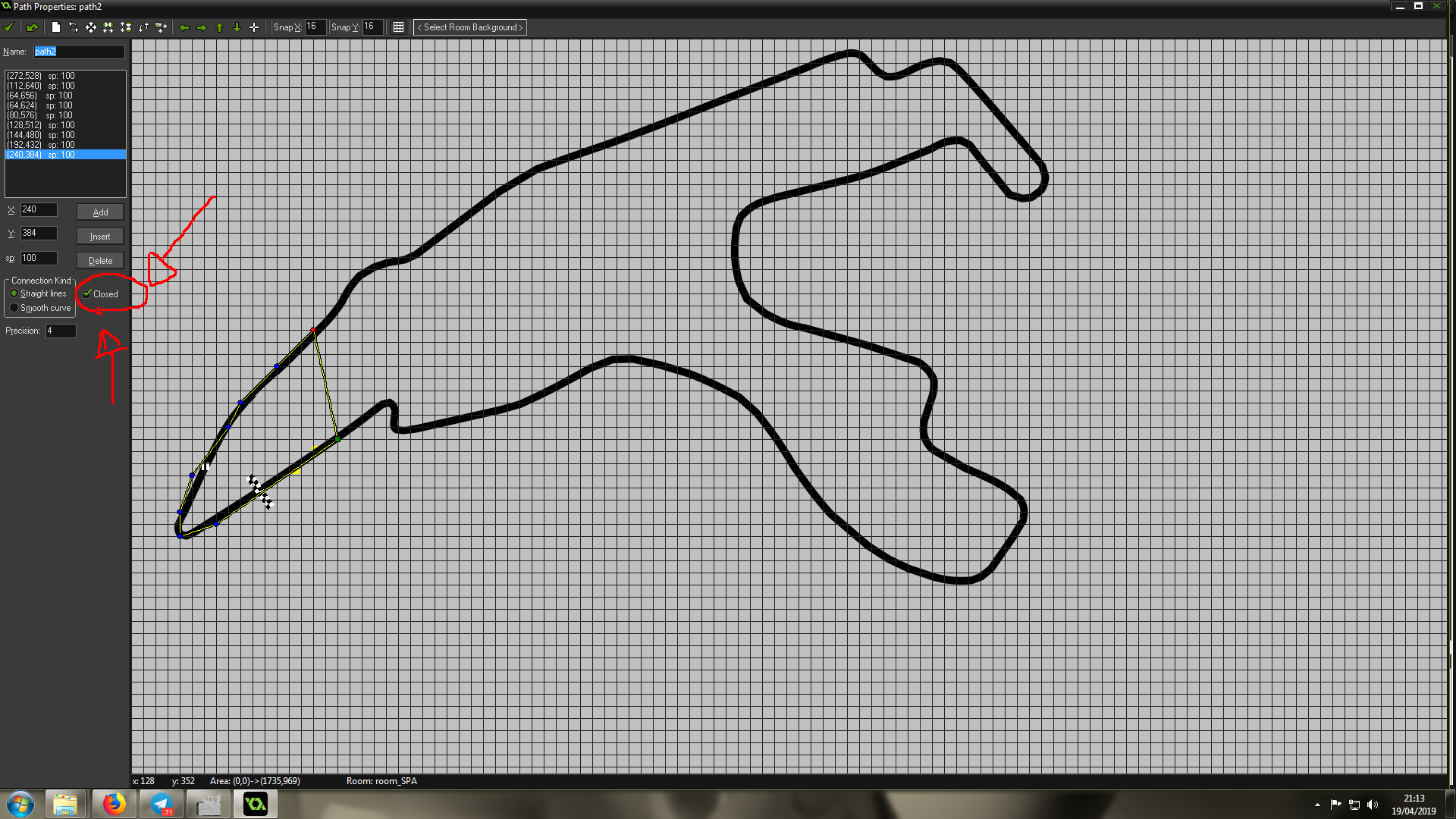 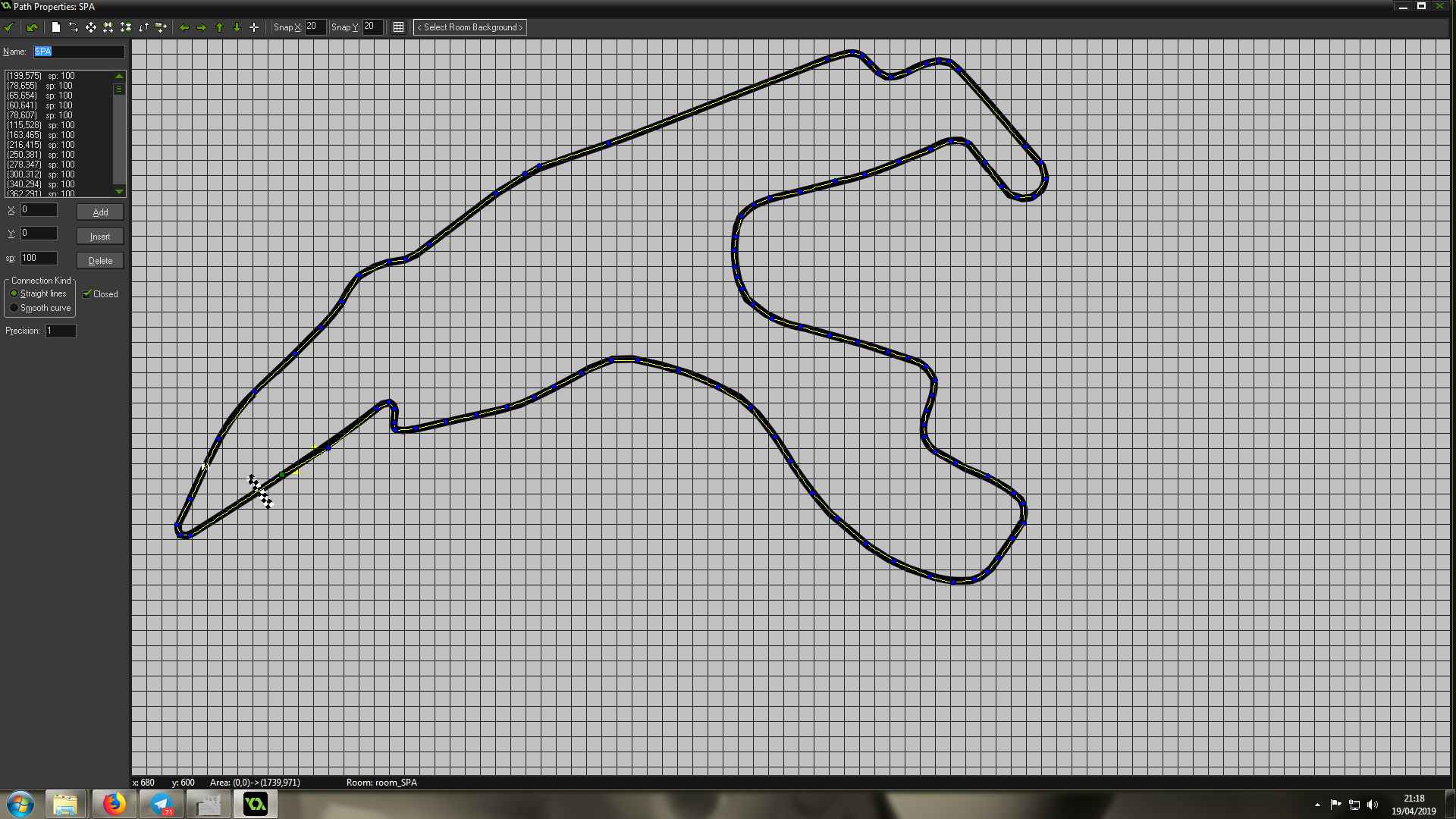 Below is a link that will help you use some of the important features of this feature:

Not the answer you're looking for? Browse other questions tagged movement game-maker or ask your own question.

1
game maker stop overlapping buildings
0
How to calculate/detect the force of a collision? (Game-Maker Studio)
1
How to synchronize a parent and child position?
0
Equal objects with independent variables in Game Maker?
0
How do I move many “static relative to each other” objects around?
0
How do one NPC follow a succession of target points?
0
How to make character not enter the platform when colliding on the side with the platform?
0
How to draw the path with a thicker stroke?
0
Formula for calculating time difference regardless of speed