If i select a group of units and send them somewhere i form them like the following; 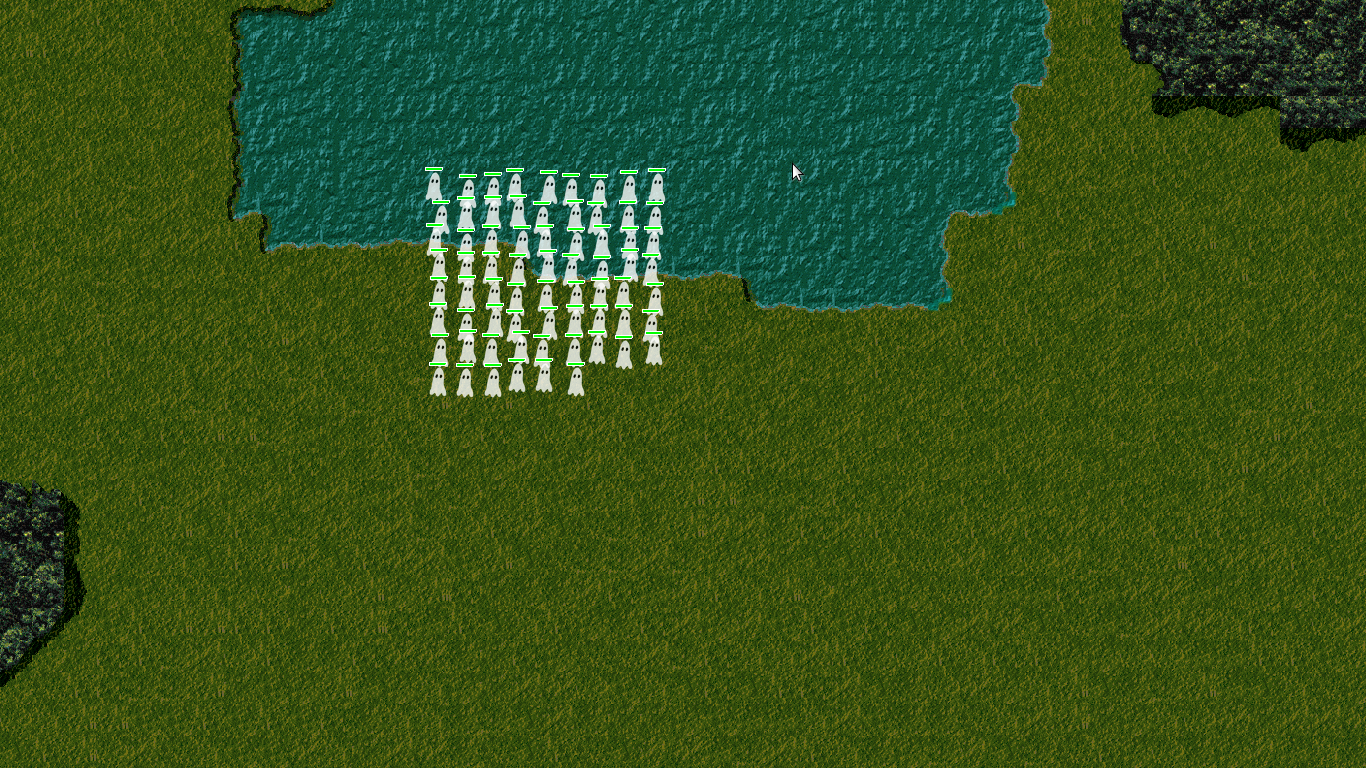 If i select them and order an attack, i want three things to happen:

Now i can handle the first two by forming the units as a circle by considering the range and unit count etc. But it looks very unnatural. 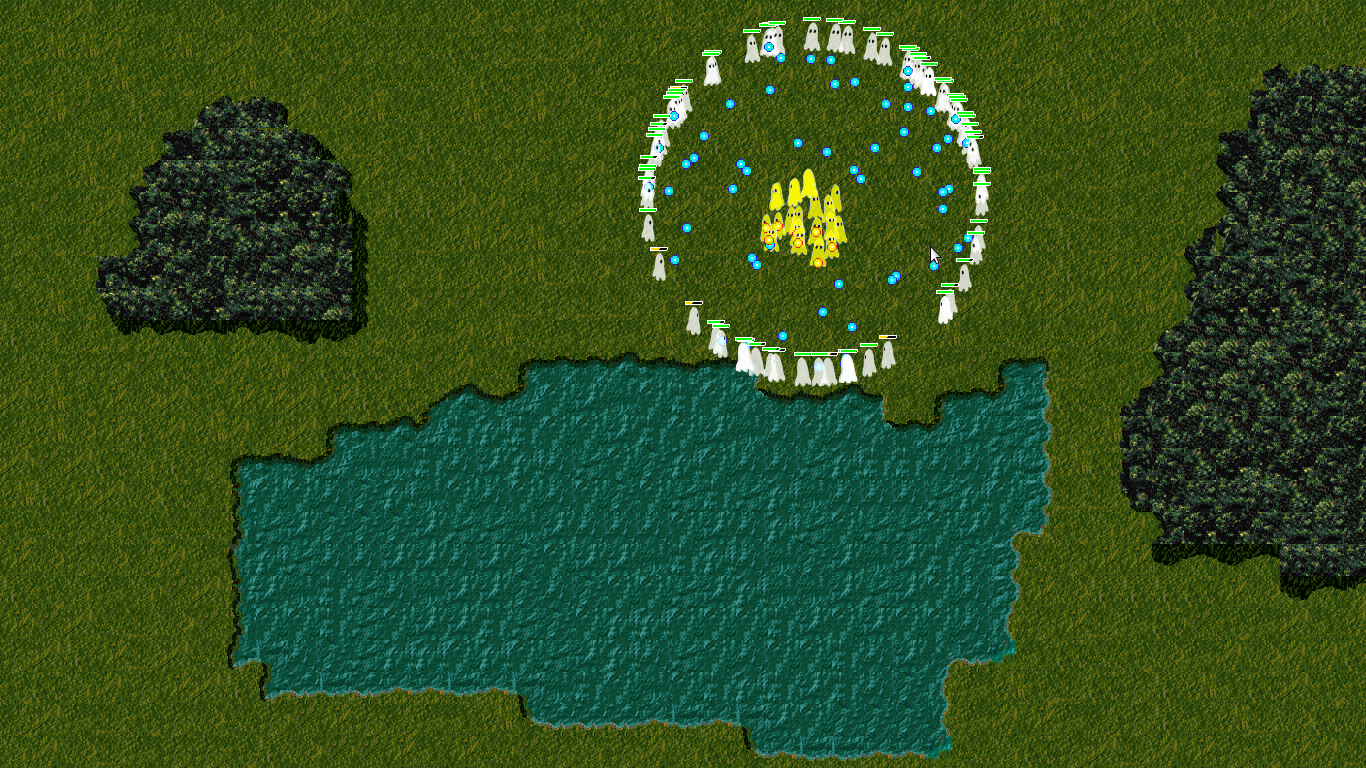 It's acceptable if some of the units are being idle for some reason, but i want most of the units join attack and they don't look so artificial.

Any ideas on that? Thanks.

A possible approach could be to consider a discrete number of positions on the map.

Then rate each spot on desirability to be at that spot for a certain unit type.

With a little luck, they'll spread out appropriately without looking unnatural.

You would have to account for the problem of getting stuck in 'local optima' though.

Some kind of rudimentary rules based swarming system might work. Basically, give each individual in a unit a set of rules, and treat them as individuals, not as a group. The rules though create group/formation behaviors.

For example imagine you wanted a formation of archers to stick together as best as possible, while maintaining range. And an archer can shoot a distance of 20 (of whatever unit you have).

Given an order to set up formation at a certain location, the group of archers will all begin to move to the new location, evaluating their movement (or decision to not move) each time step.

You might also have to refine this by having one archer be the leader. Let the leader make initial moves and decisions, and have the others set up based on the leader's decision. The leader might have their own rules for example to pick a new formation location when the formation gets too close to the enemy.

If you search for "rules based flocking model" you'll find a number of references to the concept that go into greater detail.

Right now they're moving until they're at exactly their attack range, and they stand there and shoot. Since they're all the same unity type and all have an equal attack range, they all stand the same distance away.

With either approach, the attackers will not form perfect circles. The idea is to add a small, adjustable irregularity to their actions that you can tweak until it feels right.

Not the answer you're looking for? Browse other questions tagged game-mechanics rts or ask your own question.

14
How do I implement group formations in a 3D RTS?
2
How to synchronize damage with attack animation in a RTS game?
7
RTS: Unit sight in fog of war
1
Simple Line Formation
2
Selecting objects
2
Game AI architecture for a RTS game