I've successfully implemented shadow mapping for a specific direction as you can see in the image below: 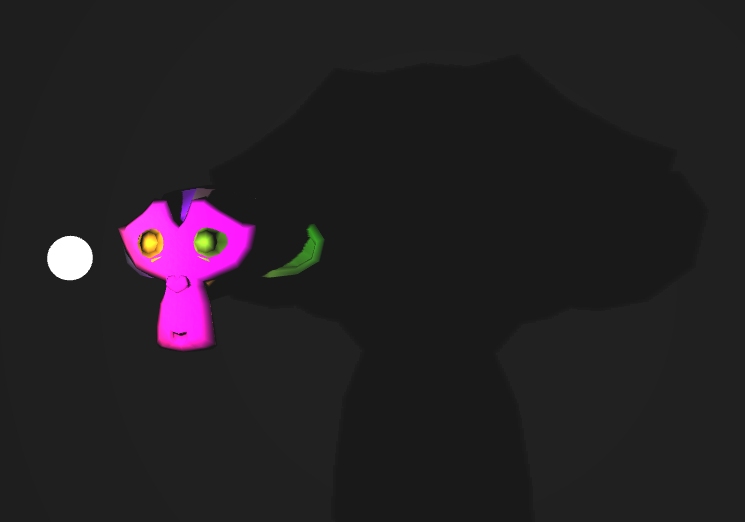 Now I want to do omnidirectional shadow mapping but without using a cube map.

My first step was to turn my frame buffer object to an array of frame buffer objects and the same with my texture map (so I can get 6 shadow maps, one for every direction). This is the plan, but I'm stuck much earlier. Replacing my variable framebufferFBO with framebufferFBO[0] and my texture variable depthMap with depthmap[0] the program runs exactly the same ( as expected ) . However, when I try to do the following, and I mean only the following, as I'm already in the debugging phase , all I get is a black image .

The only change is that it goes on for 2 loops. If I just do one loop my first shadow map works fine. If I leave it as it is the map you see in the first picture gets ruined.

So what is wrong with this loop? Am I doing something that is not allowed?

Edit: It seems that the problem is glDrawBuffer(GL_NONE).If it's not executed in the second loop, my first shadow map is still fine.

Browse other questions tagged glsl shadow-mapping frame-buffer or ask your own question.

1
Deferred rendering + Shadow maps
2
Cascaded Shadow Maps: clipping against scene bounds
1
How do I write to a 16-bit depth buffer using Monogame and HLSL?
0
I can't make the cube map to use shadow mapping - or it seems so
1
Problems implementing shadow maps in directx