I am creating a prototype enemy swordsman, and I'd like to be able to parry his attacks, like the parry system from VR Dungeon Knight.

This is my method of implementation:

I have a simple model and animation from the Asset store that I'm using to accomplish this. For some reason, the OnParried event is only being fired every 5 or so swings at a stationary test sword.

I played the animation frame by frame, and I found that the enemy swords' position sometimes does not go through the other sword, despite them being on a collision course. In one frame, the enemy sword is to the left of the other, and in the next frame, it is on the other side. 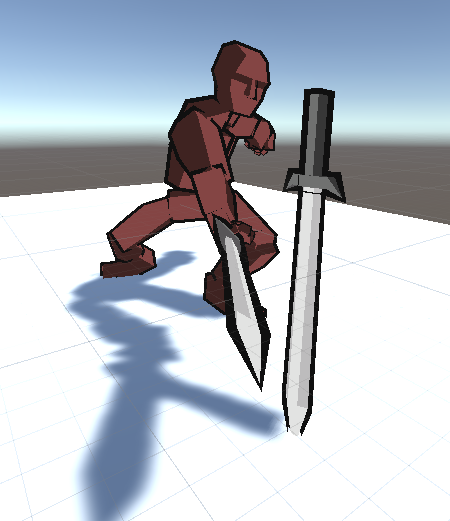 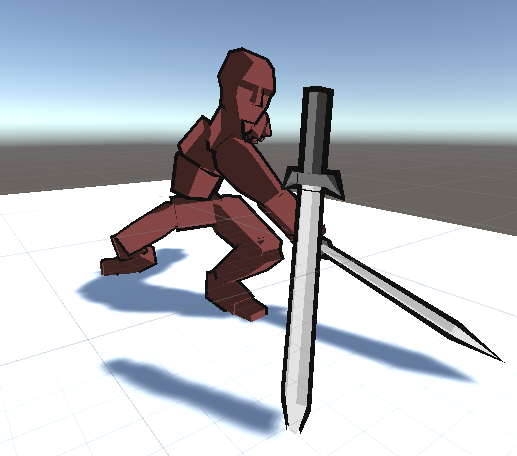 It seems that the interpolated frames between the animation keyframes can only sometimes collide with the other sword. What would be the proper way to remedy this? Adding more keyframes to the animation? Some sort of calculation of the sword's path between the two keyframes?

My issue was that I expected OnTriggerEnter() to perform the same continuous collision detection that OnColliderEnter() would. That is apparently not the case. Instead of the collision detection implementation I described, I did a CapsuleCast during the parryable weapon frames, setting the ends of the capsule at the sword's tip and guard and against a custom collision layer.

Not the answer you're looking for? Browse other questions tagged unity physics animation combat .

14
Which is the best approach to make a 2D character to be able to use tons of different equipments when in action?
1
Issue with detecting collisions in Pong
1
Unity / Animation / Change the "Transition Speed" between 2 animations during runtime
0
Unexpected results during collisions in Unity
1
Unity2D: Avoid attack animation looping during combo
1
Prevent weapon from clipping during animations
0
Unreal C++ Detecting new Key Down during current Key Hold
0
What is an alternative solution to the problem of polygon collider2D not following character (animation)movement?