How closely can a game legally resemble another?

Most games build on other games' successes and many are downright clones. Where is the limit of imitation before legal issues come into play? Is it down to literary or graphic work like characters and storyline that cause legal problems, or can someone actually claim to own gameplay mechanics?

There are so many similar clone games out there that the rules are probably very slack or nonexistent, but I'd like to hear the views of more experienced developers / designers.

I am not a lawyer and this is not legal advice. These are things I've heard many times over and have no reason to doubt.

Game mechanics cannot be copyrighted or protected in any fashion.

I could make a game called "Crystallized" that was Bejeweled, in every imaginable way, and as long as I didn't copy the art from Bejeweled (either directly, or by drawing new art that just happens to be nigh-identical) I'd be totally fine.

Game mechanics have been copied often enough that, if this weren't the case, I have no doubt we'd have heard about it by now. Game design is pretty much one giant incestuous ball of borrowing, and, honestly, is better for it.

Keep in mind that you can be sued for anything, even if you're not breaking any contracts or laws, and they might win. But I've never heard of that happening with regards to game design.

Other answers have covered trademarks and copyright pretty well, but do not forget patents. Many game mechanics developed in the early days of gaming are patented. The 2 that I know of are minigames while the main game loads (Ridge Racer), and jump-in multiplayer (Gauntlet). That is why you almost never see these features in any games, even though they are both great ideas. In theory if you want to use these mechanics then you have to pay a royalty to the patent holder, which could be expensive. In practice however, it is very unlikely to be enforced unless you are making a million-dollar type game.

Game mechanics are not subject to intellectual property controls. Names can be trademarked and any game code or assets are subject to copyright protection. There is some legal precedent for going after games that are "close" (http://en.wikipedia.org/wiki/Lexulous) but that was in an Indian court so I know much less about their IP laws (see also: the various FOSS StarCraft clone projects, most threatened with suits because they had "craft" in the name).

Trademark law generally draws a distinction based on if an "average consumer" could be mislead into thinking you were related to the other property. Copyright is much simpler since it only covers concrete works. If you redrew every sprite from your favorite game they would not be violating any copyrights (but might be violating a trademark if it is something high profile).

Recently some companies have tried to bring patent suits against some big-name game companies, claiming things as outlandish as they have a patent for the concept of text chat. Time will tell as to if these are a real threat, but until your revenue is in the millions I wouldn't worry about it.

Foreword: Anything related to laws will always be in a gray area, because the case outcome ultimately comes from a handful of people.

Let's look at the legal history of Tetris, a game often cloned by new game developers.

In mid-2006, and in late 1997, TTC's legal counsel sent cease and desist letters to Web sites on the basis of Tetris-type games infringing the "Tetris" trademark, trade dress, and/or "look and feel" copyright. Around 2009, TTC and Tetris Holding LLC brought legal action against BioSocia, Inc., on the grounds that BioSocia's "Blockles" game infringed on proprietary rights that were held by TTC and Tetris Holding LLC. On September 10, 2009, the legal case against BioSocia was resolved, with BioSocia agreeing to discontinue making the "Blockles" game available to the public. In May 2010, TTC's legal counsel sent cease and desist letters to Google insisting that 35 Tetris clones be removed from the Android Market. A US District Court judge ruled in June 2012 that the Tetris clone "Mino" from Xio Interactive infringed on the Tetris Company's copyrights by replicating such elements as the playfield dimensions and the shapes of the blocks. 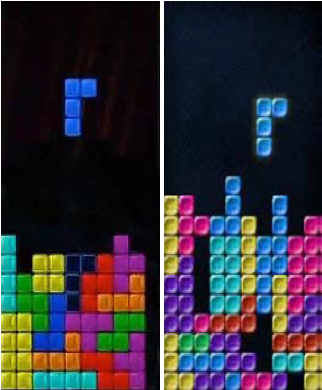 So are game mechanics copyrighted? The answer, as with many legal issues, is maybe.

Great question, what better way to ask about copyright than through games, which encompass all forms of media and IP.

First off, be aware that an idea cannot be patented.
Second be aware that the copyright depends on the national law you are recommended to adhering as a natural citizen. There are for instance some difference in interpretation of Fair Use in the US vs the EU.

Fair use is the most significant limitation on the copyright holder's exclusive rights (United States Copyright Office, 2010, para. 1)

The UMUC Library, has set up a well comprehensible site on the matter:

What Can be Copyrighted?

Several basic types of IP are legally valid: copyrights, trademarks, trade secrets, and patents. The differences depend on how the idea is expressed. Producers should be familiar with the differences between these, especially independent producers working with a publisher. If the publisher is interested in your game and is ready to sign a deal, they will most likely demand that the copyright in the game be conveyed to them so they can create derivative products and re- produce the product free and clear.

I think this article puts it best, by presenting 5 copyright cases, including the Tetris and Yeti Town cases: http://www.gamasutra.com/view/feature/187385/clone_wars_the_five_most_.php

In conclusion, if you're doing a total and complete rip off, you're in trouble these days, but you weren't 10 years ago.

In addition there are patents. Patents for concepts in games don't apply in many countries, but due to the way these courts work, if you do business in the respective country you're in trouble. https://www.google.ch/search?q=car+racing+game+patents It's likely that you could challenge and void many of these patents in court if you have half a million to spare, per patent - or you could just pay the patent holder a fraction of that and be fine.

Finally, there are trademarks. Universal did sue Nintendo because it's apparently easy to confuse Donkey Kong and King Kong. While Universal did lose badly, Nintendo first had to be willing to enter an expensive legal battle. If you don't have the funds, you can't defend against these kinds of legal attacks.

There is some fuzziness when it comes to the law concerning things like spell names. At that point, it really comes down to how closely tied the name is to the franchise. If the brand that is being pulled from has explicit claim upon a name like that, it would likely be under trademark rather than copyright so that is what you'd want to look for.

There is this great site that I found that has an entire article on legal issues for game developers with the different types of IP explained in detail.

Hopefully that helps with the more detailed parts of avoiding IP claims.

The answers above are all pretty much spot on, unless you're copying something closely, you should be okay.

But, and this is a big but, just because you are doing everything right, it doesn't mean you won't get C&D'd, or be sued. Unfortunately, a lot of business and individuals use the legal system as a bludgeon against competitors and will often issue cease and desist orders to try and get a competing product taken down, or head straight to a lawsuit.

Much of this behaviour depends on the cost of a lawsuit and the willingness of the competitor to spend the money and fight. Not many are. Even big companies often settle when faced with a bogus patent or IP lawsuit because it's easier and less costly.

So, the short answer is that you should be okay most of the time, but you can't be guaranteed not to be the target of a frivolous lawsuit.

Yes, but there are so many similar clone games out there that the rules are probably very slack or nonexistent

I have seen Modern Combat 5 use the "sapper" soldier class. It is almost identical to the "engineer" soldier class of Team Fortress 2. They are similar, as both can deploy turrets that can shoot automatically at any nearby enemy players. Both do the exact same thing, and even somewhat look alike, if that be considered copyright infringement. Team Fortress 2 had the engineer long before Modern Combat 5 had the sapper. 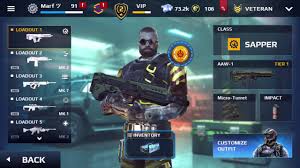 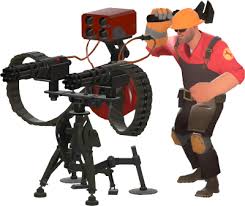 My personal belief is that if you have to ask the question, then you probably know in your heart that what you are doing is borderline wrong. It may or may not be legal, but to me its besides the point. If you cant be true to an art that you created then why bother.

Of course if you just want to knock down clones of popular games to make a quick buck, I doubt that anyone would bother with the hassle of legal action against you, since more often then not, if you just copied something and don't put your own spin on the issue, then it probably wont sell well enough to matter to the original.

Not the answer you're looking for? Browse other questions tagged legal copyright intellectual-property .

33
Legal issues for a "fangame" of a commercial franchise?
0
Can I get around a Pokemon copyright with new art and minor changes?
12
What to consider legally when cloning an old game?
3
Is it okay to copy a game's formula? (damage, etc)
4
When do I need to ask for permission to recreate an old game?
-5
It is possible to use Pokemon images in a game?
-2
Is there a way to legally create a game mod?
1
Tetris Copyright Issues?
2
Is it legal to publish a Noughts and crosses (tic-tac-toe) game?
1
Using copyrighted sprites
See more linked questions

3
What do I need to do legally to protect my game with copyright?
6
Can I legally call ninja techniques "jutsus" in a game?
3
Can I legally use retro video game music in a quiz game?