I have weird glitch in my game. When player shoot the gun, bullet is instantiated something called "ShootPoint" transform.

This is the ShootPoint's position: 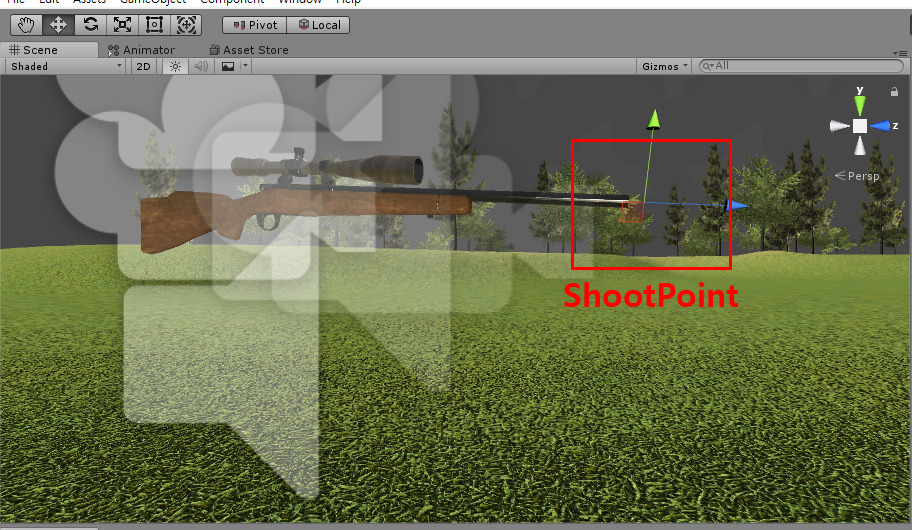 And this is the code of firing bullet:

However when I run the game, bullet generated totally wrong place:

That picture captured right after creation, even before push the bullet. Here's the updated code for capture that moment, I intentionally throw the error so that makes game stop:

I don't get it, why my bullet doesn't generated in ShootPoint.transform? I literally removed all components in Bullet and tried again but still had same problem.

Funny thing is that this is not always happening, it only happens in certain angles, especially looking down. I already checked hundreds that ShootPoint pointing something wrong direction or reference of ShootPoint was wrong, but no, there was no problem at all!

What should I check in this case? It's really annoying issue, because when I shoot little lower angle, it always hit the ground almost instantly after fire.

Anyone who knows about this issue, if could be great what should I check, thanks.

** Additional Info about Bullet ** I forgot to mention about bullet. It has parent and child, and parent has rigidbody and child has mesh to display. This is because basically bullet wasn't pointing forward so I rotated it to pointing forward and wrapped by empty game object so that eventually it pointing forward direction even mesh is rotated.

Here's the screenshot to explain this:

I solved this problem, but still don't get it why it happens. If someone know why this happens, could be very helpful with share your information!

However in this game, I'm using Raycast to hit detection because the bullet is really high speed projectile and collider doesn't working well, it just passing through the objects.

But when I was assemble and tested the bullet, I added Mesh Collider into child object. Of course, I turned off that mesh collider after changing colliding logic to using Raycast instead, however, some reason, my problem solved by removing this deactivated mesh collider.

Now bullets spawning correct position, everything works well, but still don't get it why deactivated collider produced this issue.

Anyway if someone facing the similar problem like me, make sure your child object has unusing collider in it. Regardless it's activated or not, it seems like it's affects in physics system.

I hope someday, someone explain this issue with more detail.