Object made of cubes looks different based on the distance in Unity3D?

I made a "Wall" from basic Unity3D cubes. They are placed tightly so the wall looks like one big rectangular prism.

If I look at it from close distance, it looks as it should be: one big rectangular prism.

But if I start moving backwards, away from the wall, the cubes' edges become visible: 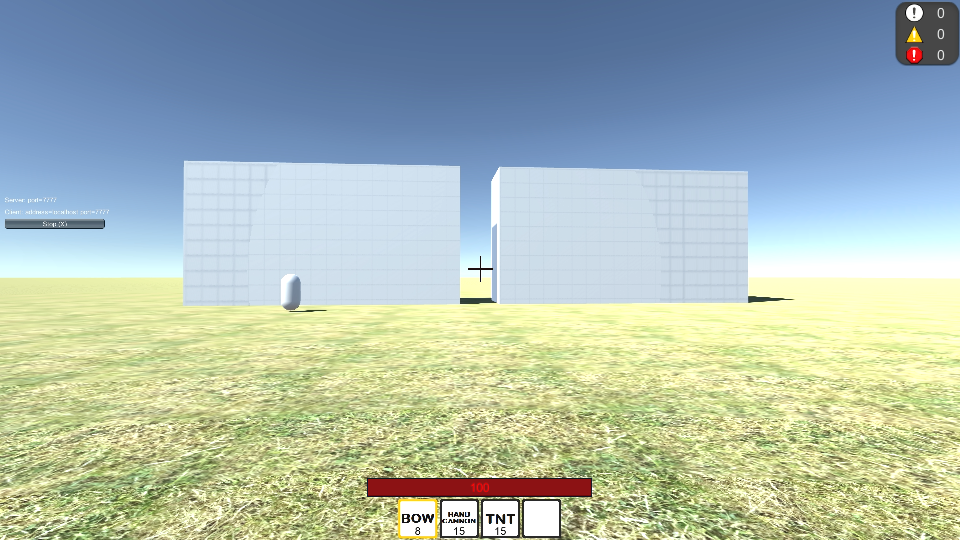 And this whole thing happens in a circular way.

This should be some kind of shading optimization, like mipmap, right?

How can I fix this? I want the wall to be seamless from all distances.

Finally I managed to fix it, with the help of the official Unity Forums. (20 minutes after posting, there was already an answer)

I just had to increase the (Shadow) Bias of my light source. 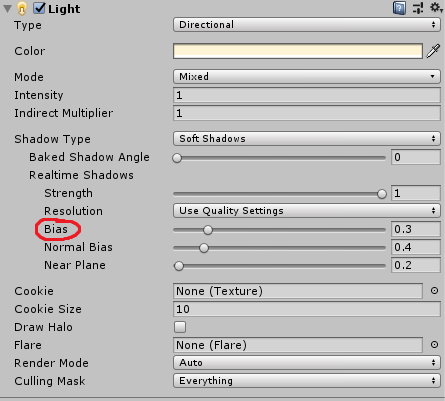 Not the answer you're looking for? Browse other questions tagged unity graphics shading .

0
Unity3D - different object with the same mesh imported from Blender
5
Seams between tiled textured cubes
11
Why is the distance from object to eye irrelevant in illumination models?
0
LookAt different object smoothly in unity3d
4
Java 2D Lighting
3
How to find the possible directions to move next?
0
How can i properly display 2D Pixel sprite's pixels without distortion while it's moving ? (in unity)
0
How can I build a virtual barrier to block and prevent from the player to keep moving forward?
0
Why do edges make the player jump?