How do 3d game engines draw this pattern?

I am doing a small project, where there is a 3d engine, however I do not know how to draw something if it is like the image below. Usually I would draw from farthest back to closest. But here there is no order? How would modern 3d Engines draw this? 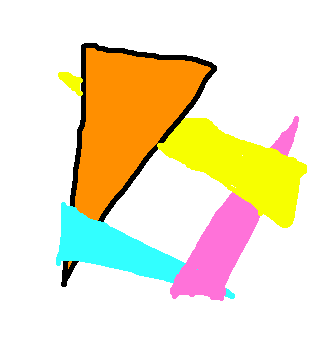 The keyword you are looking for is z-buffering.

When a polygon-based rendering engine calculates the pixels covered by a triangle, it doesn't just calculate its x- and y-coordinates on the screen for each pixel, but also it's z-coordinate. The z-coordinate is its distance from the screen.

The engine also creates a z-buffer for each frame it renders. The z-buffer remembers if the engine already drew something to each x/y coordinate, and if it did, what z-coordinate that pixel had. Before the engine calculates the color of a new pixel, it checks if there is already a value in the z-buffer for these coordinates with a lower value than that of the current pixel. When there is, the pixel gets skipped. When there is not, both z-buffer and the image on the screen get overwritten by the current pixel.

Not the answer you're looking for? Browse other questions tagged 3d or ask your own question.

9
Is it a good idea to simplify a character-driven game engine to the point where it's unnecessary to learn scripting/programming?
7
How do I fix this weird lighting problem?
1
Regulating how much to draw based on how much was drawn last frame
9
How to draw a 3D world with lines, more like a sketch drawing or cartoon
2
View Frustum Alternative
1
UV Mapping Problems
2
How to mimic the same fixed-size horizon as in this racing game?
2
How to rotate actors around the actor like a satellite around the earth?