How to add high score?

Here is my UIManager's script which consists of different functions including the score system.

I got the score system from Charger Games. Here is the link to the Video 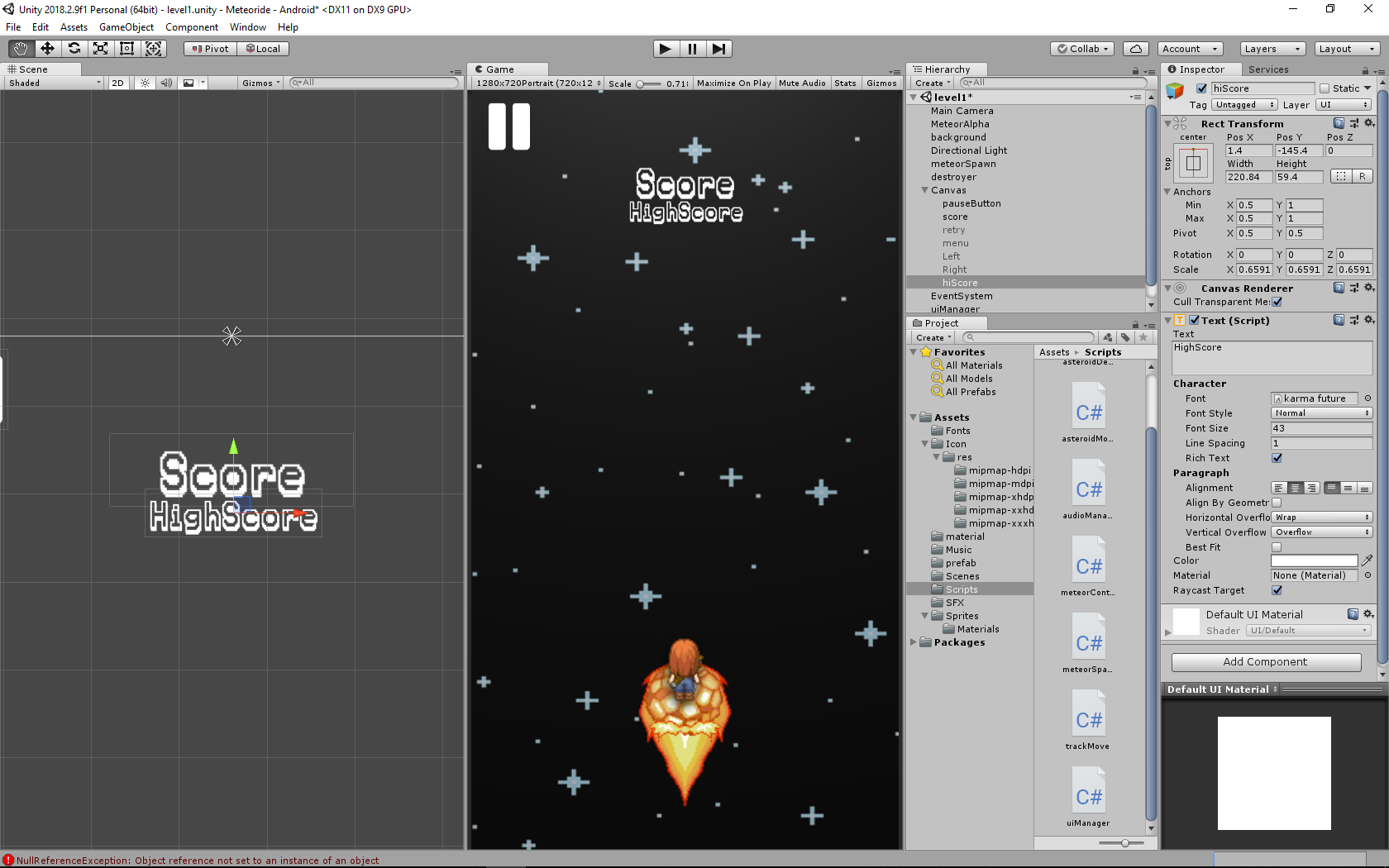 To implement any form of a highscore system, you would need the following:

You already have the last item ticked off - your high score UI objects. So let's talk about storing your score somewhere on the device.

There are plenty of options to pick from. This includes writing to some file on the disk, or the cheaty way of writing it into PlayerPrefs. For the sake of a simple example, let's use PlayerPrefs to store our highscores for now.

Before writing any data to your high score storage, you would want to read from it and check it against the current score. This will determine if the highscore is to be updated. In your case, it would probably be in your gameOverActivated() function.

Once we know what the highest score is, we can decide if we want to update the score with the current score. In the same function:

With that done, from wherever you need to draw the highscore, just call PlayerPrefs.GetInt() with the key highscore and you have yourself an (albeit simple) highscore system.

It is important to note at this point that PlayerPrefs was never intended to be used for storing highscores. We use it in this example as it is a simple way to write to persistent storage on the device. For some further reading, you could try to write to your own file on the device, use an array of scores instead of a single score, or even look up Google Play Services to implement an online highscore/leaderboard system. In whichever way you do it, the fundamental idea remains the same.

Not the answer you're looking for? Browse other questions tagged unity android leaderboards .

0
Saving a high score and updating it as score increases

8
should users be asked to submit high score to leaderboard?
0
How can I save a global high score for all players in AS3?
1
How can I implement online high score in LibGDX?
3
How to completely stop the camera from clipping into the ground
42
Sanitise a high score table to remove offensive terms / usernames
0
score and high score system for multiple levels