What is the purpose of the directory Packages in my Assets directory?

So far I used EditorWindow script but few minutes ago without and alert I have strange stuff in the Assets in the Editor. I see now a new folder name Packages I can't figure out where it came from but for 100% I didn't import any packages at all.

Second when I put the mouse on it and right click I can't delete it: 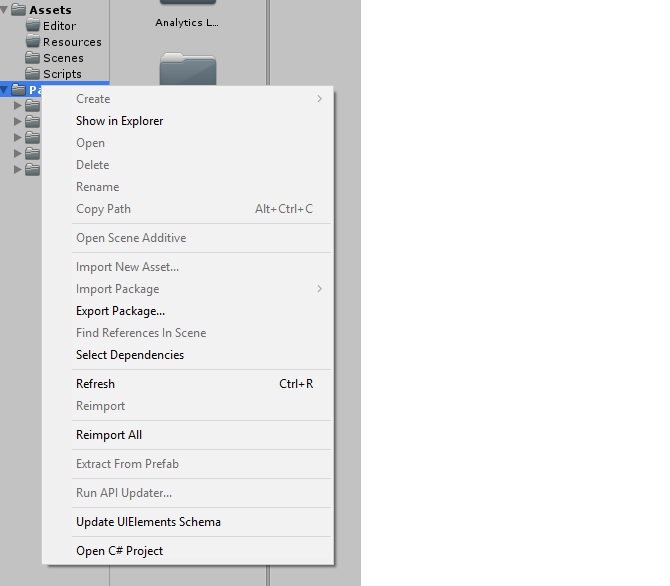 This is how the Packages looks like, Very strange thing: 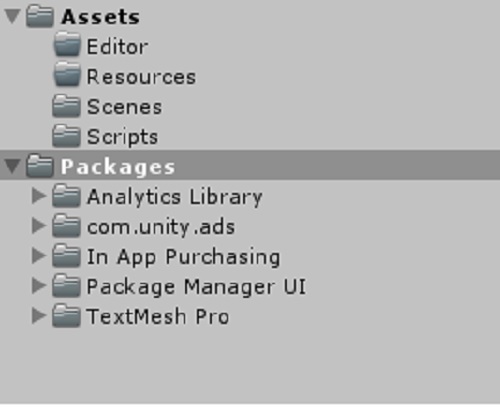 Another strange thing but maybe it's connected to this Packages is that in the Scene view window I have this blue thing like a line or something that if I click on it it will be blue if not clicking on it it's black. Not sure what it is. It's not an object in the Hierarchy. Not sure where it came from.

I tried to restart the Unity over again but nothing same strange stuff. 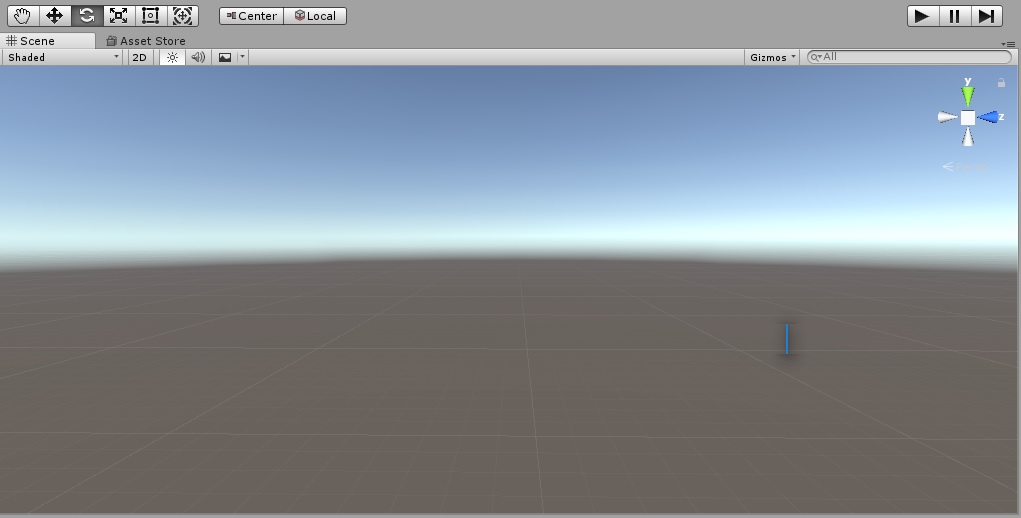 I see the Packages folder on the Hard disk now but when I make double click to get inside I see only one small file: manifest.json

And I was working and working with json file format to save and load but I can't figure out what is going on in the scene view and in the assets.

This is where the new Package Manager, available in Unity 2018, stores installed packages. You can read up on it here:

First, there's one mistake made in this situation:

The Package folder is not in the Asset folder, but in the project's root.

This was a small change done to Unity since the 2018 version to allow the engine editor to be more versatile and autonomous when it comes to third party plugins and packages imported into a project. Prior to 2018, most of the things you find in the Packages were either automatically included by default (even if not used) in every Unity builds, or had to be imported in the Editor folder that was outside of the Asset folder.

In the Packages folder, the engine automatically add some "default" packages such as Unity UI, Analytics Library, Unity Ads, etc. The importance of each folder is based on what you need in your project.

Should you erase all of them? While it's possible to erase 99% of them, I suggest you first take a look at each Packages' names. For example, if you use the Unity Colalborate feature (multiple developers working from different station), you need to keep the "Unity Colalborate" package. If you're not using the Legacy UI, but an actual in-scene canvas for the UI/Interaction/buttons, you got to keep the "Unity UI" package. If you plan on having some Advertisement in your game (like on Mobile) and want a relatively quick & easy setup for fetching the ads, the "com.unity.ads" includes some really versatile tools. If you plan on having in-App purchase, there's a default package for that too.

One of the reason why this change was done to the Engine is also to allow a better flow with Unity's Asset Store. Prior to this change, when you bought a plugin in the Asset Store that was supposed to be located in the Editor folder (so that the in-editor tools could be displayed), you had to manually move files around which was a real Q&A issue as someone making a mistake could ended up breaking a project. With the addition of the "Packages" folder, not only is it possible for the Asset Store to add all the Editor & Assets of a plugin into the project folder, but it's also possible to update all those files without any user interaction (other than starting the update from the Asset Store).

If you want to remove those folders, at least I suggest you first do it through the Package Manager (Window/Package Manager). This menu explains what each package does and has a cool little "Remove" button that ensure each package are properly removed. (In the Packages Manager, the installed packages have a checkmark on the right of their version number. Those without a checkmark are available, but not installed in the current project).

1
Unable to open project from a scene.unity file
1
How can I get an asset for my ObjectField?
1
How Can I See, Have, Use, and Not Compile Available Assets in Unity?
0
AndroidManifest file was deleted by accident
1
Why I keep getting null exception?
2
What is the package-lock.json file for in Unity?
2
I can't select my local package in Asset Store Tools
1
How to browse packages in Unity?