You can find all the equations, formulas 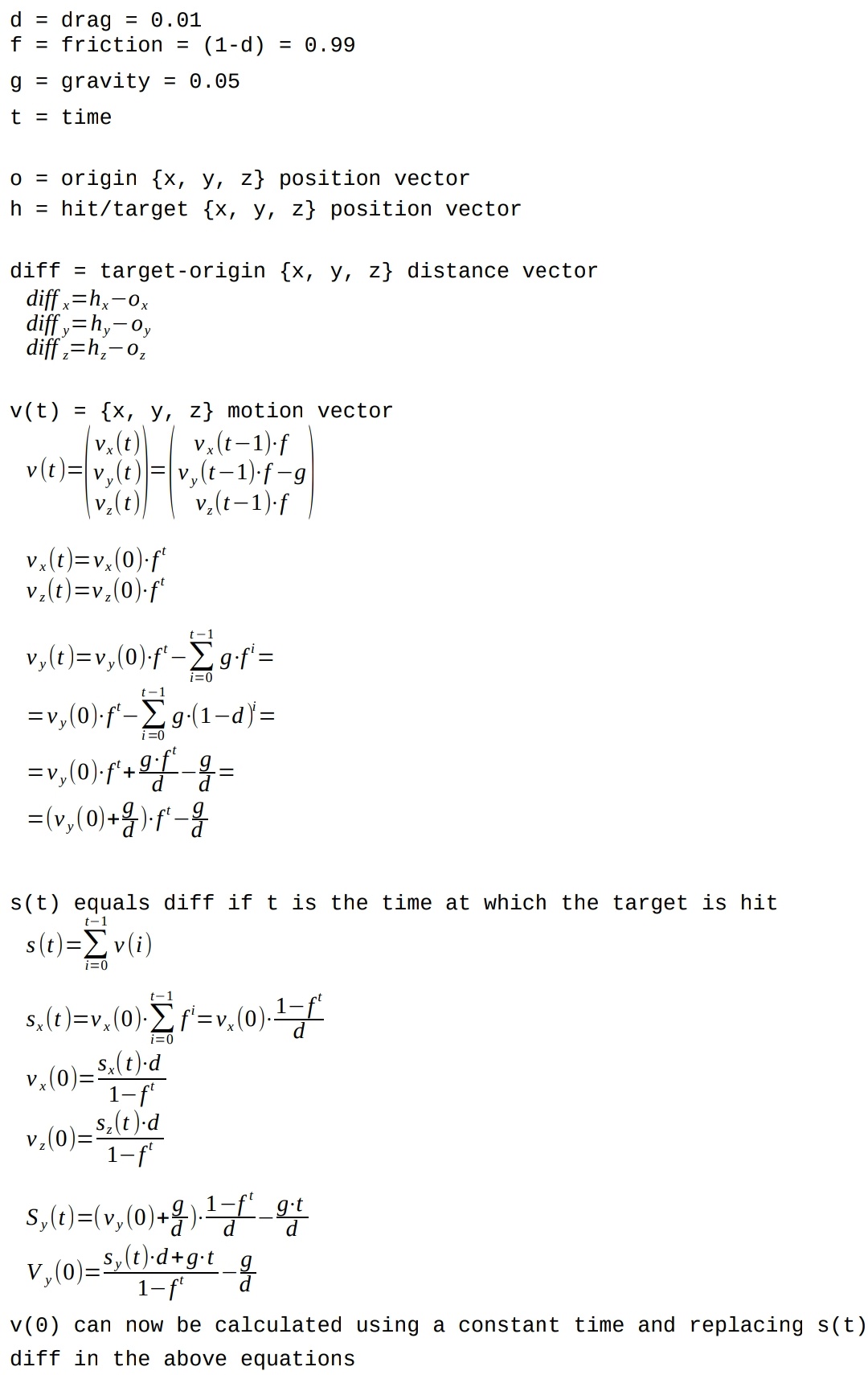 As you can see I'm already able to get the initial motion using a constant t but that makes the projectile slow or fast depending on the distance between target and origin because it will always take the same time independently from the distance. I'm bascally not able to choose the initial motion vector lenght (which is the arrow speed), it depends on the constant t used. So what i need is to calculate a t depending on the speed i need.

I'm thinking about getting the t from the motion vector lenght = speed equation but it's too big, and i don't even know if it's the right/best way

Browse other questions tagged projectile-physics or ask your own question.

11
How can I launch a GameObject at a target if I am given everything except for its launch angle?
7
How do I determine a good path for 2D artillery projectiles?