What is “mapping seams” and “hard edges (doubled-up vertices)” in UV?

According to GPU: Optimizing model geometry:

What is "mapping seams" and "hard edges (doubled-up vertices)"? Can someone point it out with image (use software like Maya/3Ds Max/Blender)?

Here are my guesses, but I don't know if my guesses are right:

I guess "mapping seams" is the "UV edge" 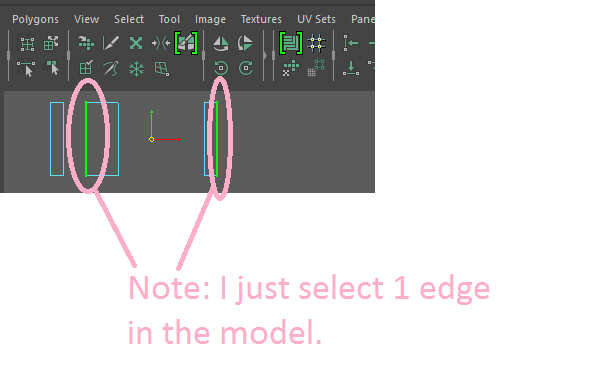 But I think it doesn't make sense when they said keep the number of UV edges as low as possible, of course I can't reduce the number of edges in my model, so I don't know what is "mapping seams".

About "hard edges (doubled-up vertices)", I guess it's double edge overlap each other by human's accident.

Inside the GPU pipeline, each vertex represents a unique combination of:

If multiple polygons share one of these GPU vertices, they share all of the above. That means:

We don't always want all of the above though. Consider this image of a texture mapped cube by Zephyris, via Wikipedia: 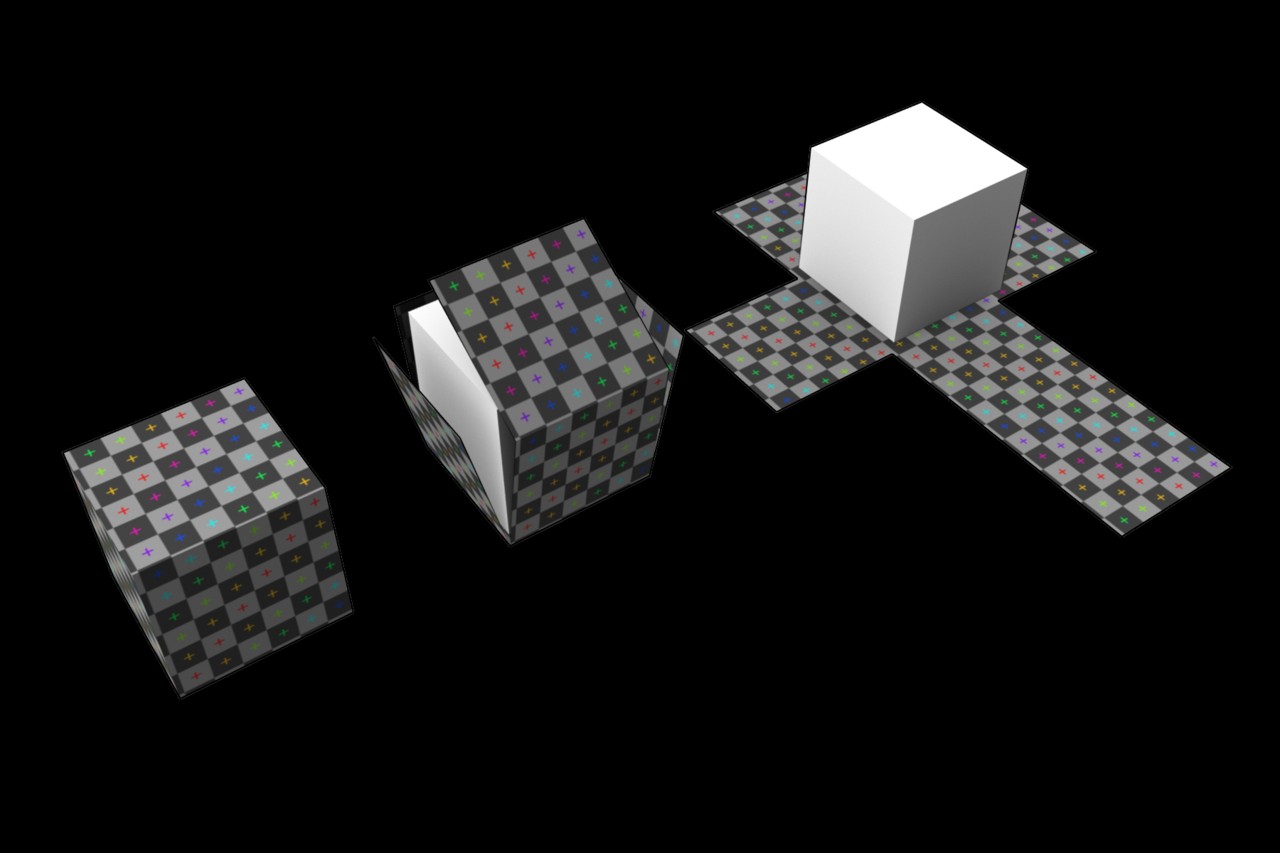 Here we can see as we unwrap the cube onto the flat plane of texture space, we have to cut it along certain edges (making a "net" we can unfold flat). Some faces of the cube that meet at the same place in 3D space end up sitting in very different parts of the flattened texture space (like the two far edges of the cross). That's a texture discontinuity, called a "seam" (by analogy with sewing, where to make this cube out of a sheet of fabric, we'd have to stitch-together these cut edges).

This has a slight overhead, since it's increasing the vertex count of the model, meaning more data to transfer to the GPU and process when rendering. So that's why you'll find some guides recommending to minimize cases where you need to split vertices in this way. Avoiding unnecessary seams also helps when painting the texture, as it cuts down on places where the artist needs to match the texture on one edge to that on another edge elsewhere in the texture to avoid visible seams, or where mipmapping can cause unwanted colour leaks.

The same thing happens wherever we want a "hard" edge, where the shading changes sharply On the cube above, all six faces point in different directions, with hard edges in between. So we'd need to split every corner vertex to provide a different normal vector for each of the three faces that meet there. So in the 3D modelling program it might look like we have 8 vertices, but we actually end up sending 24 down the rendering pipeline.

This overhead is quite minor compared to other costs in the rendering pipeline, so it's not something you need to go out of your way to avoid entirely. Every textured 3D object that isn't just a mostly-flat sheet will need a texture seam somewhere, so it's usually just a matter of choosing where to put it to make your texture artists' lives easier. ;)

When you have mapping seams, there are 2 texture coordinates in one position to make sure the triangles lie on completely different parts of the UV coordinate system. Since you can't do that normally, you have to cut the model at that edge and duplicate the vertices. They'll have the same position and nornal, but different UV coordinates.

Hard edges are almost the same, except it aims to separate the normals. This is required to achieve that usual low-poly style, since if the normals weren't separated, the lighting would be very smooth.

So the only real reason you need to avoid this is because it's just more data to push to the GPU, but since these techniques are mandatory for some effects you really shouldn't care about it that much.

Thank DMGregory for the detailed answer. But I like to explain it visually, I think it's best to read the answer of DMGregory first and check the visual explain below. 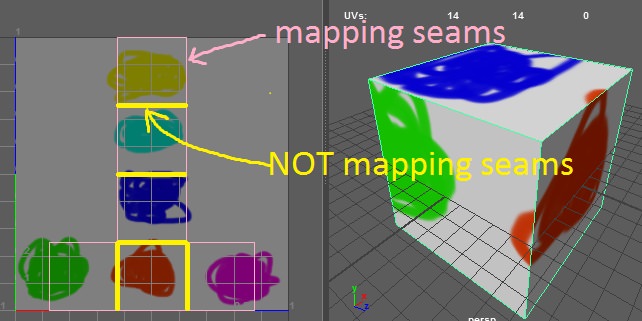 Not the answer you're looking for? Browse other questions tagged terminology uv-mapping 3d-modeling or ask your own question.

3
Procedural mesh comes out black in any shader
0
What does 'vertex splitting' mean?
0
Material looks different on programatically generated mesh compared to resized default cube mesh
1
Is there a way to specify normals as per-face instead of per-vertex in Unity?
0
Not understanding how indices and texturePositions are mapped to vertices in LWJGL

30
What exactly is UV and UVW Mapping?
1
Sphere Texture Mapping shows visible seams
5
Seams between tiled textured cubes
0
How does UV mapping work for the spaces between vertices?
2
Allow a Player to Navigate the 2D surface of a 3D mesh
0
Where is better to do shaders, vfx, uv-mapping and coloring?
0
UV mapping. Texture blurry and overlapping. Unity3d