I'm creating a simple match three game in Unity. I've opted to use Unity's UI system as it takes care of resolution scaling for me. The project is quite simple, at runtime I am programmatically creating an 8x8 grid of tiles via the script below. This script is attached to an empty Game Object residing within a canvas.

I suspect this must be due to canvas scaling, so I have attached an image of the canvas's settings. 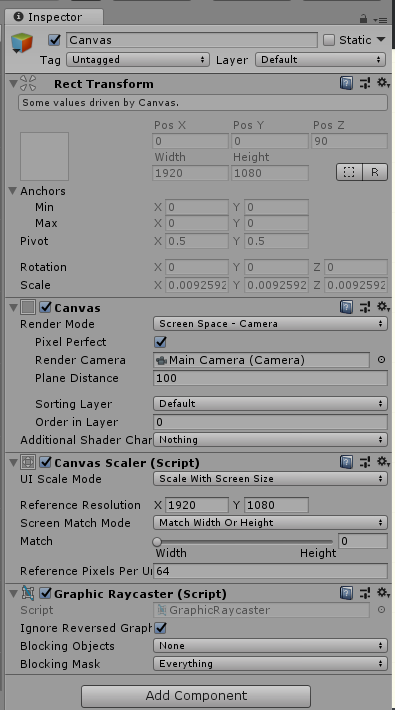 I tried every different way of instantiating a game object and the value of pos z would only be correct for the first one instantiated. The only thing that would work for me is Instantiating the Game Object and then setting the localPosition.