I have an object (a simple card) equipped with the Rigidbody, Collider and Animator components. In particular, Animator performs two simple clips: Cover and Uncover that rotates the card 180 degrees. The first starting from 0 degrees to 180, the second from 180 to 0.

So the clips should cover or uncover the card. The problem is that the card returns to its original state.

For example, the original state of the card is the "uncovered state" so when I click on it to cover it covers as expected. The I register the state "covered" programmatically. However, immediately after the animation ends, it returns to its original state (uncovered). The card now has an internal (C# variable) state as "covered", but I see it to still be uncovered. When I click it again, will be fired the correct animation clip: "uncover".

What should I do to leave it covered at the first click?

I have uploaded here a short clip that shows the behavior of the card, also below find some screenshots that refer to the various views of the IDE that may have useful information. The video clip is uploaded to Dropbox for the while.

The video of the behavior: Dropbox link

The code of the Flip script: 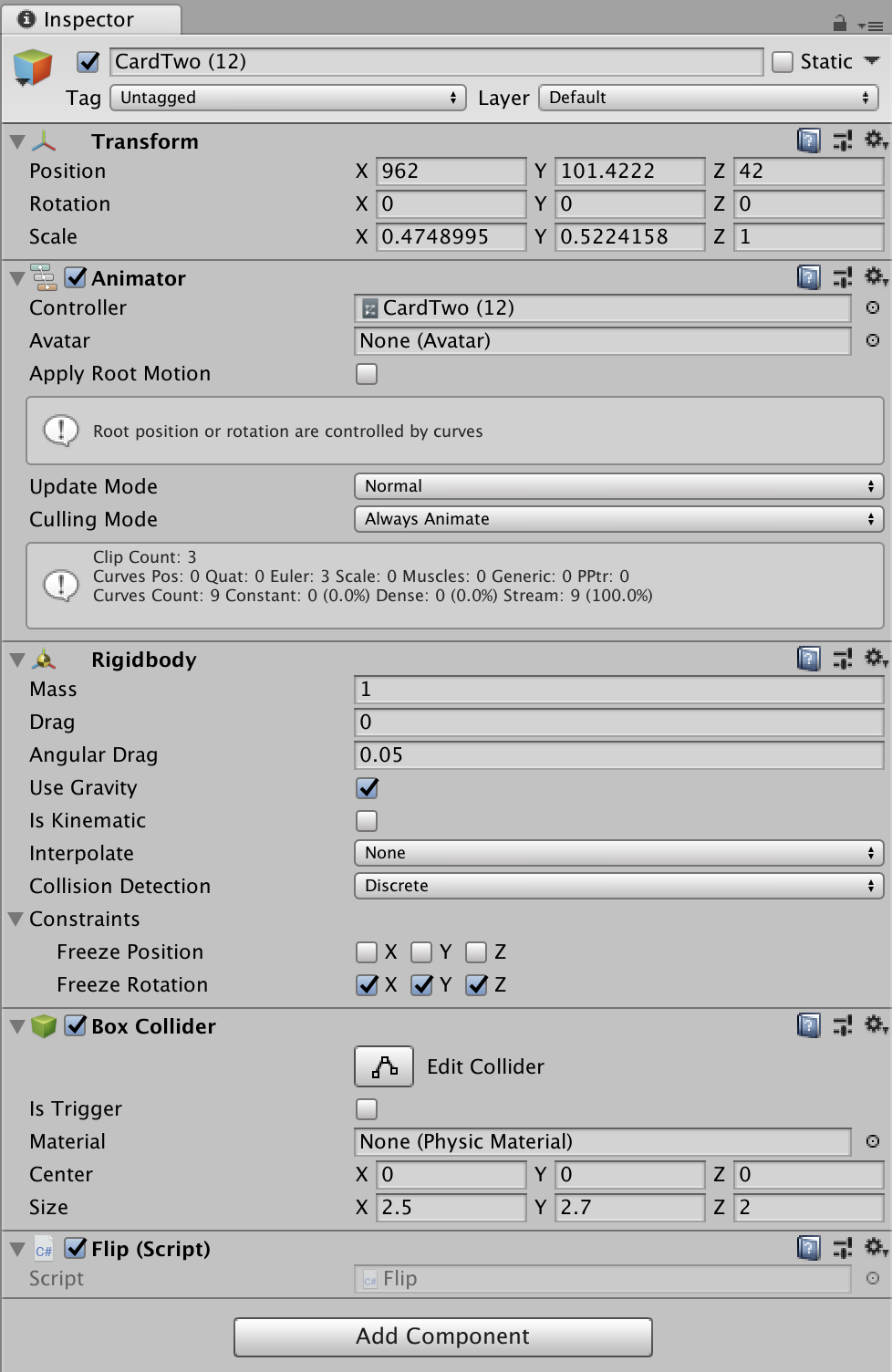 Both Cover and Uncover transition into the same Idle state.

So you're saying, "no matter what this card does, it has only one resting state"

Instead your state diagram should look like a loop:

The transitions from Covered to Uncovering, or from Uncovered to Covering, should be conditional on your covered bool variable, so you can trigger the transition to the opposite side of the loop by setting this variable to the new state you want.

Not the answer you're looking for? Browse other questions tagged unity c# animation animation-states or ask your own question.