How do I calculate the exit vectors of colliding projectiles?

I'm trying to create projectiles which bounce/ricochet off one another when they collide in mid-air.

All projectiles are spherical and have identical size, mass, and speed. Each has two vectors: one representing its current location and the other its direction and speed. (Vectors, here, basically being <x,y,z> tuples.) The distance/direction between the two projectiles can easily be calculated as a fifth vector.

In my head, I envision the ricochet as reflecting each projectile's velocity off of a plane perpendicular to the line between the two projectiles, but Googling for "vector reflection" and the like just gets me pages full of math I don't know how to translate into code. :-)

How can I model this collision? I'm not worried about real-world factors like drag, friction, or gravity — simple reflection is enough.

Here's some code from Gamasutra which calculate the velocity vector of two colliding circles (edited to exclude mass):

Here's a flash demo I created to illustrate the concept: 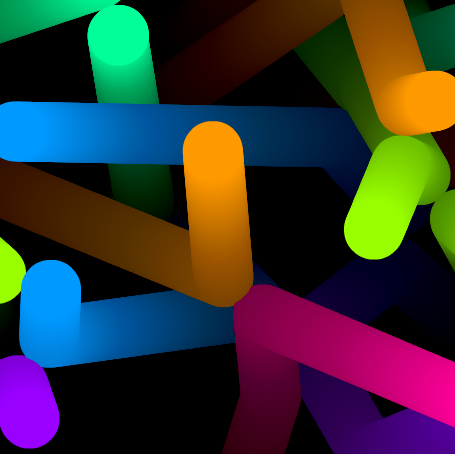 A little correction to lukevanin's answer, the balls can end up sticking to one another by colliding perpetually, this problem can be resolved by preventing collisions between balls moving away from one another, this phenomena happens to coincide with optimizedP being negative, so here is a simple fix:

Reflection is unnecessarily complex, the problem is much simpler than that.

Consider two projectiles (A and B), where A is moving and B is stationery. At the point of collision all the force in A will be passed onto B, resulting in A coming to a complete stop, and B shooting off at the speed that A was travelling at when it hit. That's exactly how a newtons cradle works.

What actually happens is that A's velocity is added to B. We know that every action has an equal and opposite reaction, so the same velocity is subtracted from A. The result is A's velocity vector is transferred to B, and vice-versa.

Now consider if A and B are flying directly towards each other. At the point of collision we add A's velocity to B, and subtract the same value from A. We apply the same calculation to B since it is also moving. The code would look something like this:

This can be simplified by removing the unnecessary arithmetic:

As you can see it basically boils down to swapping the vectors of the two particles.

The reason why such a simple system works is that we're assuming perfect elastic collision and projectiles with identical masses. In a more complex system with different masses you would need to base the calculations on the force rather than the velocity, but is based on the same principles.

Here's an example in Flash which I put together to illustrate the concept. 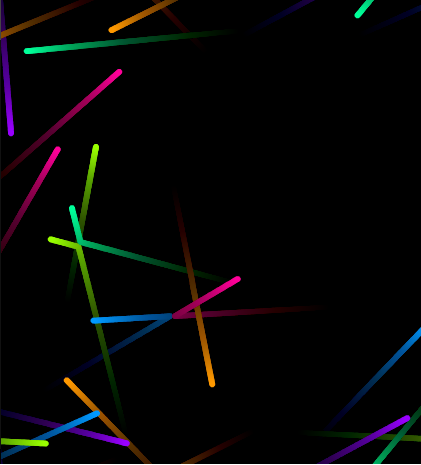