As I have sometimes problems with intellisense in visual studio using unity, I searched for some answers. It was almost every time pretty much the same: Reloading the project. But in my solution explorer, there is not even a project showing that I could reload. Are you able to manually create the project or are there some reasons for that behavior?

edit: What I've tried so far:

Doing the last point created - as intended - a new solution, but there is still no project created, as you can see in the following picture (Projektmappe = solution). That's how the solution looks like. 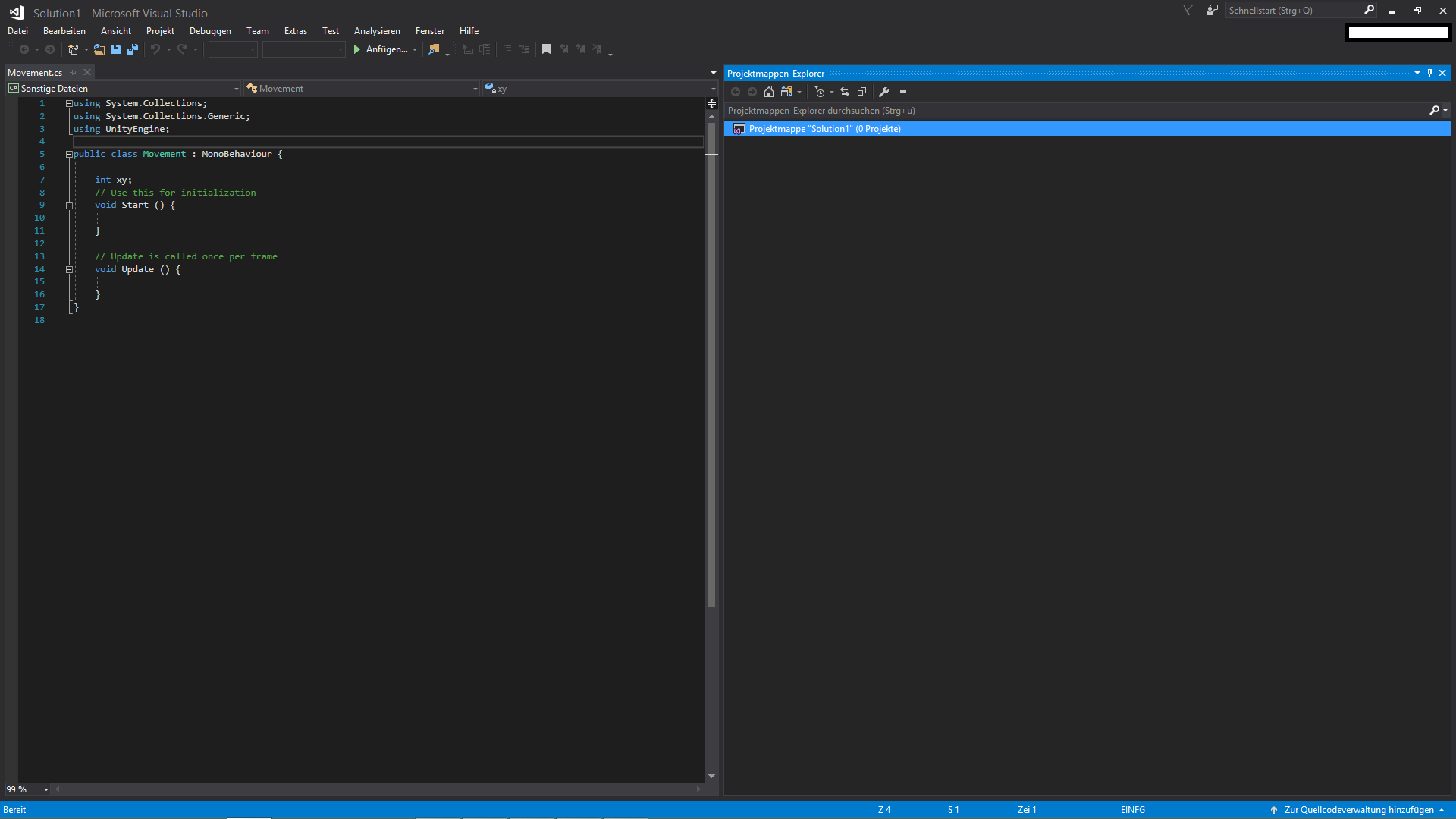 While opening the script from Unity, it shows the message in the following picture. Translation: 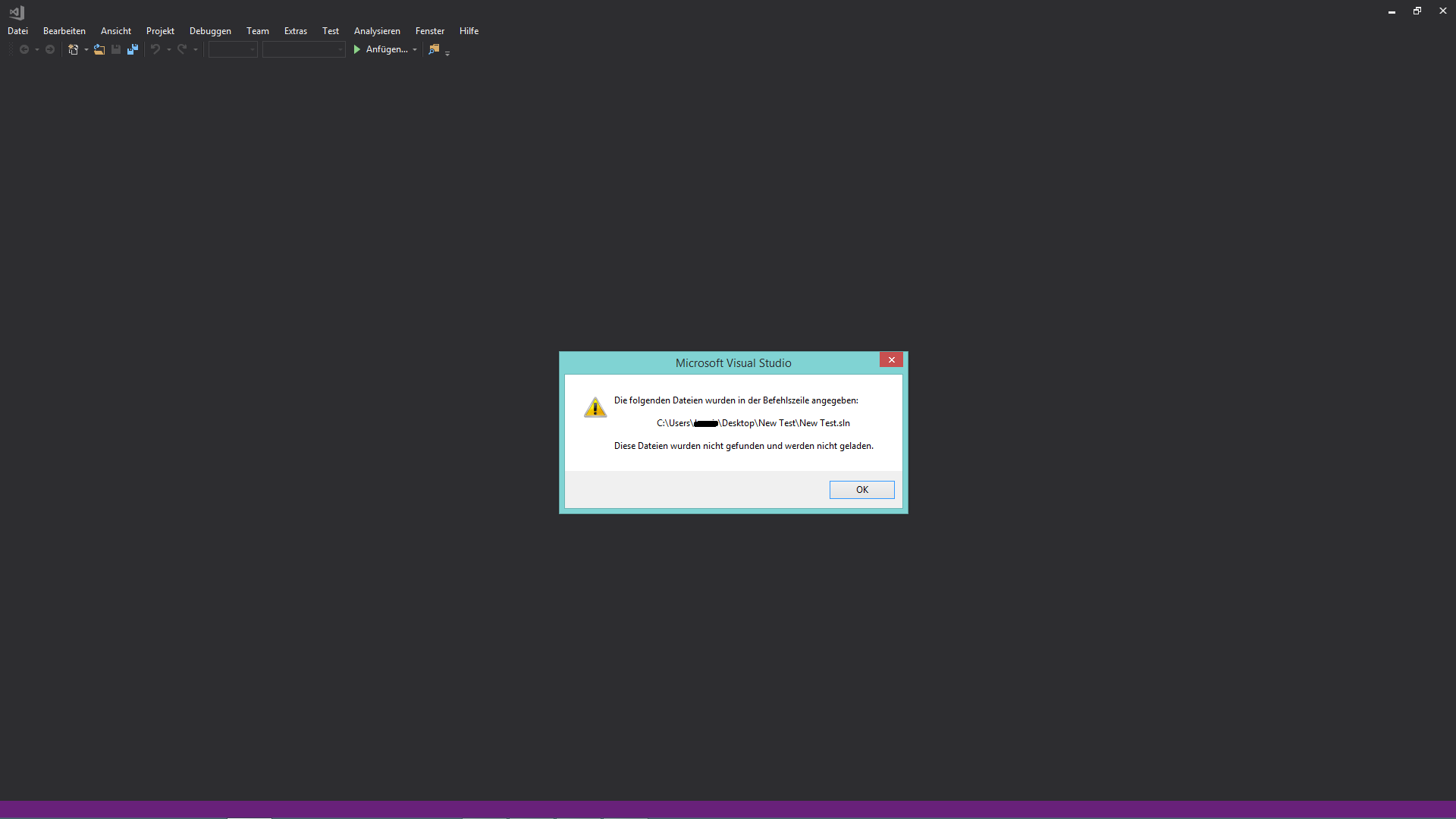 "The following files were stated in the command line: [source path (name censored)] These files were not found and are not loaded."

When trying to open a script from a different (new) Project, it showed the same message, which leads to a new problem: Even in new unity projects, the solution cannot be opened, and the scripts are all assigned to a certain solution ("solution1"), which is the one that was generated. (Even scripts from different projects end up in the same solution!)

So at the moment, I have no idea what else to do. Is there something simple I'm just missing? Or should I reinstall one of the 2 programs? Or might the update of unity be the problem? (exact versions mentioned above)

If there's any extra information needed, please just mention it in the comments. (I'm not so sure what might be helpful and what isn't)

It seems there is a problem with asmdef files in Unity 2018 with Visual Studio 2017, you'll need an update.

You can try the following:

This will most likely solve your problem. If not:

Happened to me too. Solved it by setting Visual Studio as the default 3rd party tool as scripts editor in Unity's preferences.

It happened to me too. I solved it by updating visual studio.Try installing the latest version.

I wasn't able to find anything that specifically targeted the problem you described. It's possible that this might be an issue that occurs only from updating one of the products from one version to another. As a general troubleshooting solution, try the following:

Have you tried simply deleting the .sln and .csproj files from the root directory of your project? That’s will force Unity to regenerate them from scratch if they got mangled somehow Unity doesn’t recognize as a problem.

You might inadvertently fix this problem by reinstalling everything but this potential solution is worth 30 seconds to try. It worked for me. Within Unity: Edit -> Preferences -> External Tools -> External Script Editor -> Change "Open by file extension" to Visual Studio).