How to set default pose of model from Blender? (Exported as FBX)

I have a model that has lots of animation clips(actions). 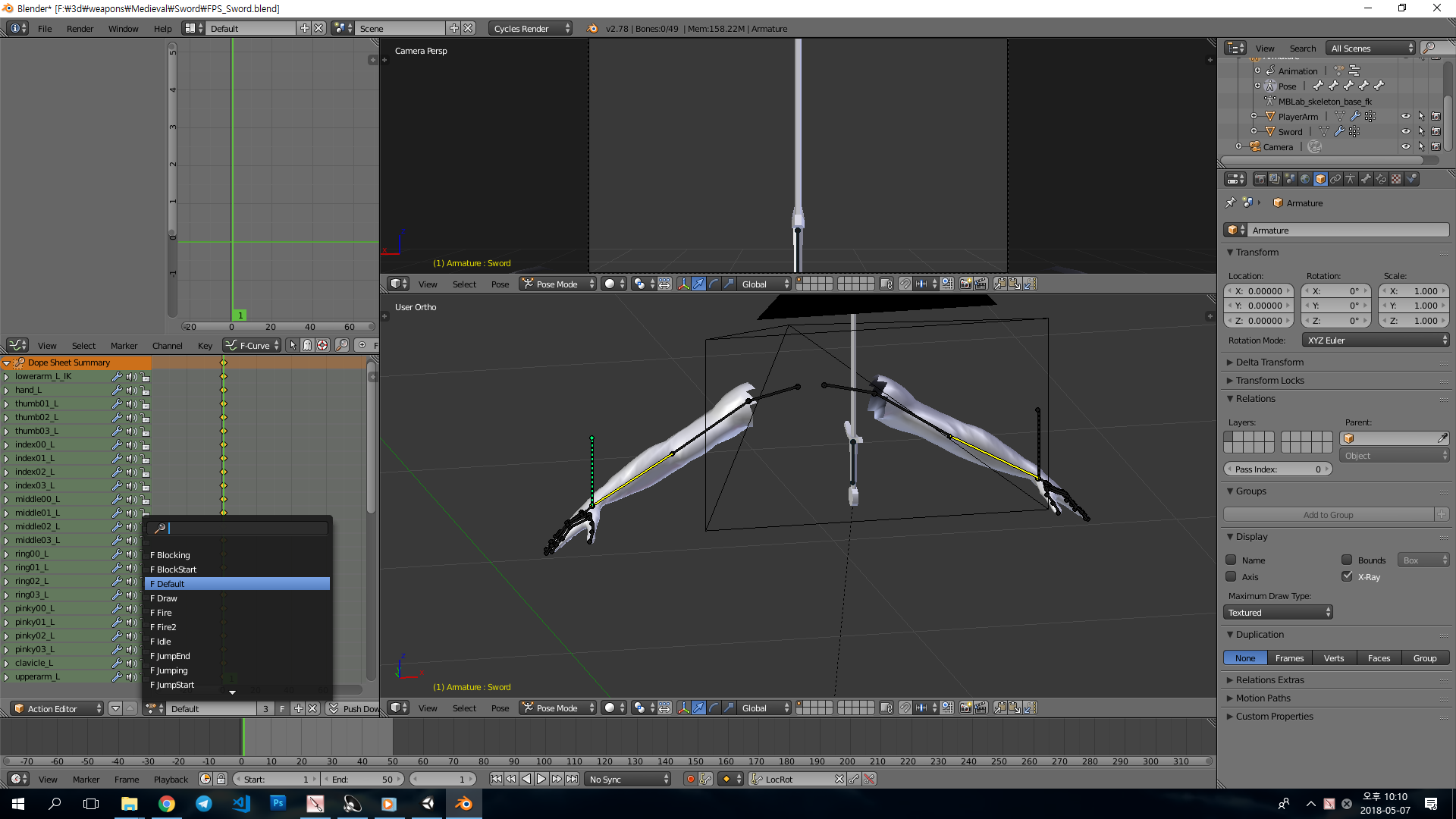 Before export as FBX, I set the pose to named "default" pose and exported as FBX like this. 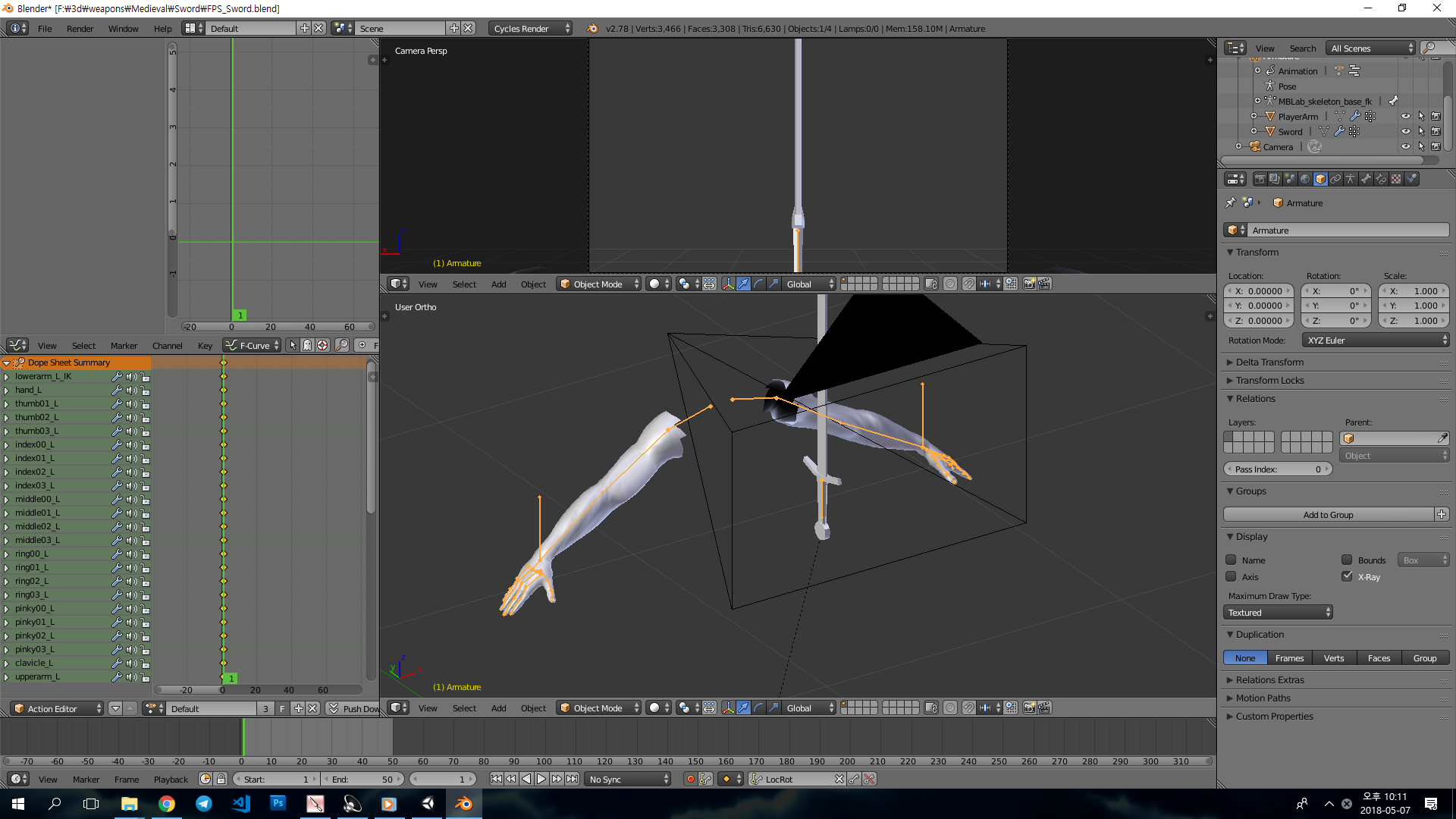 But in Unity, it's changed to first animation clip in animation list in Blender! 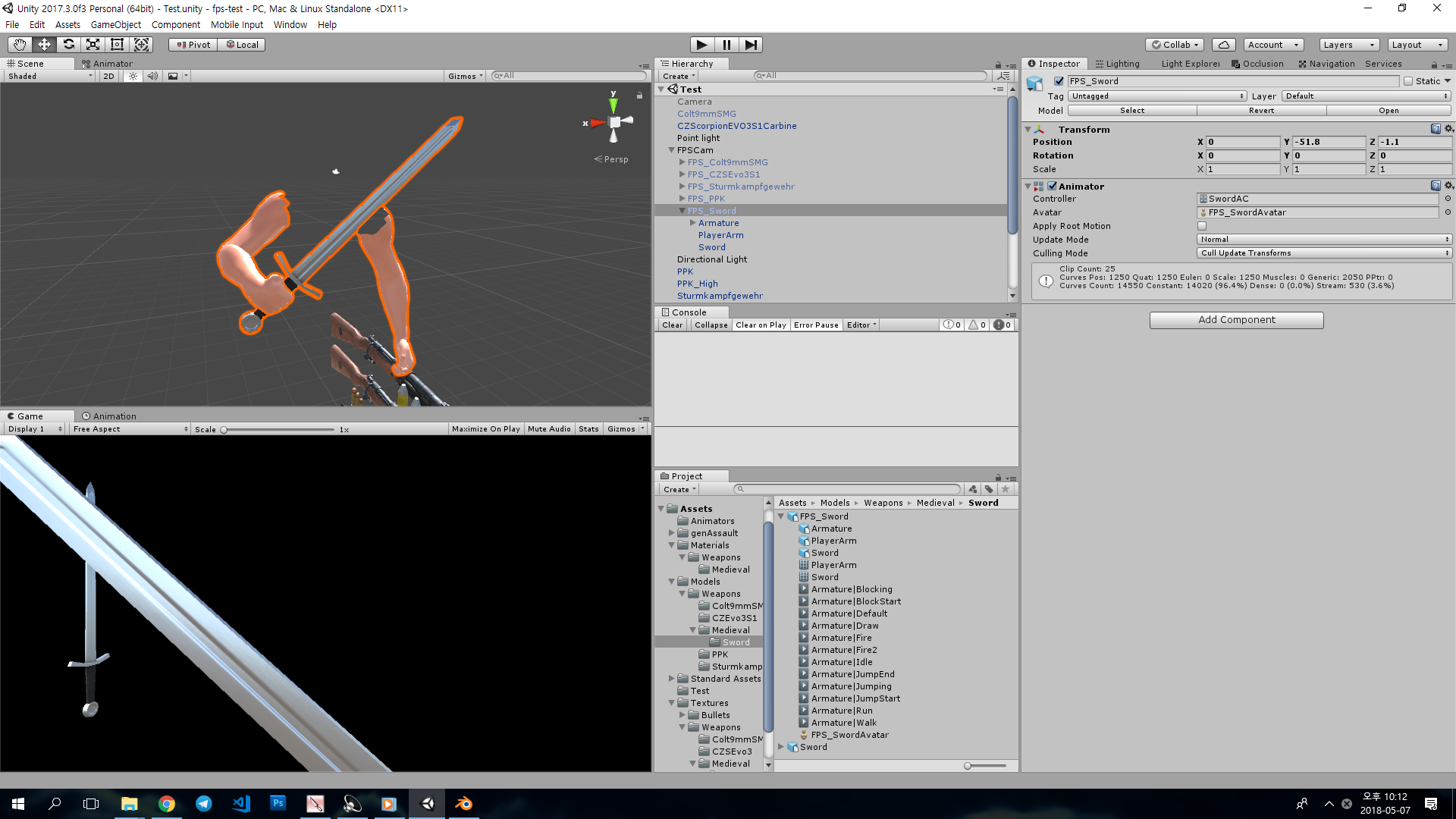 I try to fix it, but there is nothing I can do. I can't change the order of animations in Blender and Unity either.

This wasn't first time, I had same issues before but I just ignored because it's fine in game play, but I really want to fix it this time.

unity animation blender
Share
Improve this question
asked May 7, 2018 at 13:17

You should Know that Unity takes the "default pose" from the first frame of the first animation.

Also Unity classifies them as they are in blender: 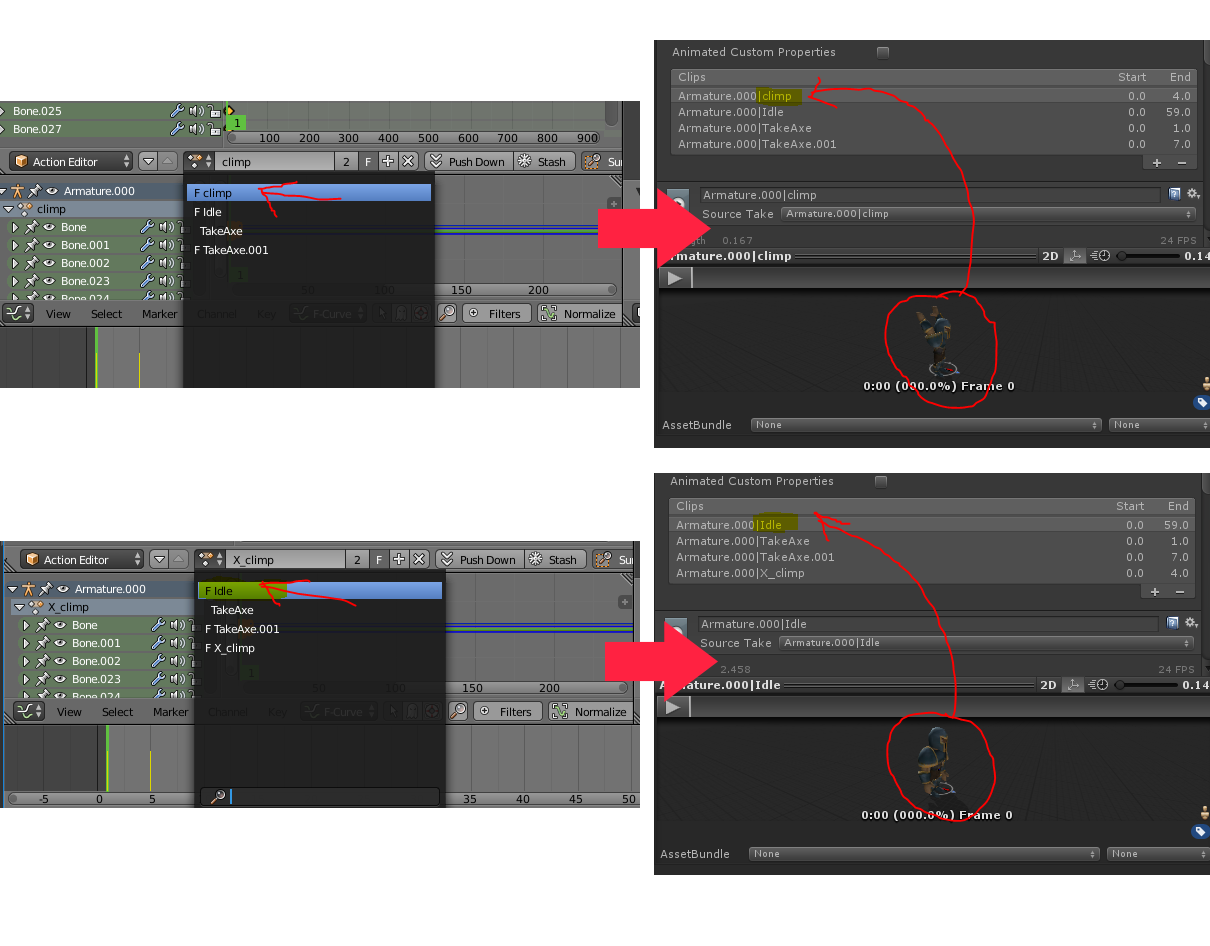 [Solution] 1 - Always create an Idle Animation and set the "default pose" in the first frame, and rename it to be the first animation.

2 - set "default pose" on the first frame of your first animation(action) in blender, so Unity can understand that's the default pose.

(don't forgit to Reimport the .FBX in Unity after making changes)

As Sidar said, change name of "Default" clip to "_Default" should be work. It's not complete solution, might be fix for now.

Not the answer you're looking for? Browse other questions tagged unity animation blender .