It is said in the documentation that the button may be disabled only if the creation of the script will lead to an error.

This option is disabled if adding a test script would result in a compilation error.

But I do not understand this. How could a creation of the script possibly lead to an error?

I will be grateful for any help provided. 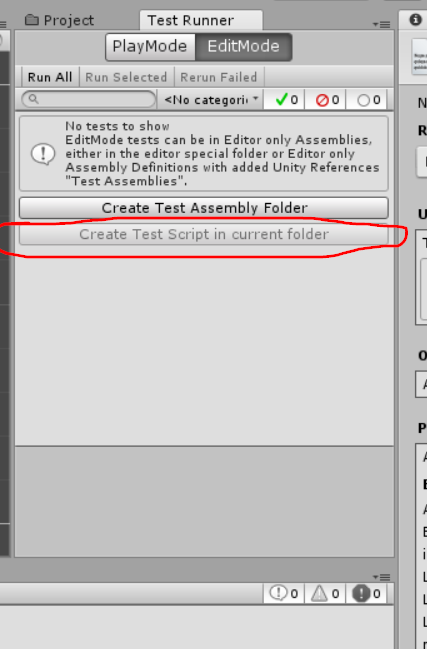 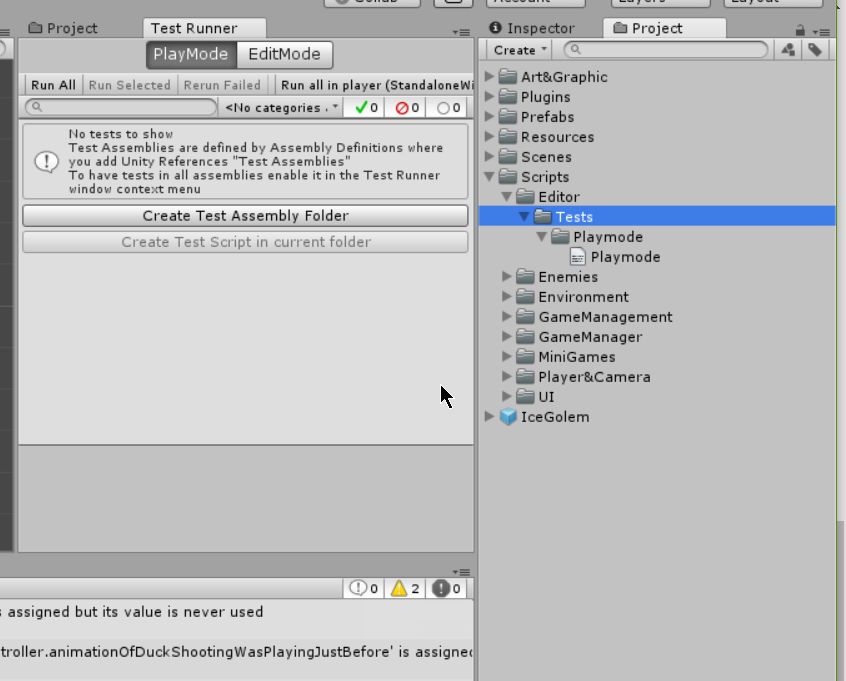 I found here a little bit more info, but it did not help me out. 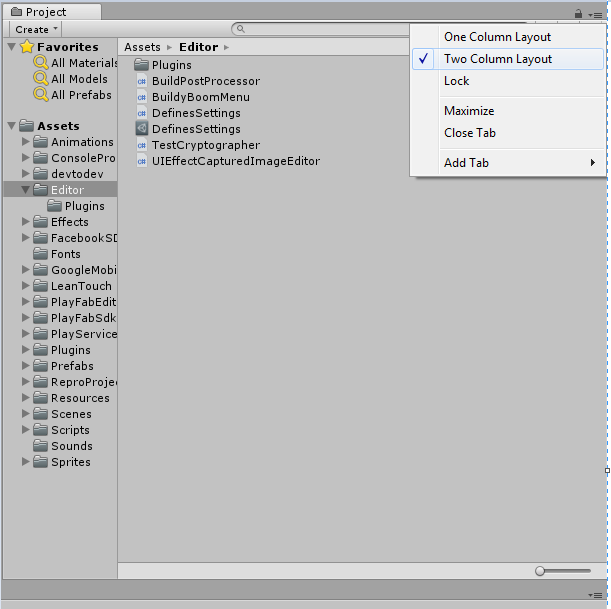 And then open or click Test Runner tab - it works!

That button is disabled to prevent you from creating a Test Script in an unsupported location.

According to the Unity Test Runner documentation you linked, tests need to be placed in a special folder such as an Editor folder. Valid locations:

A test script outside these valid locations would result in a compilation error (in Unity 2018.1) because UnityEngine.TestTools and NUnit.Framework namespaces which are required for test scripts would not be recognized. 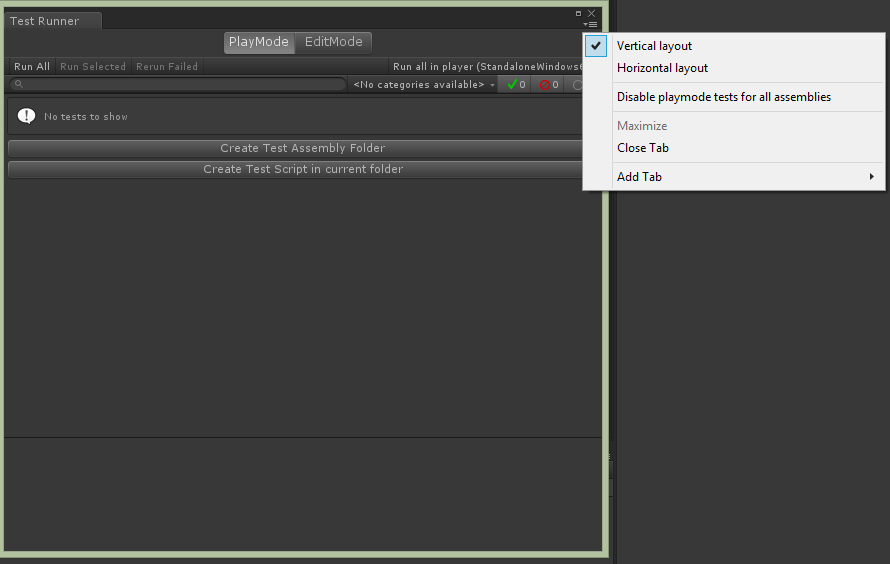