I found out how to rotate both Sphere and Cube (1) like a Turret facing a target but why is it so hard?

Then added to the scene: 2 Cubes and 1 Sphere 1 empty GameObject.

Cube is the target.

I had to figure out where is the Sphere facing direction before running the game and change the Cube (1) to face the same direction of the Sphere on the Z Blue axis. 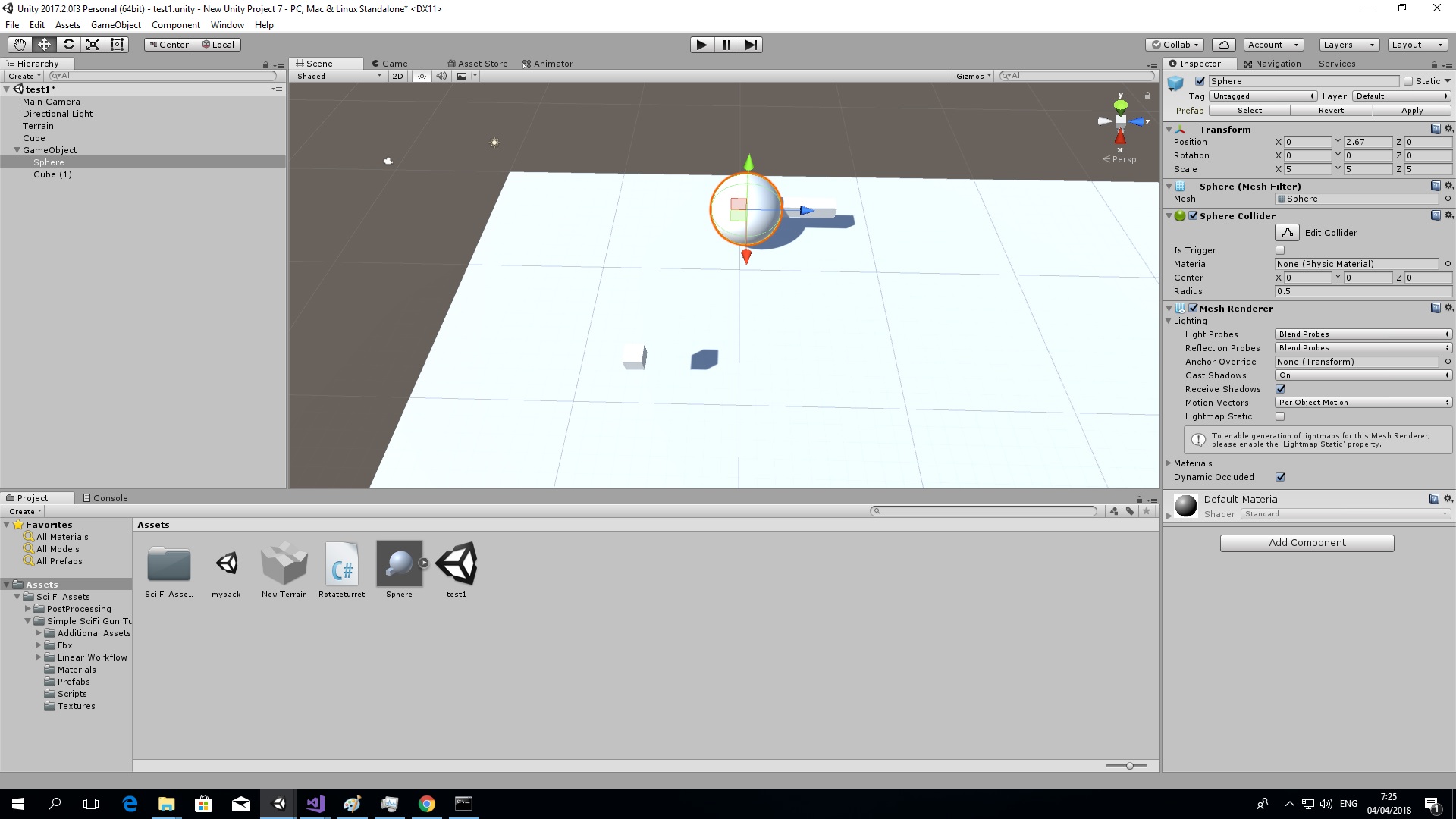 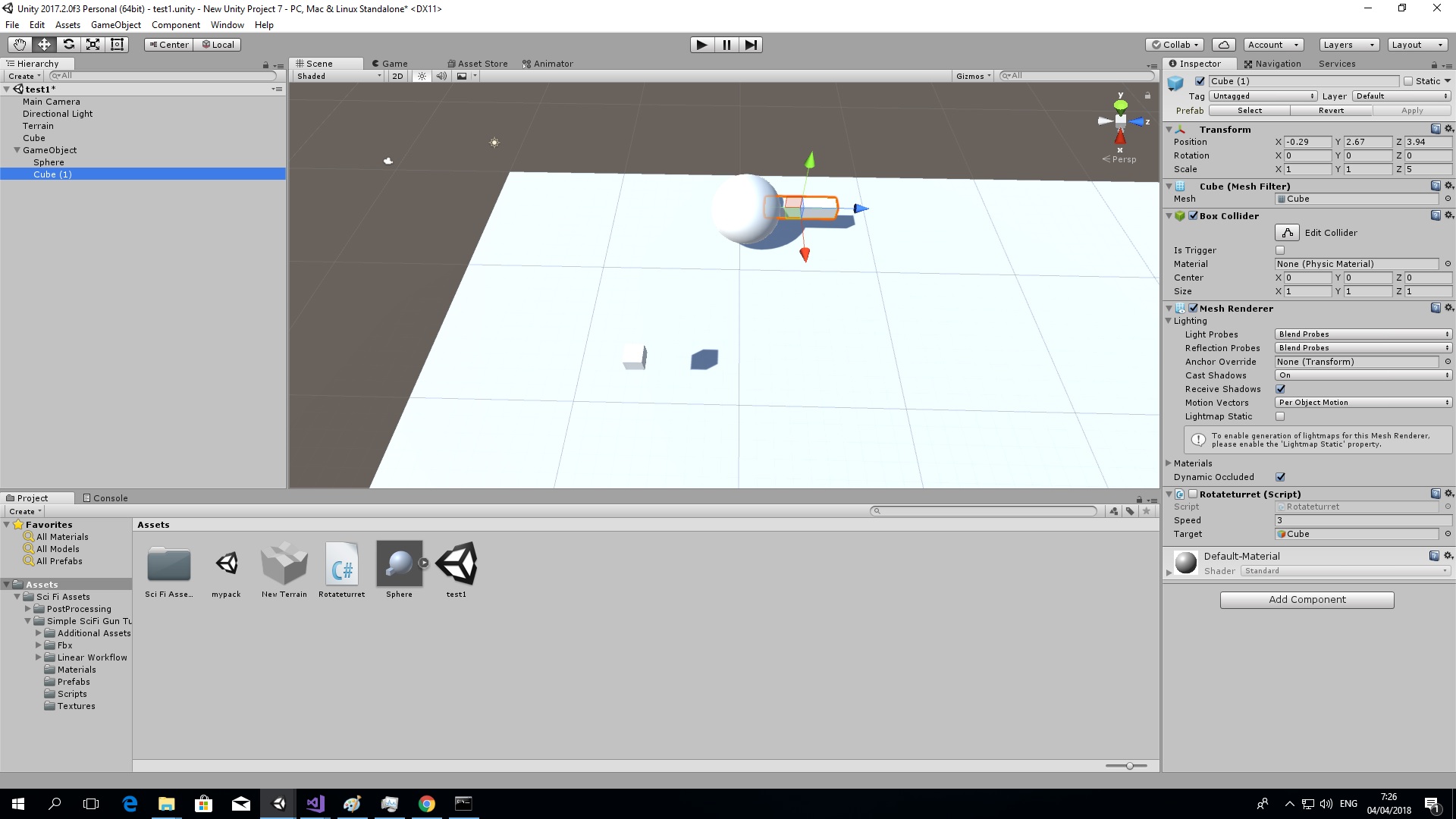 I can't figure out yet and understand why is it so hard to rotate two objects at the same time to be facing the same direction (target).

Now it's working once the sphere and the cube (1) are facing same direction before running the game. It didn't work if I made them childs or parents or changed the Cube (1) position to 0,0,0 nothing.

So now each time I want to rotate two objects at the same time to face another gameobject like a turret, or cannon or anything that is built of two parts I need first to make them facing same direction ?

I guess I did something wrong but not sure what.

Here is a link for a short video clip I recorded showing what I mean:

Video clip of the problem

Set the scale of your child cube to (0.2, 0.2, 1) instead of (1, 0.2, 0.2) so that it looks like it's facing the forward/z-axis. The rotation you are getting is correct. Visually it looks like it isn't because you incorrectly scaled the turret.

0
Vector3.Angle() Never Reaching 0
0
Rotate bone on 1 axis to look at another object - Unity 3D
0
How can i scale a cube on one side on x only?
1
How can i rotate both NPCS facing the door moving to the door and then...?
3
How to completely stop the camera from clipping into the ground
0
How can I make the objToRotate speed to rotate depending on the target moving speed?
0
Why the transform is not looking at the target?