How can I generate random levels like in “Square it!” game?

In this game, you have a 2d field with some free squares and two colored squares which you can move but only together (they'll move only if the spot is still "free"). And you have to fill whole free space.

Here is a video that demos how the game is played.

How can I generate random game levels like in that game? 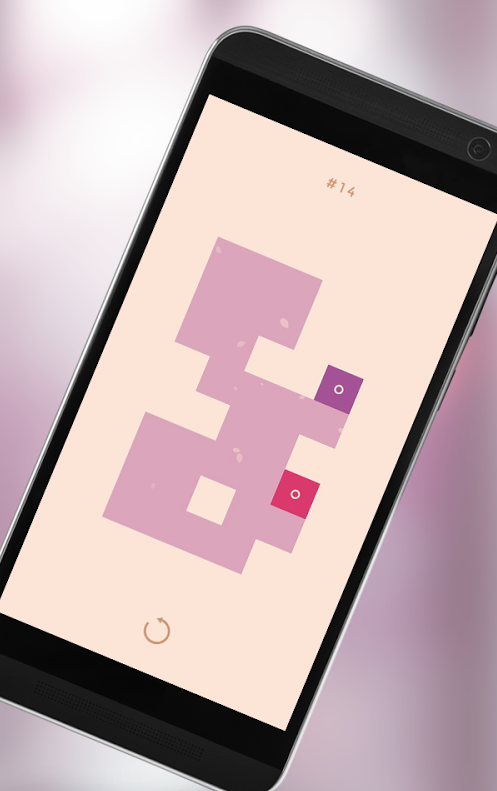 The following should be enough to generate a level for a clone of the game:

These are the things you can tweak:

Note: it is possible that the above algorithm has steps in which it does nothing. That is ok. Eventually it will run out of iterations.

Teak until you have satisfactory results. You may consider to make the distributions a function of the number of level to create a difficulty curve.

Addendum: A variation is to pick a set of destinations blocks, and on each iteration you decide for which one of those you want to go. You may, for example, always pick the nearest one, or pick at random.

Not the answer you're looking for? Browse other questions tagged algorithm procedural-generation level-design or ask your own question.

8
Random generation of interesting puzzle levels?
20
How can I generate random maps that feel like Age of Empires II random maps?
0
How to properly generate walls simulating perspective around stone in a cave-like level made of squares?
5
Generating 'Specially' shaped rooms for a Dungeon
4
How to make my Diamond-Square-algorithm less 'random'?
2
3d puzzle game generating levels
4
How do I find out if this particular puzzle can still be solved?
3
How to generate random waves for a bullet hell game that feel balanced and natural