How did the folks at EA DICE create destructible environments in Battlefield Bad Company 2 and Battlefield 3?

Did they just assemble the buildings out of predefined sub-regions, that break apart when there is an explosion or something similar? I can't think of anything else.

To put it simply yes that what they do. But the go an extra length to cover up the straight edges using destruction mask. After removing the part of the geometry, they add detailed mesh around the destroyed section to make it look believable.

Here is how it works, 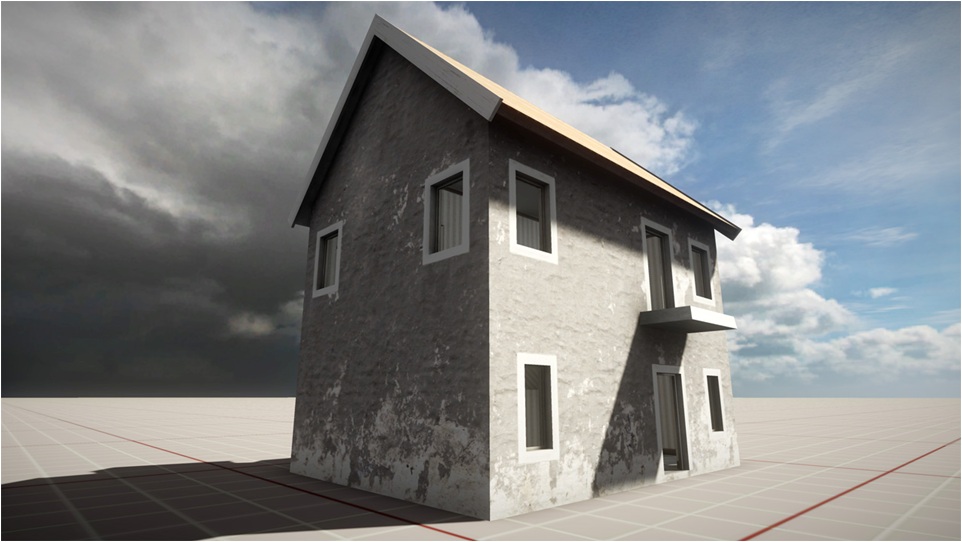 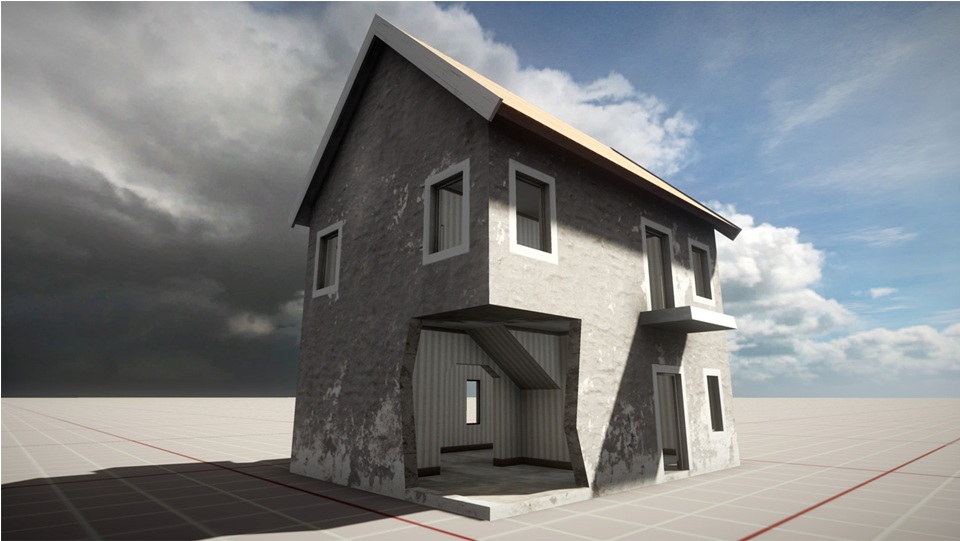 When destroying a part of this house, they begin by removing a piece of the geometry 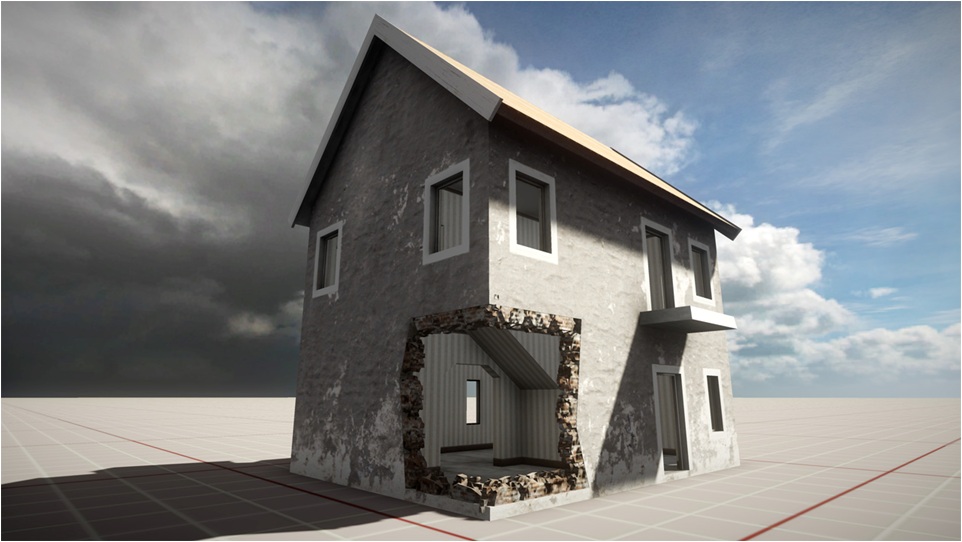 Then added detail meshes around the destroyed section. 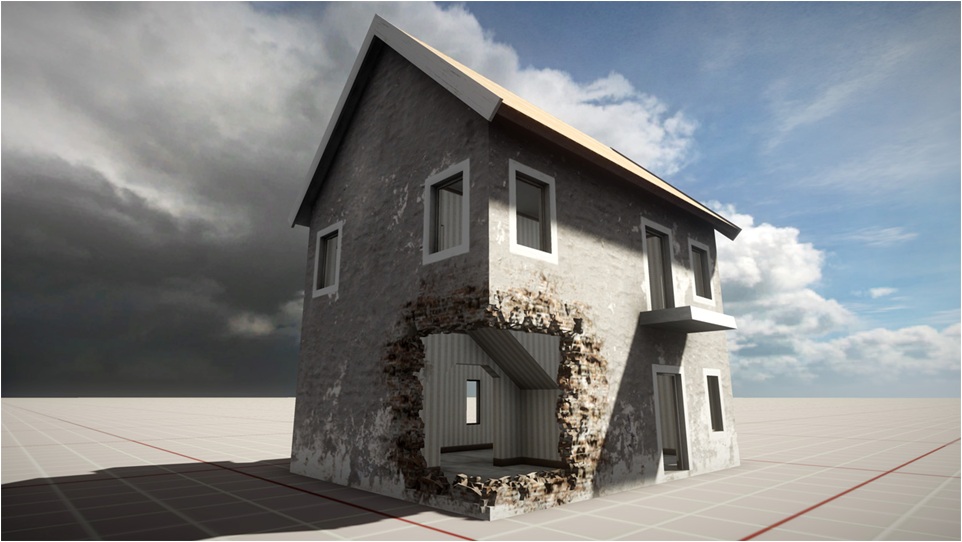 And the final step is to add the destruction mask.

They also use particle effects and mesh debris for more dramatic look.

This is CSG -- Constructive Solid Geometry (although in this case, it's destructive, strictly speaking), if you want to do more research on how the algorithms actually work.

The standard approach is to use the two existing meshes A & B (the house and the subtracted "explosion" volume) to generate a third "mesh" (graph) where the two meshes planes and edges intersect, C -- which describes the area they share. In 2D:

A is the house, B is the is the explosion volume, C is the union / intersective area between A and B. G is the ground.

The mathematics / logic behind it is not trivial, as there are many edge cases to deal with and half or more of this task is just recognising which of the possible types of outcome graphs are special cases which need to be catered for in code. I've seen the problem described by the veterans on gamedev.net as "a very hard problem" and I can tell you from attempting it in 2D, even, and having a moderate degree of success where only a couple of edge cases fail, that it is no small task.

A way that might be easier is to use a polygon decomposition algorithm, and use the geometry that creates as a basis for your geometry destruction instead.

23
Optimizing gravity calculations
7
How can I convert a 2D bitmap (Used for terrain) to a 2D polygon mesh for collision?
2
2D Destructible Terrain with Box2D / Cocos2D -> Image Tracing
3
most compact way to represent dice face translations rolling in cardinal directions