Something is preventing my NavMeshAgent from moving

I apologize for the vague title. I really wish I could ask something more specific, but I can't. I had my click-to-move script working fine with the NavMesh. I showed it to my colleague earlier today, and must have accidenntally made a change and saved. Now the guy's not walking.

There are no errors and my debugging leads me to believe all code paths are working as expected. When I click on a location, it checks that it is valid on the NavMesh, then updates the NavMeshAgent's destination:

I am not going to post the code because I don't think the problem resides there, but rather it was something I did in the editor. The character also turns in the correct direction, and starts the walk animation correctly, but it looks like something is blocking its movement, and I can't figure out what that is.

The following screenshots will help clarify my situation. Note that the camera is shaking because its position is set to match the character's in Update. The character appears to be colliding with something, which makes it look like the camera is colliding too (note this is not a physics-based game in any way). 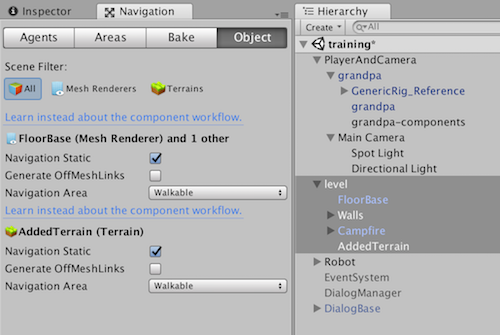 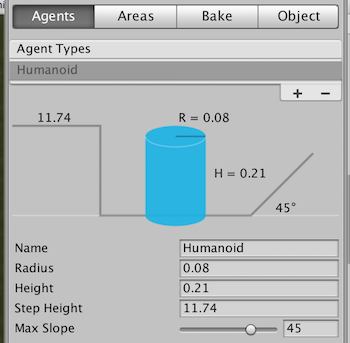 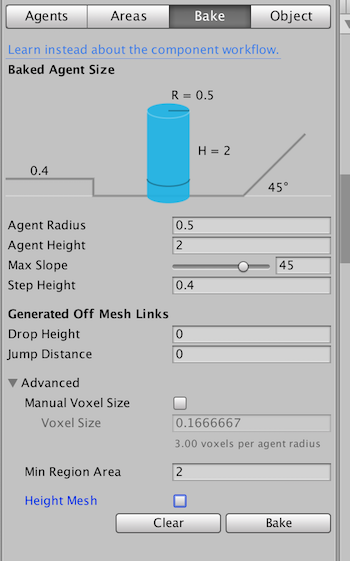 edit here's some more screenshots, showing the person slightly above the ground and their collider (it's the box near their feet). I disabled the collider on the floor so there are no colliders other than the player's. 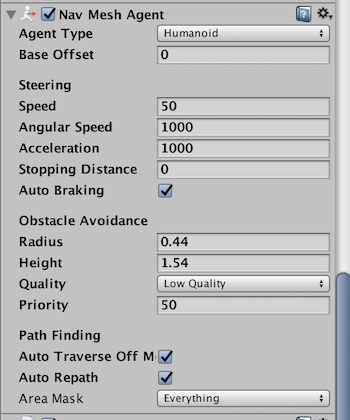 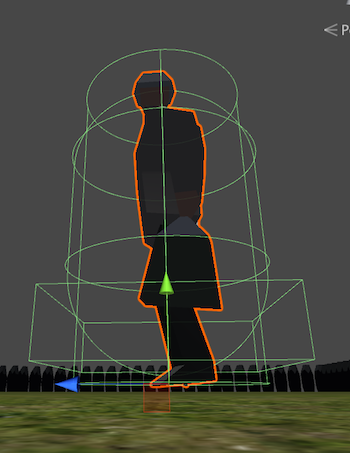 So it turns out it was something to do with a change I made to my Animator (not sure what, will debug later).

The takewaway here is that if you encounter a wierd bug like this, try disabling every component one-by one, don't assume that because the component doesn't seem related it can have no effect.

edit and use source control

edit2 figured out specifically what the issue was. When I was showing my friend how Unity animations work I made one that animates the player's position. This was overriding the NavMeshAgent's destination. The wierd thing is, this particular animation is never triggered by the scene. Just having a defined animation which changes the player's position was enough to prevent it from moving.

I had a similar problem, so I turned off Apply Root Motion in my character's Animator component.

I had a probem where My enemey was rotating but not moving , turns out I had to turn root motion on... It took me 5 hours to find that fix and I butchered my script to fin

share|improve this answer
answered Jan 4 at 19:29

1
Instantiated Prefab Facing Wrong Way
0
Unable to stop navmeshagent for rotation before moving
1
Queueing with Unity's NavMeshAgent
0
Physics.IgnoreCollision not working right after invoked
1
How can I convert Physics2D.Raycast to Physics2D.BoxCast to yield the same results?