How can I load a scene when starting a new game if the loading scene have a Main Camera?

The problem is that if I turn the camera on enabled in the editor it will show part of the scene mixed with the main menu scene. And if the loading scene main camera is enabled off I will get error Display 1 No cameras rendering.

I have two scenes in the Hierarchy. The first is Main Menu. The main menu have a camera. 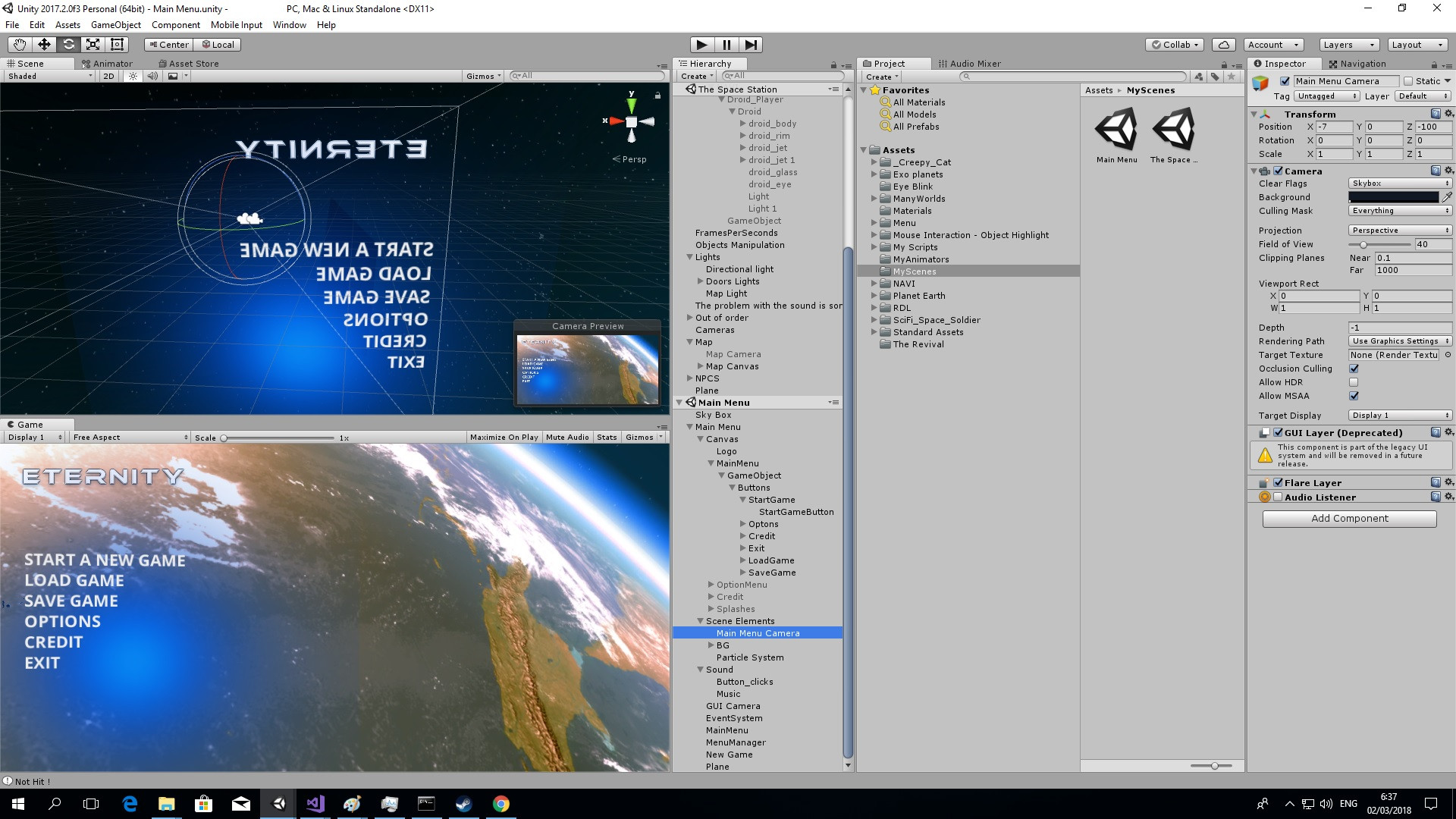 Now I did that when I click on the button START A NEW GAME It will load another scene:

In this screenshot you can see in the Inspector I'm calling the method StartNewGame and the index 1. Index 1 present the second scene that should be load: The Space Station 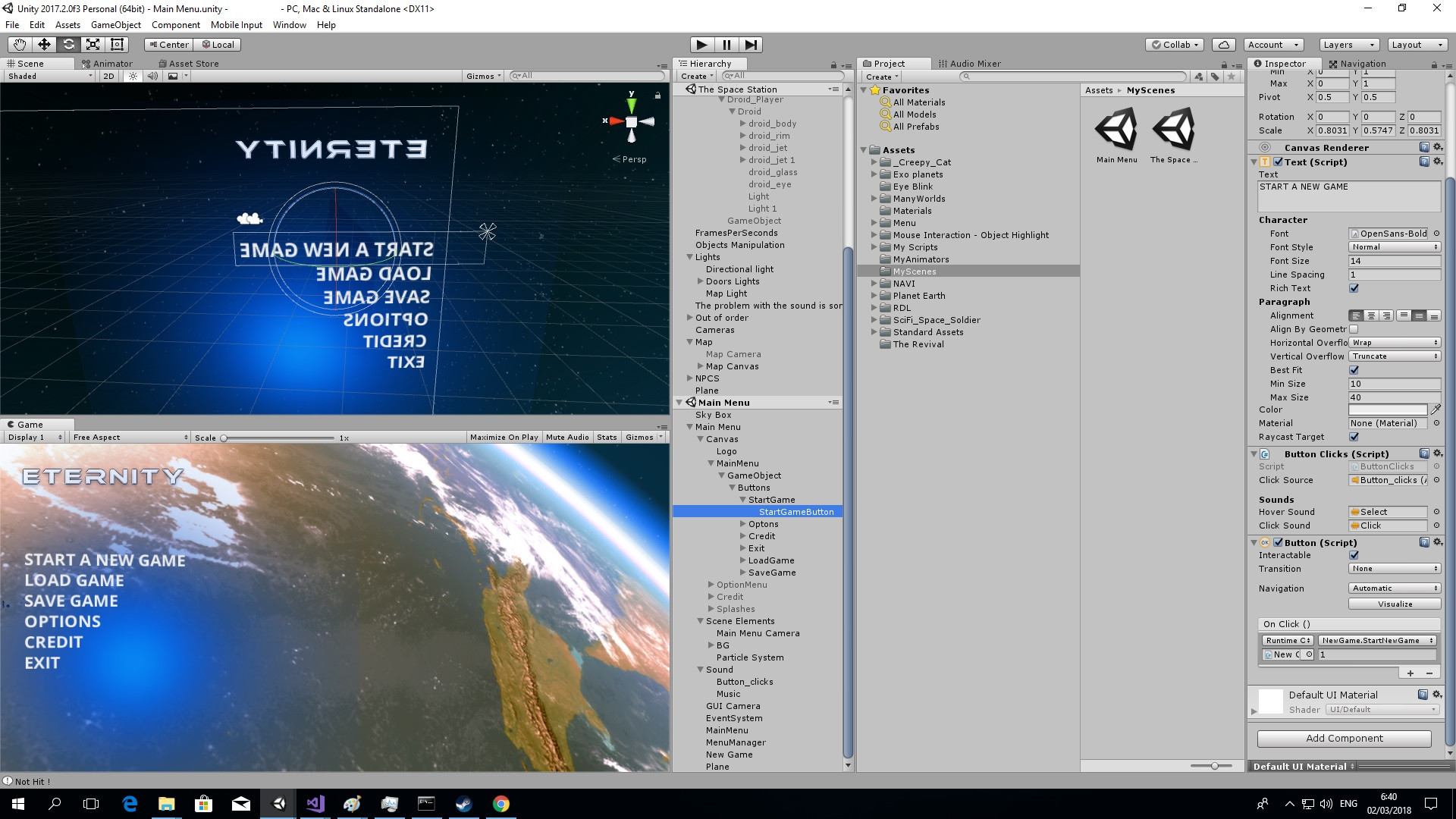 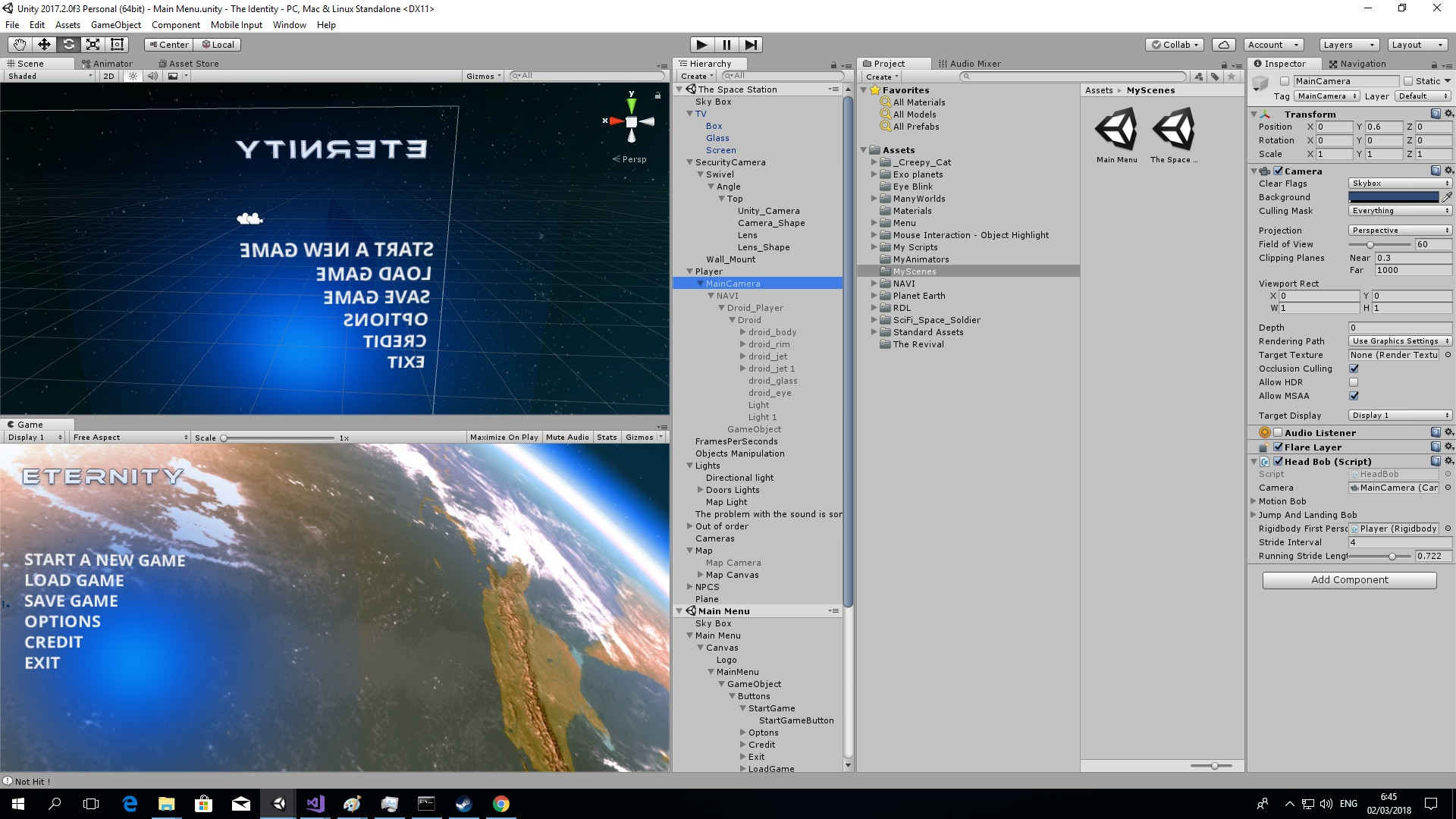 If I will turn on the MainCamera in the inspector I will see some objects of the first scene and the second scene and then the game will start without the main menu and the player will fall down.

If I start the game when the MainCamera is turned off I will the Main Menu but then when I click on START A NEW GAME it will show me the message Display 1 No cameras rendering. 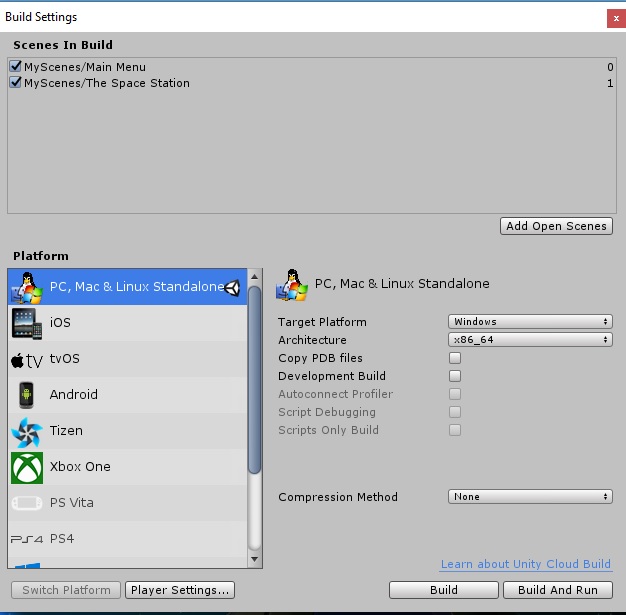 Your StartNewGame() function does load a new scene, but you haven't specified what mode you want it to load in.

You should change your line of code from

This specifies what kind of mode you want to load your scene in.

Edit: Because of this you should also enable you camera in the SpaceStation scene again

0
My method for switching between cameras in Unity does not change the main camera
1
Unity3D: Lightmap bleeding in standalone build
1
How can i put a skybox on a new layer with a new camera and then move the skybox?
0
How can I switch between two cameras with fading in/out when switching?
0
When and where and how to turn on back the Player first person when loading a scene on button click ?
0
Why I'm getting ArgumentException: failed to convert parameters when trying to load a scene?
0
How can I make that on escape press it will load back the main menu?
0
I created a preview of my player camera with another camera but when disabling the main menu it show no cameras exist why?