Why the Render texture is not working when trying to preview a camera on a object?

Then changed the material shader from Standard to Mobile/Diffuse 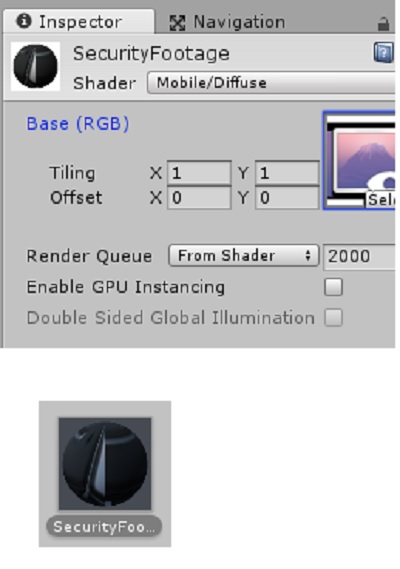 Next I have a tv object in the scene. In the tv screen I dragged the new material:

Last step I did was to drag the render texture(SecurityCameraTexture) to the camera Target Texture.

The camera preview was working fine before I started working with the render texture. But it's not showing the preview in the tv.

2
Unity3D Resize texture without corruption
0
How to saving and loading animation curves
0
How can I make the object when rotating to keep looking on the character/camera?
3
How to completely stop the camera from clipping into the ground
1
Why when adding audio foot steps to the character using animation events only one foot play the sound?
0
Error CS1585: Member modifier 'private' must precede the member type and name
0
Unity - Issue applying Render Texture to object imported from Blender