How do I implement flat shading in GLSL?

I'm working with GLSL and trying to implement flat shading on a 3D model (rather than smooth shading). To illustrate what I mean, here are two screenshots of cubes in Blender. Here's one with flat shading. 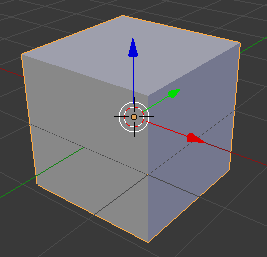 And here's the same cube with smooth shading. 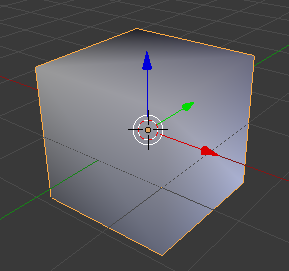 Here are my current GLSL shaders to implement the first option (there's no specular lighting yet, but it gets the idea across with ambient and diffuse). Vertex shader first.

So that works fine for smoothed shading, with fragment values interpolated among vertices. I'll also point out that I'm using buffers and index arrays for rendering.

For flat shading, each fragment on a face should instead use the same normal (such that every pixel on the surface has the same final color after lighting calculations). The problem is that I can't pass data to shaders per-face, but only per-vertex. Given this, I can think of three solutions.

From those options, #3 clearly feels like the correct solution, but I haven't had any luck in figuring out how. So that's my question.

How can I tell the fragment shader to use a normal averaged among all vertices, rather than interpolated?

You may have heard 3D modelers talk about "hard edges" or "sharp edges", which are roughly equivalent to what you're looking for here. When modelers create a hard edge, their software will internally utilize your first method: Pass four vertices per face, with each vertex storing the face normal.

This allows a modeler to determine which edges of the object should be "smooth" (with light and other values interpolated between faces) and which should be "sharp" (with light calculated separately for each face), without needing to reconfigure the render pipeline.

That's especially useful because the "sharpness" of an edge is usually a property of that model. If this is something you wanted to manage scene-wide, changes to shaders and such might be more appropriate.

As @rutter says, your #1 option is the correct thing to do in the overwhelming majority of all cases. However, if you're really adamant that you want everything to be hard-edged, then you can do this trick:

In the vertex shader:

In the fragment shader:

Since we have two different tangent vectors, we can take their cross-product to get the face's normal (again, still in view-space). That's exactly what we need for our lighting calculations, so we can simply use that rather than passing the normal in via vertex attributes at all.

That is, we're rebuilding the face normal inside the fragment shader based solely upon where the geometry actually is. Under this approach, vertex normals can be excluded from the vertex buffer entirely (if you don't need them for anything else). The big downside of this technique is that it becomes impossible to ever have a smoothly curving surface, because we're using the actual faces, and the faces are always actually flat.

Note that the above example assumes GLSL 330; you may need to switch "out/in" values to "varying", if you're in a much earlier version, but the maths itself should work anywhere.

And just to repeat, @rutter's answer is actually the right thing to do, you almost definitely want to do that. I've only added this answer since it provides the correct way to reconstruct actual face normals, when that's needed.

The third option is to use flat interpolation specifier when passing attributes from the vertex shader to the fragment shader.

This will make the gpu take the attribute of only 1 vertex and feed it to the fragment shader for the triangle, as opposed to interpolating the output of all 3 vertices per triangle.

Not the answer you're looking for? Browse other questions tagged opengl 3d glsl lighting shading .

18
GLSL, all in one or many shader programs?
15
Toon/cel shading with variable line width?
0
vec4 for vec3 multiplication while calculating the specular value
0
Phong lighting model unrealistic result
0
Calculating Per Vertex Normal in Geometry Shader
0
MD5Mesh Calculate Vertex Normals
0
How can I color single triangles with a color palette?
0
glsl wrong light direction