I am developing a game in Java using LWJGL2 and Slick, and I am encountering an issue when rendering a graphic. Instead of filling the quad with the texture, it appears to be partly repeating it. The image is simply a white box, but this is how it is appearing when the program is run: 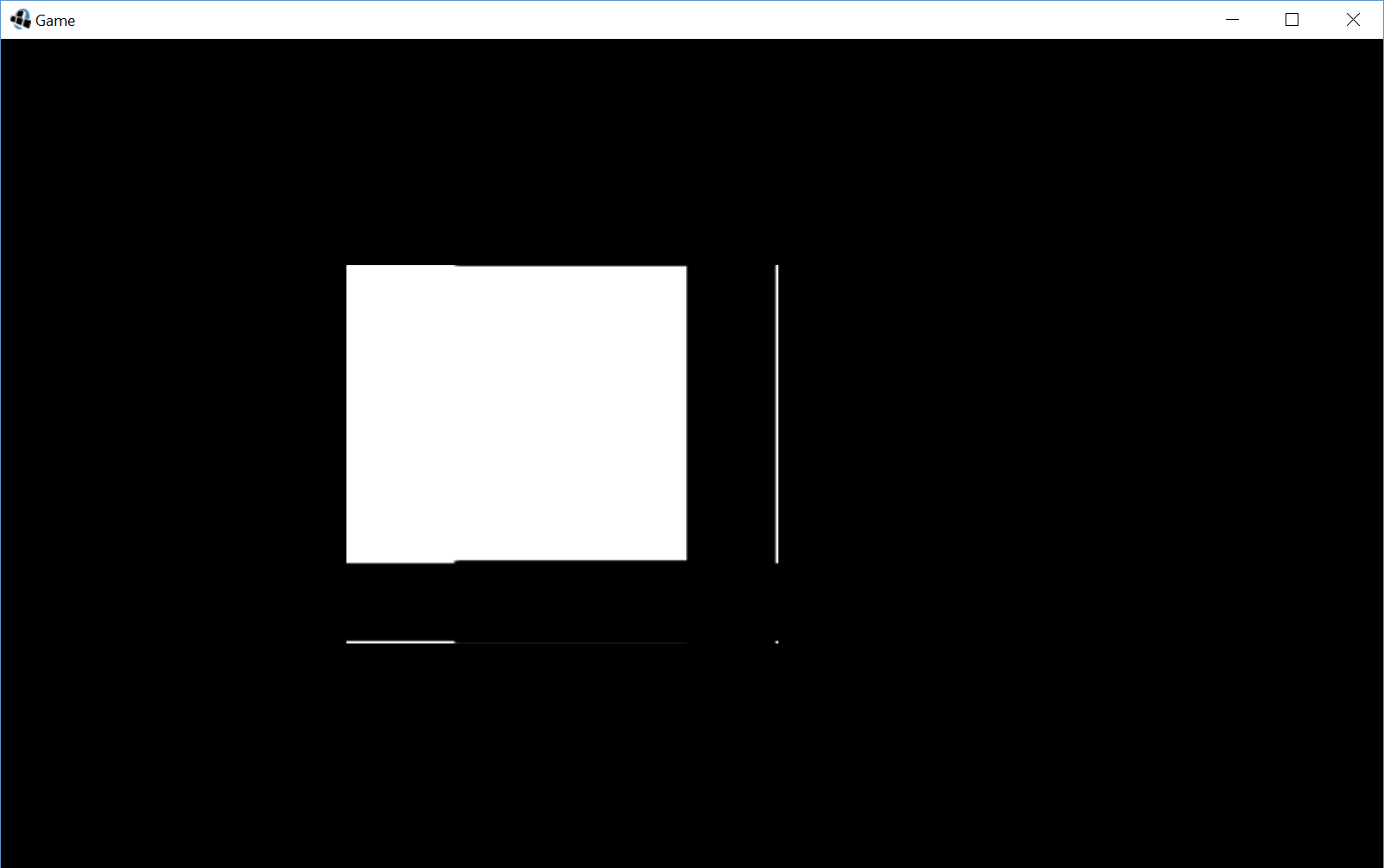 and I am using this code to render it:

If I remove all the code for textures and just render a coloured quad, it displays as expected. Could you please point me in the right direction as to where I am going wrong?

I'm aware that this is not exactly the answer to your question, but it can lead you to the solution of your problem.

As @Bálint mentioned in the comments section, you shouldn't use legacy OpenGL anymore, which are all version before OpenGL 3.0. Although the OpenGL 2.0 was the first version to switch from Fixed Function Pipeline to Programmable Pipeline, it was the OpenGL 3.0, that marked Fixed Function Pipeline and most of the previous OpenGL functions and constants as deprecated, thus, really switching into the modern standard graphical API.

I strongly encourage you then, to also switch from the old OpenGL into the modern one. There are a lot of good tutorials on the internet regarding modern OpenGL.

One of them, that I find really interesting and essential is this YouTube series created by ThinMatrix. He introduces all of the modern OpenGL aspects in the easy and transparent way and he uses Java and LWJGL. (And he also of course shows how to use textures! :) )

I also recommend these tutorials. Although they are written using C++, the idea of the OpenGL constructs remains the same regardless the language.

Modern OpenGL might look a little bit overwhelmingly at the beginning, compering to legacy OpenGL, but as you follow the learning process, you'll find it fun and - most importantly - you will find a lot of advantages in using Modern OpenGL over the old one.

Also, if you'd like to read more about differences in OpenGL versions and about OpenGL itself, I recommend these links:

I hope it helps you somehow and that the community won't eat me because of not directly answering your question.

Not the answer you're looking for? Browse other questions tagged opengl java graphics lwjgl slick or ask your own question.

15
How can I make OpenGL textures scale without becoming blurry?
1
Slick2D: Changing an Image's colour to Color.white
0
Textures not rendering with VBOs
2
How does rendering with Swing compare to rendering with openGL?
3
VBO rendering crashed with glDrawArrays
2
OpenGL 3.3 texture rendering all black
1
Struggling to implement A* pathfinding execution