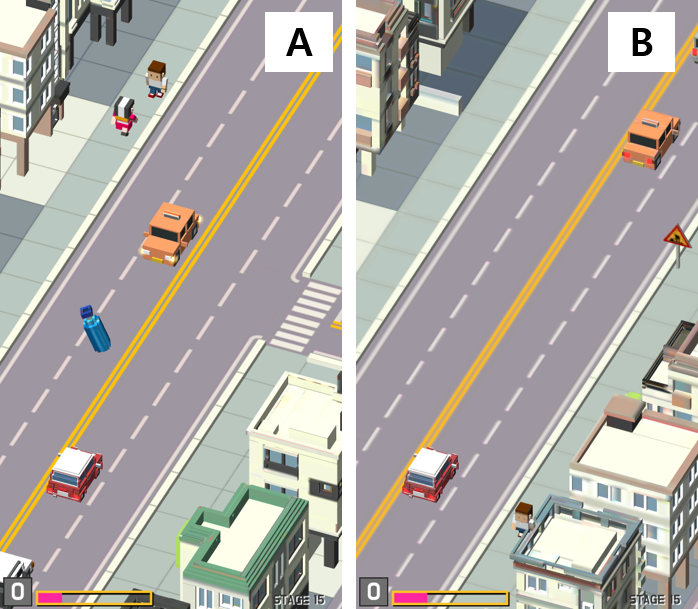 Suddenly the texture quality of Unity Android Build and the frame of the game was greatly degraded.

See the picture A and B. In image A the center lines on the road are sharper, but B is blurred. I want my game to look like A, not B.

What is surprising is that you can roll back the project to the point where it worked and then run the apk build again.

In the above picture, A is a screenshot of a normal time. I have installed apk backed up at that point.

B is a screenshot of when I built A after I rolled back the Unity project at the build time.

Both are the same project, but the build output is different. (Of course not good ...)

Of course I did not touch Unity, Java, Android SDK etc at the same time.

Of course, there is no configuration change on the testing phone as well.

I even reinstalled the PC this morning.

I still have this problem.

Even if you build on a separate PC, you're having the same problem.

I build a project at another pc, mac book pro, but problem is still there.

Of cause, I factory-reset my test phone, but problem still there.

Browse other questions tagged unity android build-process or ask your own question.

5
How would I find the SDK folder for Android Studio so I can build my Unity project?
0
How to fix overly blurred texture / image in unity?
3
ARMv7 vs FAT in Unity Android Build Settings (release multiple valid APKs)
0
Unity Asset Store Tools Problem
2
Why do I get these “Invalid command android” errors trying to build for Android in Unity?
4
Removing the billing permision from a apk build in unity
1
C# class works in Unity, but not in Android build
1
Problem with Unity APK Build : Default Activity (Android)