Google Play Services: Google ladder - How can I customize the share button?

To increase the feeling of competition among users of a small game that I developed, I implemented a google ladder such that players could measure against other players. To do this, I used the google play games plugin for unity, which works quite well.

To increase the visibility of the game, I would like to allow the user to share their scores on social platforms, or even via messages. Looking at this picture: 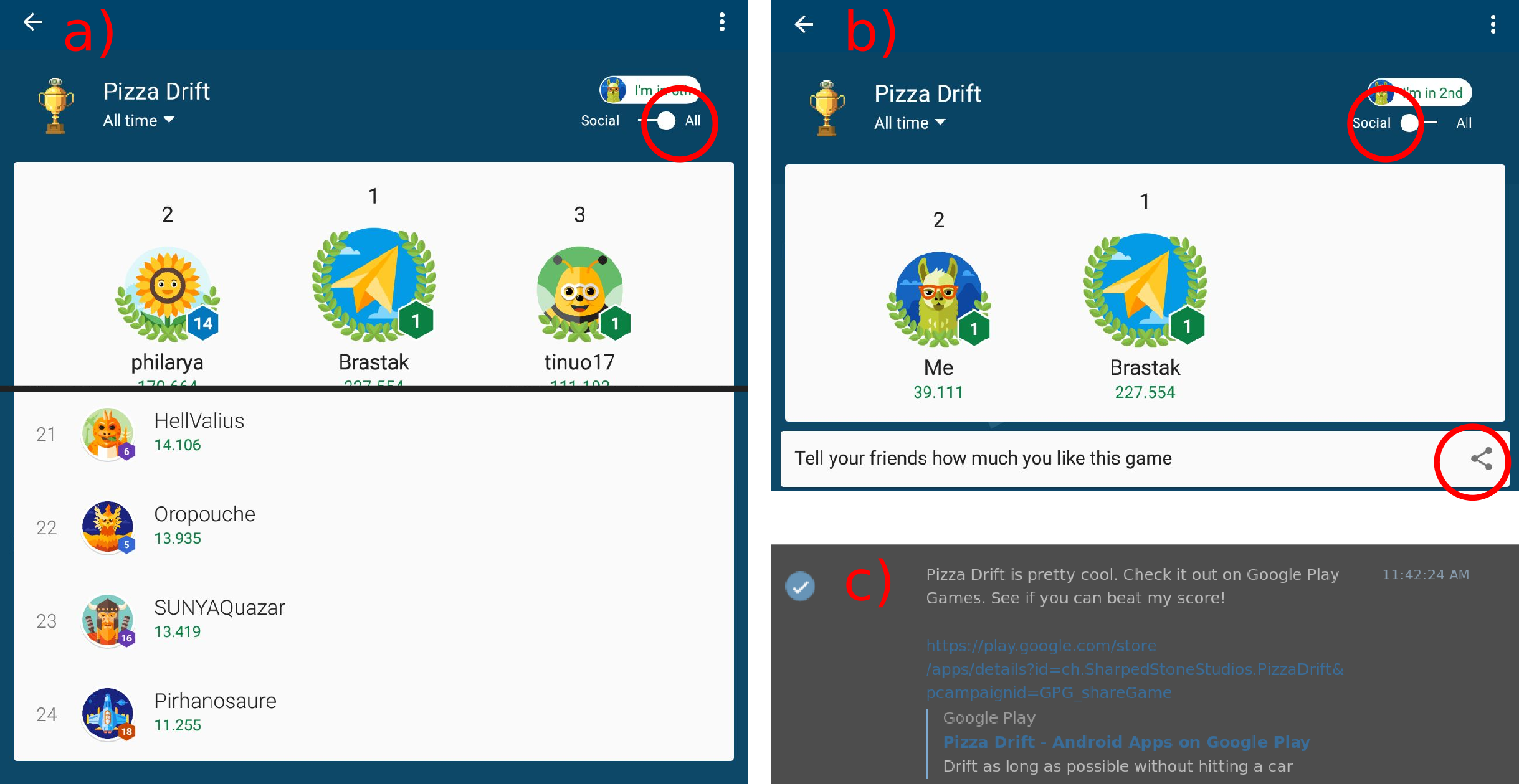 Such a button exists, but only when looking at the social ladder (b) (ranking against your friends), and not overall (a). Additionally, the message is not very interesting (c). My questions:

This question addresses some of the points I rise here, but not from withing google ladder.