How can I get textures on edge of walls like in Super Metroid and Aquaria?

Games like Super Metroid and Aquaria present the terrain with the other facing parts having rocks and stuff while deeper behind them (i.e. underground) there's different detail or just black. 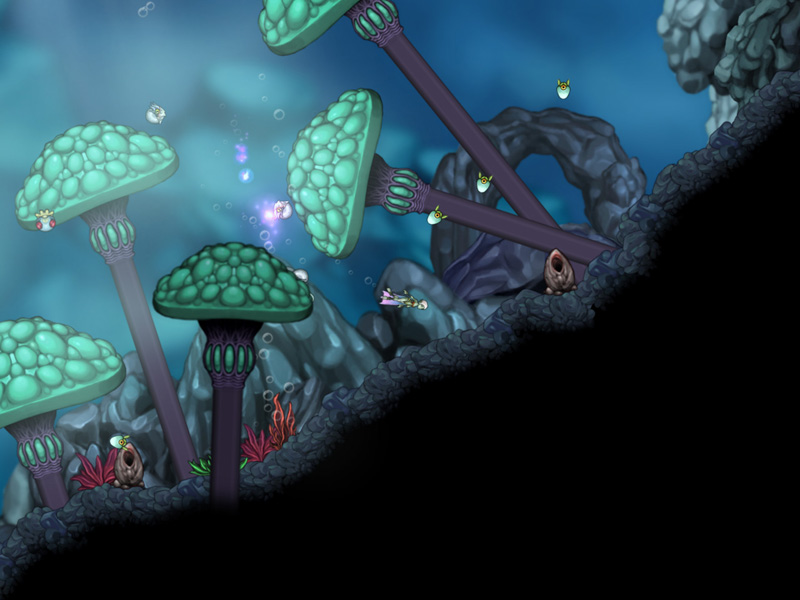 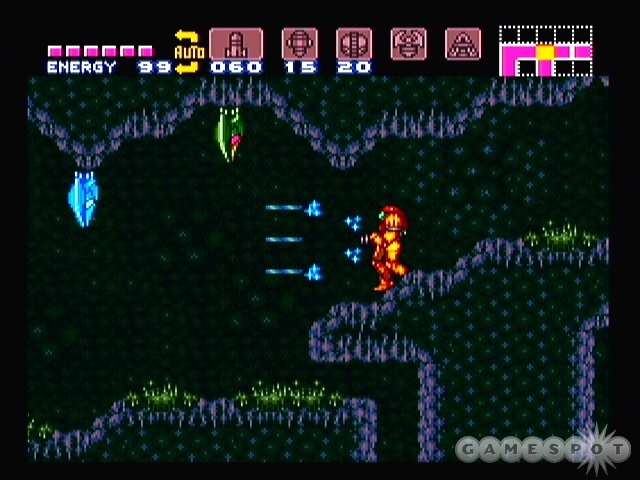 I would like to do something similar using polygons. Terrain is created in my current level as a set of overlapping square boxes. I'm not sure if this rendering method will work such a system for creating terrain but if anyone has ideas I'd love to hear them. Otherwise I'd like to know how I should re-write the terrain rendering system so it actually works to draw terrain in this manner...

Metroid's just using tiles, nothing special going on there.

Aquaria however is doing something rather clever. If you'll notice, a lot of those rocks on the bed get repeated several times. Here's one of the rocks for instance: 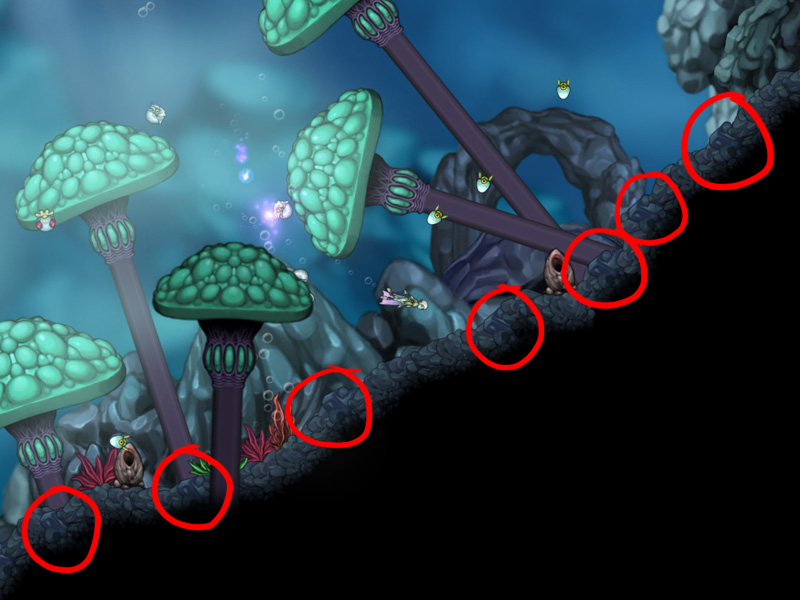 It looks like they've just dumped sprites along the edges of their terrain. It's kind of like what Metroid did - a massive arsenal of edge tiles, but if you pay attention you can notice the repetition of the tiles. Acquaria's doing the same thing, except with rock sprites, and not on a grid.

How to replicate it

This might not be exactly how they do it, but it's one way of producing the same end result.

First, get yourself a nice bunch of rock sprites like this:

Now there's a process to follow so you know where to put them. 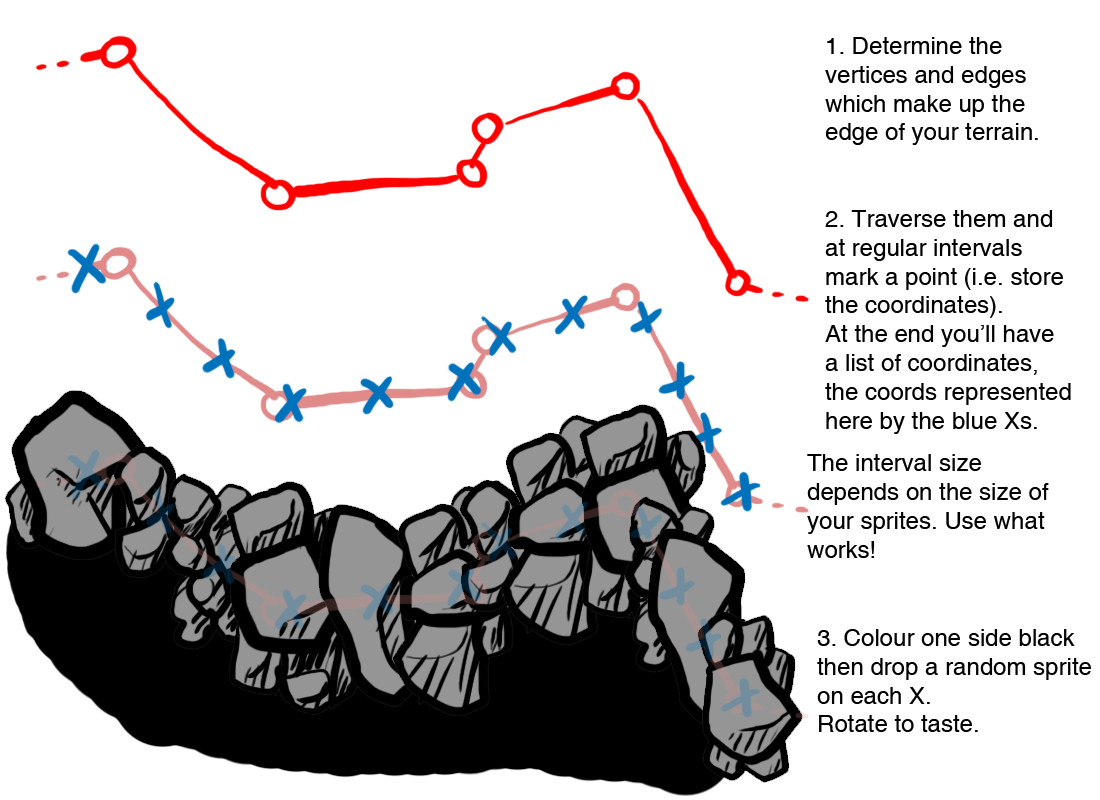 You can use this once to generate a list of rocks and where to draw them, then you just draw all your rock sprites. Or maybe you can just draw all the points and pick a different sprite to draw on it on each step, making the edge of a lava pit or an alien terrain!

And other terrain features...

Aquaria could've used a very similar method to dump all the mushrooms, coral and other features on the seabed (including the giant rocky structures that form the backdrop). The mushrooms could have been generated like this:

Everything else is probably a variation on those same instructions: the coral isn't rotated much, those two shells/stones are probably only placed if the terrain normal is pointing roughly upwards (i.e. the terrain's flat).

Since a commenter asked: I create these images in Adobe Photoshop (shrunk on here by 50% for crisp lines) using a Wacom Intuos3 tablet (which lets me draw freehand and naturally, and vary my line width etc).

Doing this with Polygons would be quite simple, so long as you have a nice repeating/tiling pattern, you can easily set your models to duplicate along a curve, nothing complex at all.

2
How to work with edge Texture
2
Do you need to make a tileset for a platformer?
2
What are levels made of in games?

4
I need help with 2D collision response (of stacking rotating polygons, with friction and gravity, for a game)
0
How can I render cloud patterns like in these examples?
0
How to properly generate walls simulating perspective around stone in a cave-like level made of squares?
4
Retro Racing Renderer
0
How to get a reflex edge on a non-convex mesh