How to create skeletal animation data for a skirt?

Please think of this in an engine-agnostic way first, and then we can talk about specific engines.

In my game, I have a 3D character which is wearing a hakama (think of it as a long pleated skirt). This character will be doing a lot of dancing, which I'm getting a lot of motion capture data for. This is how my character is rigged right now (view from Unity): 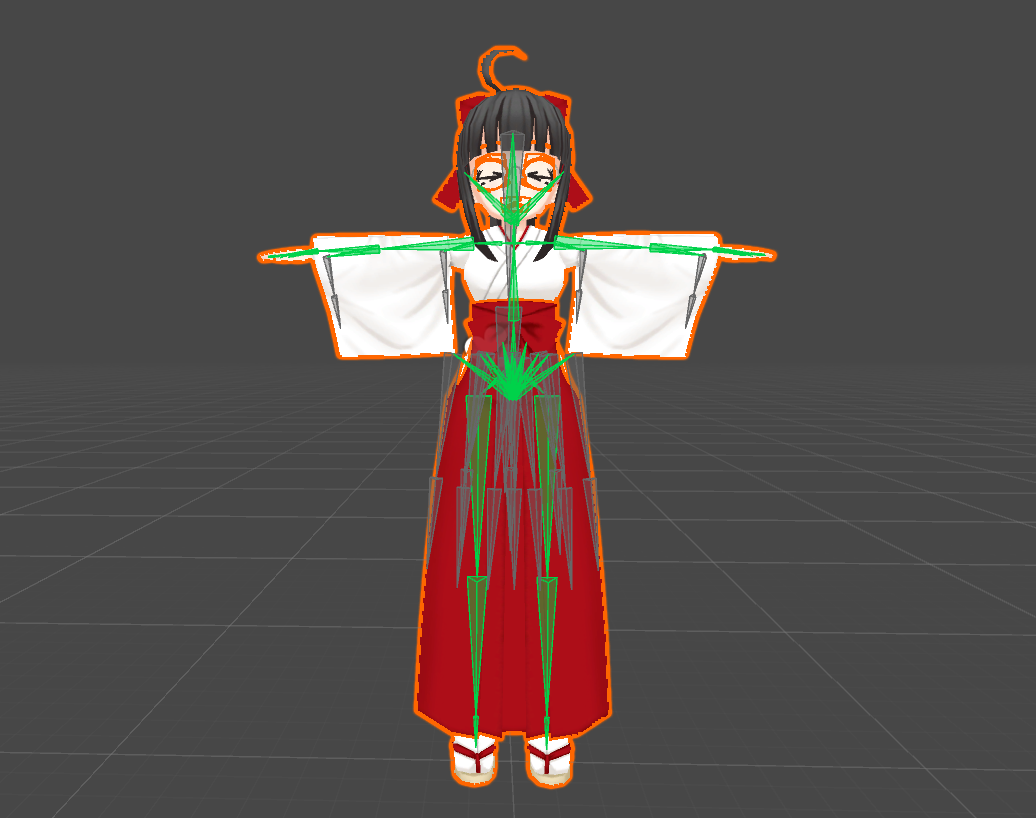 This character has a standard 3D Studio Max humanoid rig, plus a bunch of bones for the "dangling" stuff such as the skirt, the sleeves, the long hair and other parts.

Unfortunately, motion capture can only give me data for the humanoid part, not for the additional parts, so I need a way to animate these. For now, let's focus on the hakama (skirt). I have a few ways of doing this:

Since Unity has a pretty mature physics engine, I am trying to hack an offline physics simulation that exports the resulting bone transforms for each frame, which I can then playback in real time in the actual game (which by the way is not Unity-based). So far, the sleeves and hair have shown some pretty good results, but the hakama is much more difficult, and I haven't gotten it to work even close to decently.

Notice that I can't use Unity's cloth simulator, since this acts on polygons directly, and I need to be able to export the results of the simulation in terms of bone matrices.

It's not mandatory to use Unity. I just need to find a way to simulate the leg-cloth interaction and export the results in a series of bone transforms.

Any ideas on how to solve this problem?