UnassignedReferenceException : The variable player of FollowPlayer has not being assigned

My current task is to make the camera follow the moving cube in a stable way where the camera won't get locked in the center of the object so it won't get dizzy once the cube starts to collide or fall down.

I have done the parenting right, I have named the cube as the player and then selected it as the Transform reference in the new component that I have created for the camera to follow.

But it just says:

UnassignedReferenceException : The variable player of FollowPlayer has not being assigned.

and I am unable to get the right results. What should I do ?

Here is the C# script that I wrote: 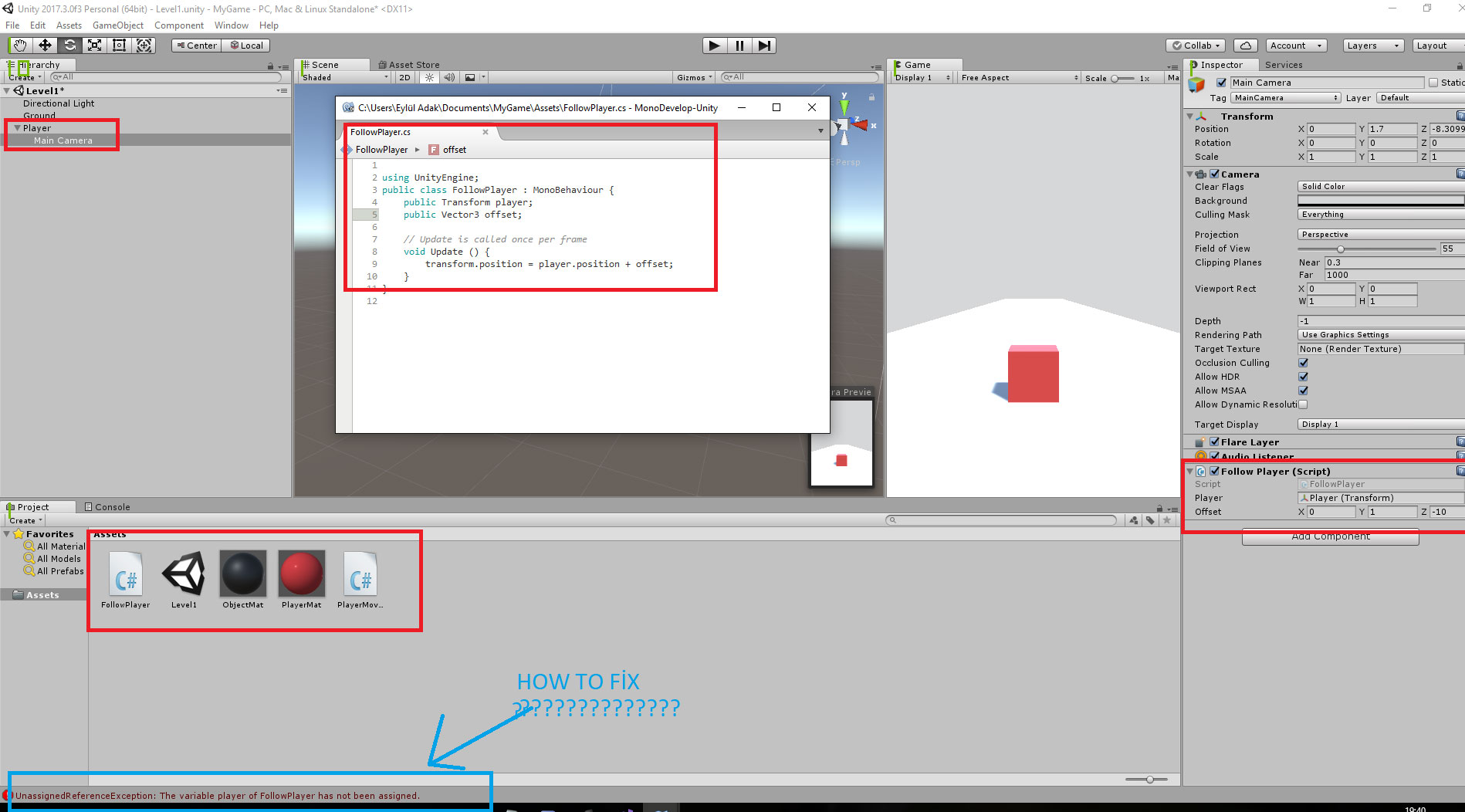 So I have un-parented the main camera from the player and it works perfectly fine but I still get the error, Have any ideas why?

Check to see if you have a stray second instance of your FollowPlayer script somewhere in your scene, with its player variable unset.

You can have every instance print its name to the debug console in Start() to help track it down.

0
How to do camera follow without drag and drop in Inspector in Unity?
0
Unity 2d - Vector3.Lerp Not Working as Expected
4
How can I rotate the camera around the player on the Y axis on this code in Unity?
1
How to completely stop the camera from clipping into the ground
0
My camera does not rotate around player in 3d open world
0
How to move a player (with camera) towards a target object until camera fill target object?