I am currently trying to put two buttons on my UI that move a character left and right if touched down (Held). I would like to use the cross platform input, and would like the buttons to change the value of the Horizontal axis as my "A" and "D" keys would... 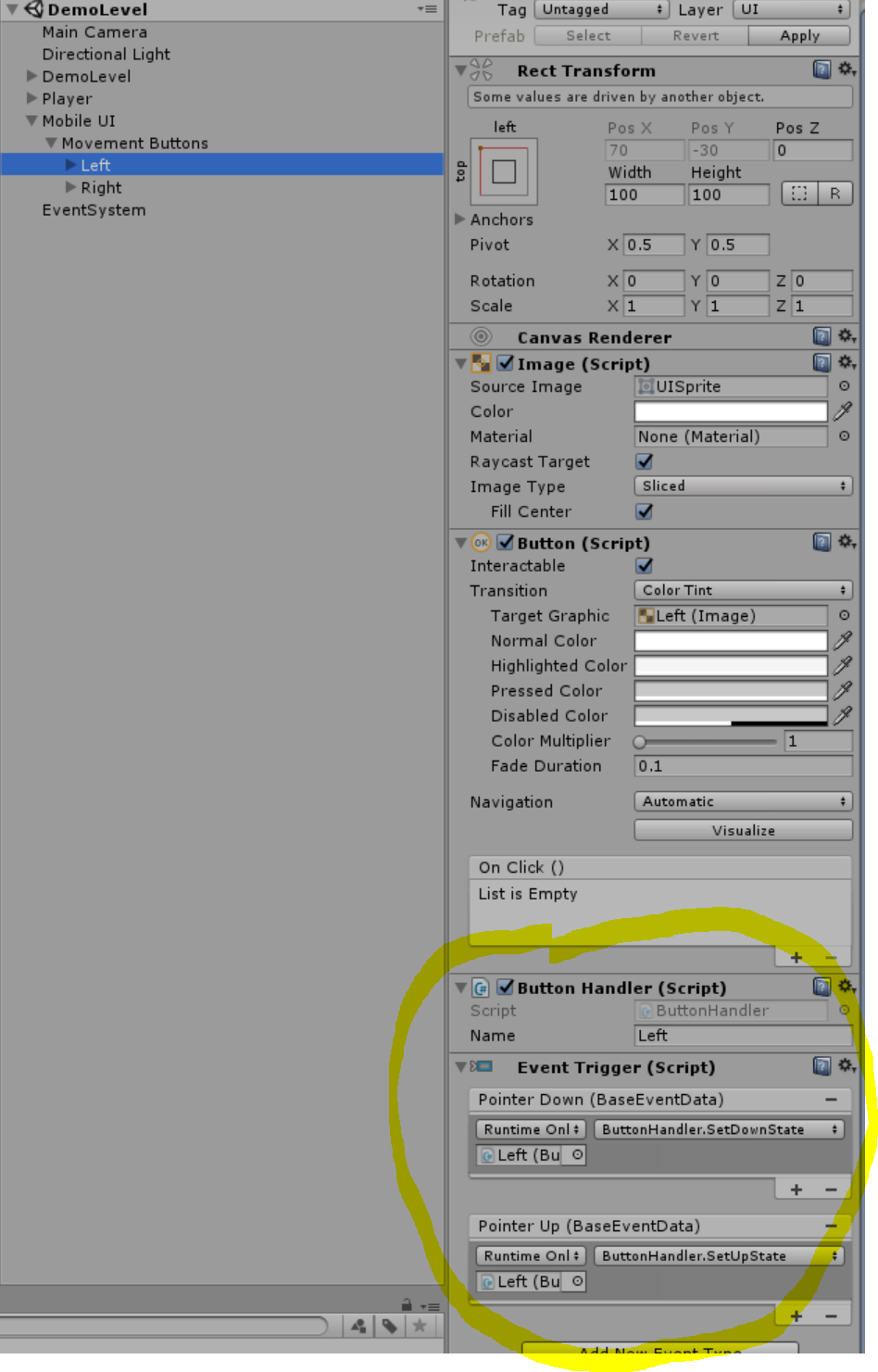 And my code for moving my character is as follows:

I had same issue today and I think it is also in your case, buttons was just un-clickable.

3
Using XBox 360 controller in Unity game - game doesn't recognize axis movement
1
(How exactly to use EventSystem?) Assigning string Name to UI Button in Unity without CrossPlatformInput?
1
How to completely stop the camera from clipping into the ground
0
How to stop all character movement when jumping against the side of a platform?
0
unity input controls
0
How can I fix “Cannot read value of type Vector2 from composite” error in Unity?