I'm trying to get a cross at the center of the screen (Two lines will do as well).

However when I change the Screen Resolution I get results like the following, no matter what I do, the line refuses to stay at the same thickness. When I enable Bilinear filtering the lines constantly fade and thicken. 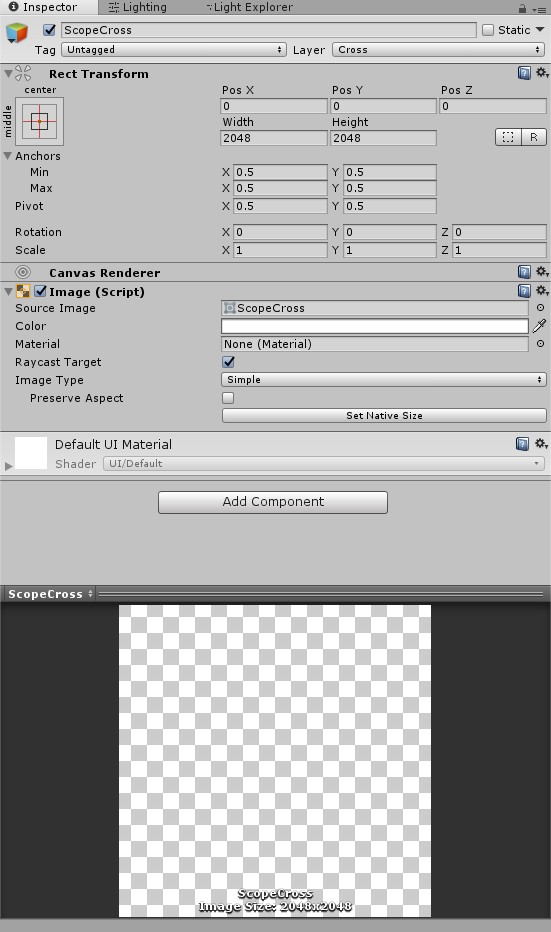 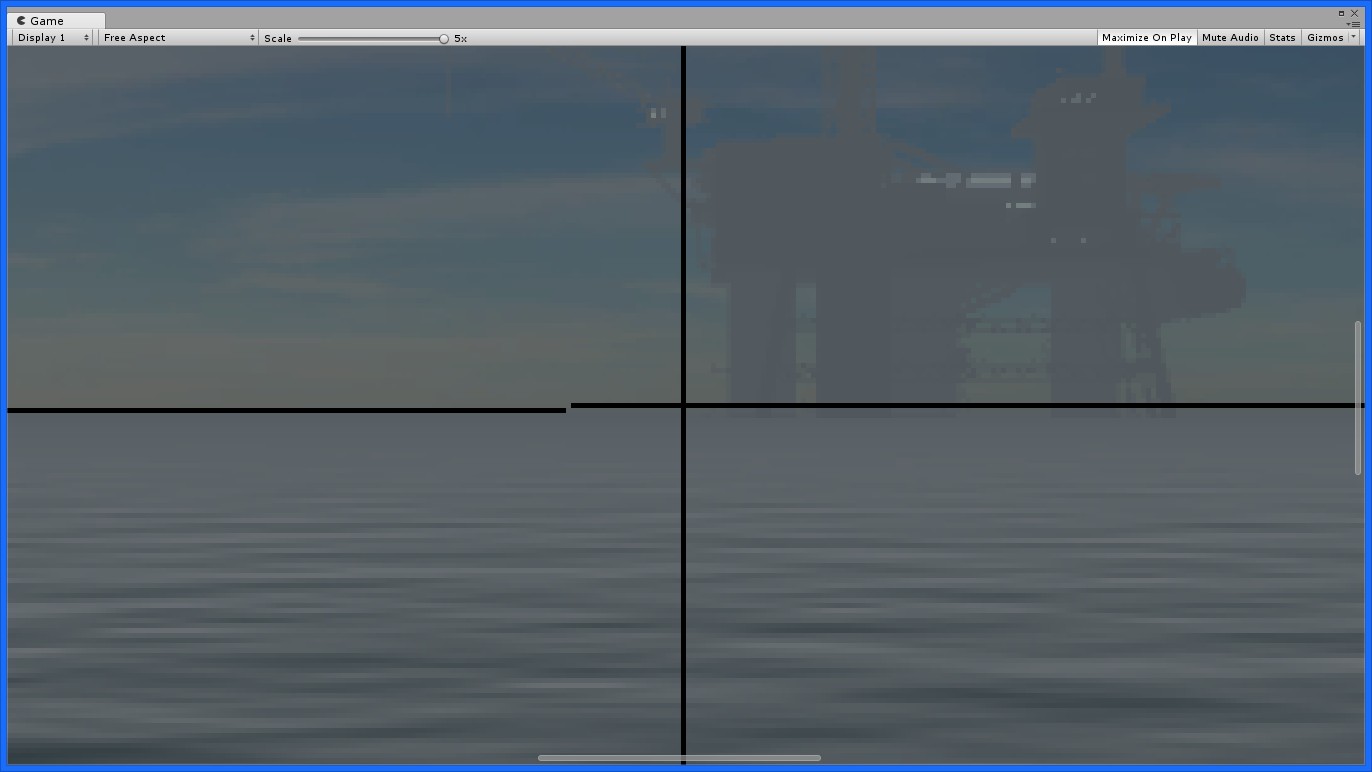 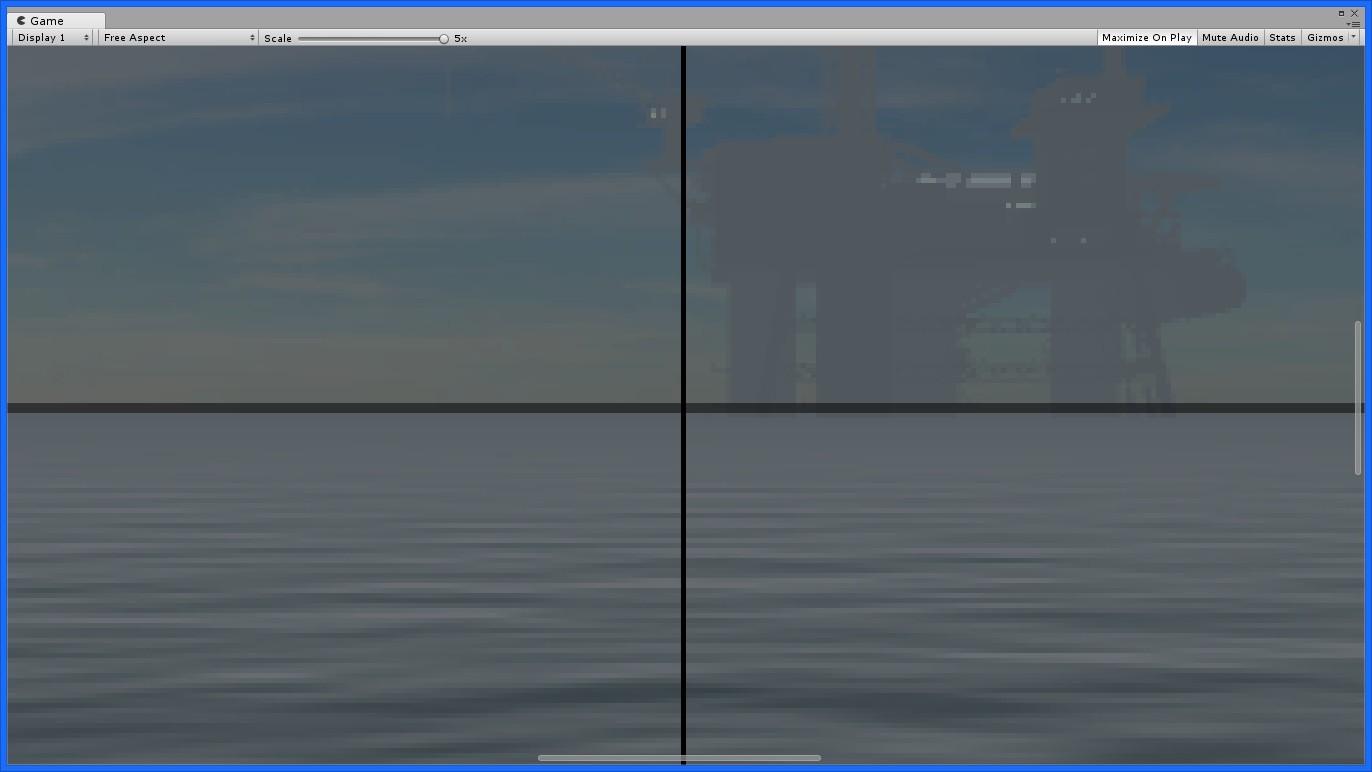 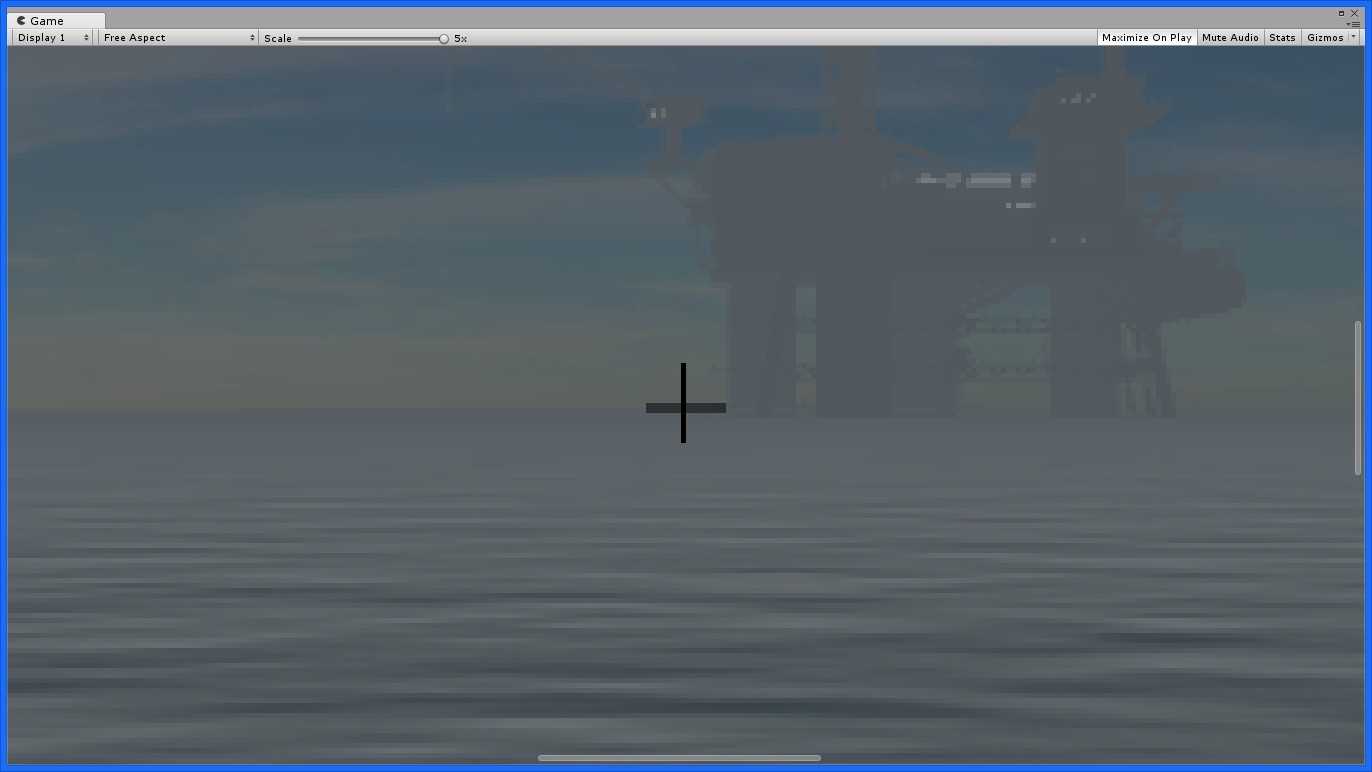 EDIT: i tried using a black square and setting its width to 1 and height to 2048, and another one with width to 2048 and height to 1. The result i got is not what i expected: 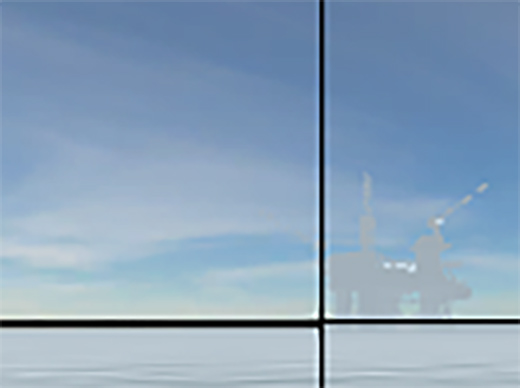 Can someone help me to fix this please?

Textures mapped onto the surfaces of 3D geometry were developed to represent, well, surface texture. This type of detail usually doesn't align precisely with the grid of screen pixels, due to varying object sizes, distances, orientations, and camera perspectives, so it doesn't include any built-in features to snap the sampled texels to screen pixels. In fact, we more frequently want the opposite, smooth blending that hides the effect of the screen grid (which can show up as aliasing).

But Unity gives us the tools to be pixel-perfect when we want to be. Here's two ways we can approach it:

Or, if you prefer to render this on other geometry, you can use a shader that clips out everything but the center cross:

With both of these solutions, though I could verify that Unity was writing a crisp single-pixel-wide line into the buffer, I ended up seeing a fuzzy line in screenshots. It turned out to be Windows applying its scaling logic for high-resolution displays - it was forcing Unity to render at a lower-than-native scale and then upscale. Disabling that Windows feature let the lines come out crisp, as expected.

There are many ways to create cross-hairs and cross-hair-like effects in Unity. Here are just a few of them:

You don't need a 2kx2k pixel texture just for a cross-hair. In fact, that would be (very) bad practice. Instead, you can have Unity scale and tile a simple, very small texture, based on it's parts.

In the case of a single-pixel cross-hair, a 3x3 image is enough, through the process of 9-slicing; there the image will be sliced in up to 9 different parts, and where each edge slice will be tiled or stretched to fit/fill a certain area.

You don't need a 2kx2k texture. A 1-pixel image stretched across the screen will look like a 1-pixel line. Make two of them cross at the middle, and you have a 1-pixel cross-hair.

When dealing with UI, transformations, variations and combinations of small images are pretty much always better than monolithic textures.

In engines that support this, or with the help of plugins, vector-graphics is often the best choice for screen-space UI, as it provides clean, crisp, graphics, which are easy to transform, maintain, extend, and can greatly simplify the process of making dynamic effects.

Unfortunately, very few game-engines support this out-of-the-box, and Unity is not one of them. Further unfortunately still, almost all plugins that provide this functionality do so through work-arounds, like transforming the vector-graphics into normal images, which, despite allowing the engine to "support vector-graphics", doesn't really maintain most of the advantages of vector-graphics.

Most game engines allow (direct or indirect) access to their underlying low-level Graphics-Library (IE OpenGL, DirectX, Vulkan, etc), and it is trivial to draw simple cross-hairs through these libraries.

In Unity, this access is provided through the GL class.

These are just the main/most common few of many, many other methods... You're strongly advised to do some research on this, as many of the methods for creating cross-hairs also provide interesting starting-points and/or clues for more advanced graphics and effects.

To get a pixel-perfect effect, you need a pixel-aligned approach, obviously. In Unity, for screen-space UI, that's as easy as marking the "pixel-perfect" checkbox in the canvas' inspector.

Not the answer you're looking for? Browse other questions tagged unity pixel .

11
Rendering Unity across multiple monitors
2
Stretch the game to fit the game window, in Unity 5
0
Texture2D.SetPixel method behaving weirdly in game province creation
1
What FOV does Unity show in a 16:9 aspect ratio, when set to FOV 60?
0
Not getting proper height in unity when android device has notch or navigation bar on screen
0
Resizing canvas to match screen size in Unity WebGL
0
Unity Ui - Thin lines appear differently even though they are the same height
1
How screen scaling works in Unity?