I've been programming a final fantasy 6 clone in C# using Monogame and Monogame Extended, and have met on a few interesting challenges regarding tilemap collision.

Since I'm using TiledMap from Monogame Extended, I can't really modify the Tile class to hold collision data. My initial idea was to have an extra object or tile layer for each height level to specify collision/solids for each height level, but I found that it wasn't very intuitive and that it was a little messy. Optimally I would only need one tile layer per height level, but I'm at a loss for any ideas on how to handle collision in a scalable and intuitive way, so I was wondering if anyone here had any ideas? 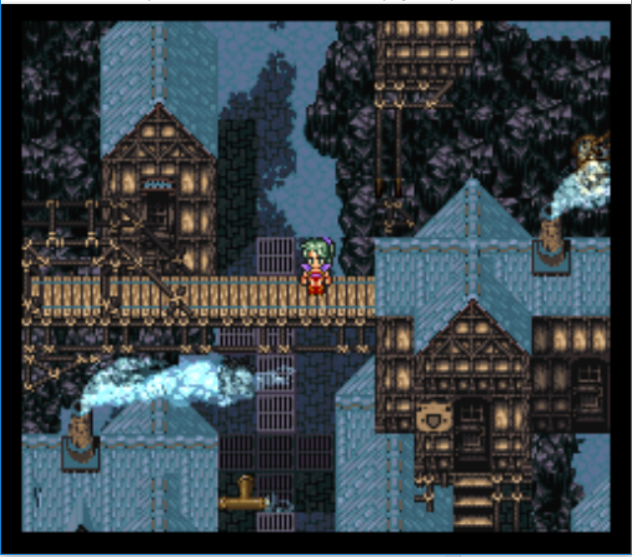 I think the solution to that problem is to define collisions on each edge of the tile, so that the bottom edge of the tile is marked as solid, while the other edges aren't. The main issue with that is that I have no idea how to implement something like that with Tiled. It also presents the problem of rendering, since the tile would need to be rendered below the player if the player stands in front of it, and above the player if the player stands behind it. I think using a Z-index would solve it, but again, I haven't found a way to implement that using Tiled. Soo, I was wondering if anyone has any ideas or pointers on how to use Tiled w/ Monogame + Monogame Extended to implement those things? 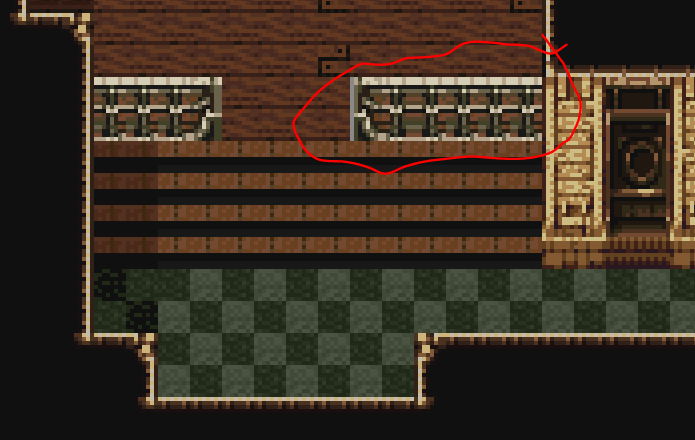 I can't comment to any specific feature in monogame that will help you, but I can help you a bit with figuring out what needs to be done in general.

First you need some way of drawing certain tilesets over your character, there is no way around this, if your API doesn't allow z ordering, or different tile layers that can be drawn on top, you literally cannot do anything you want with out extending the API some how. Your in luck though since it appears you can orient render order on tilemaps.

You'll then need to have a separate data structure for collision, you wouldn't attach it to the tile map anyway. It seems that there are some collision classes included with monogame extended based on the github.

The collision data could be stored in a grid the size of your map with only boolean data of collidable and not collidable. This could be as simple as 2D array of boolean values.

You wouldn't just have one of these though, for each layer you would want one of these, for example top and ground portions of your first image.

To get the guard rail collision working with this system, you could simply make those places not collidable on the second level.

The only thing missing from this system so far is stairs. To get from one place to another you may want to change your collision array into an enum of tile properties for example:

and check if the tile is stairs, then move to the appropriate level after getting off the tile. You could also add other special tile types that would block from a given direction, but this would make your code more complicated (though could alleviate the need for additional levels on some maps)

Not the answer you're looking for? Browse other questions tagged c# xna monogame tiled monogame-extended or ask your own question.

3
Zelda-style top-down RPG. How to store tile and collision data?
5
LibGDX - Tilemap Wall Collision Detection Issues
1
Tiled height level collision
3
Can't make sprite collide with tilemap made with Tiled
0
Top down tile based game render order
0
TileMap collision detection
1
Tiled2Unity depth sorting issue with multiple layers
0
How to either draw a group of tiles completely behind or completely in front of a player?
2
Floats vs. Ints for position and collision