How can i put a skybox on a new layer with a new camera and then move the skybox?

I have in the Hierarchy a RigiBbodyFPSController and a child MainCamera. Now i added a new Camera to the Hierarchy.

Not sure if my idea is logic or if there are a better ways to do it. The general idea is to make movement effect like the space station is moving around the star or to the star. Star i mean the skybox. 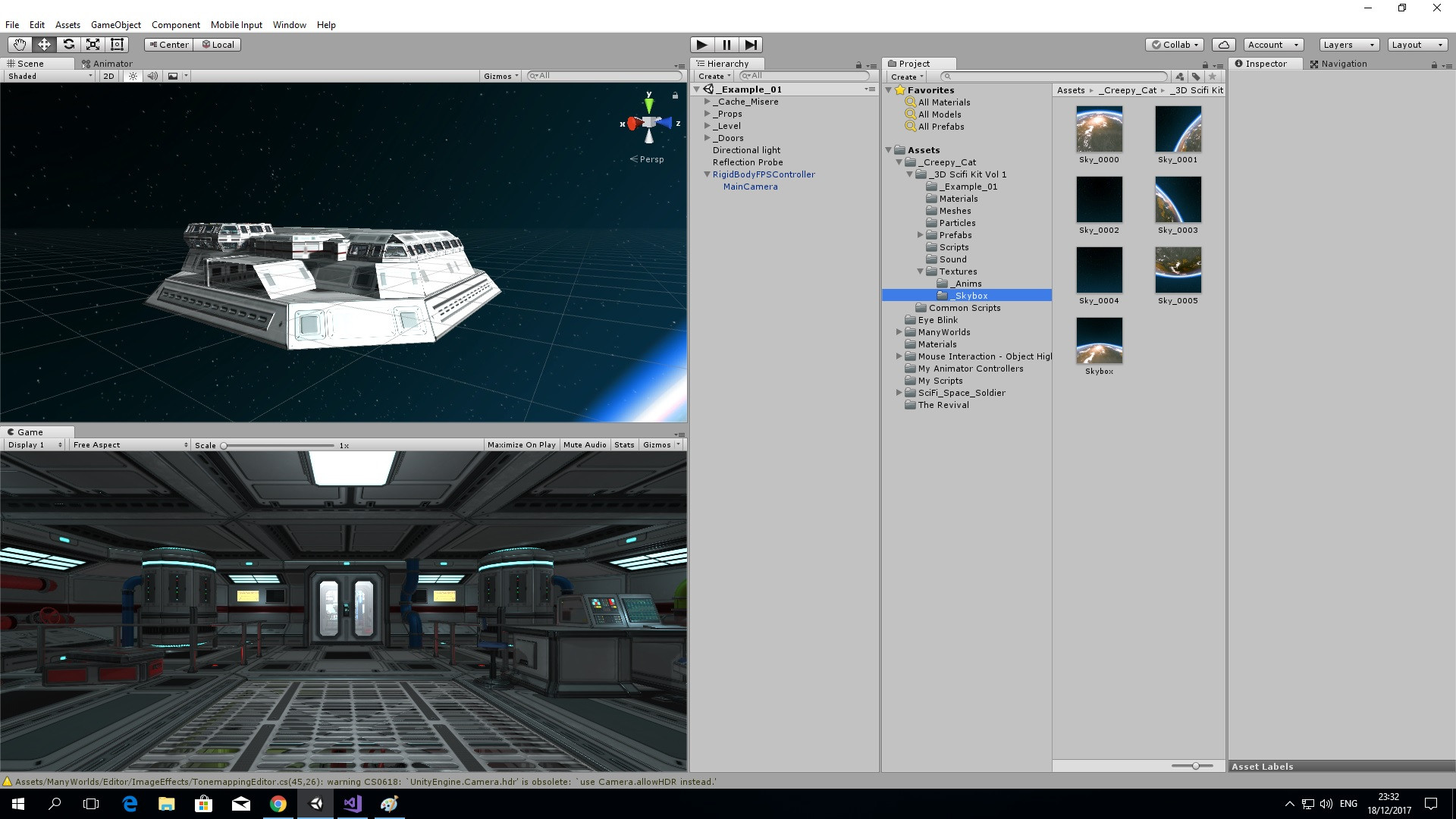 The skybox is on the right. I can't see the skybox in the scene view i see it only when running the game in the game view.

This is a screenshot when the game is running then i can see the skybox in scene view and game view: 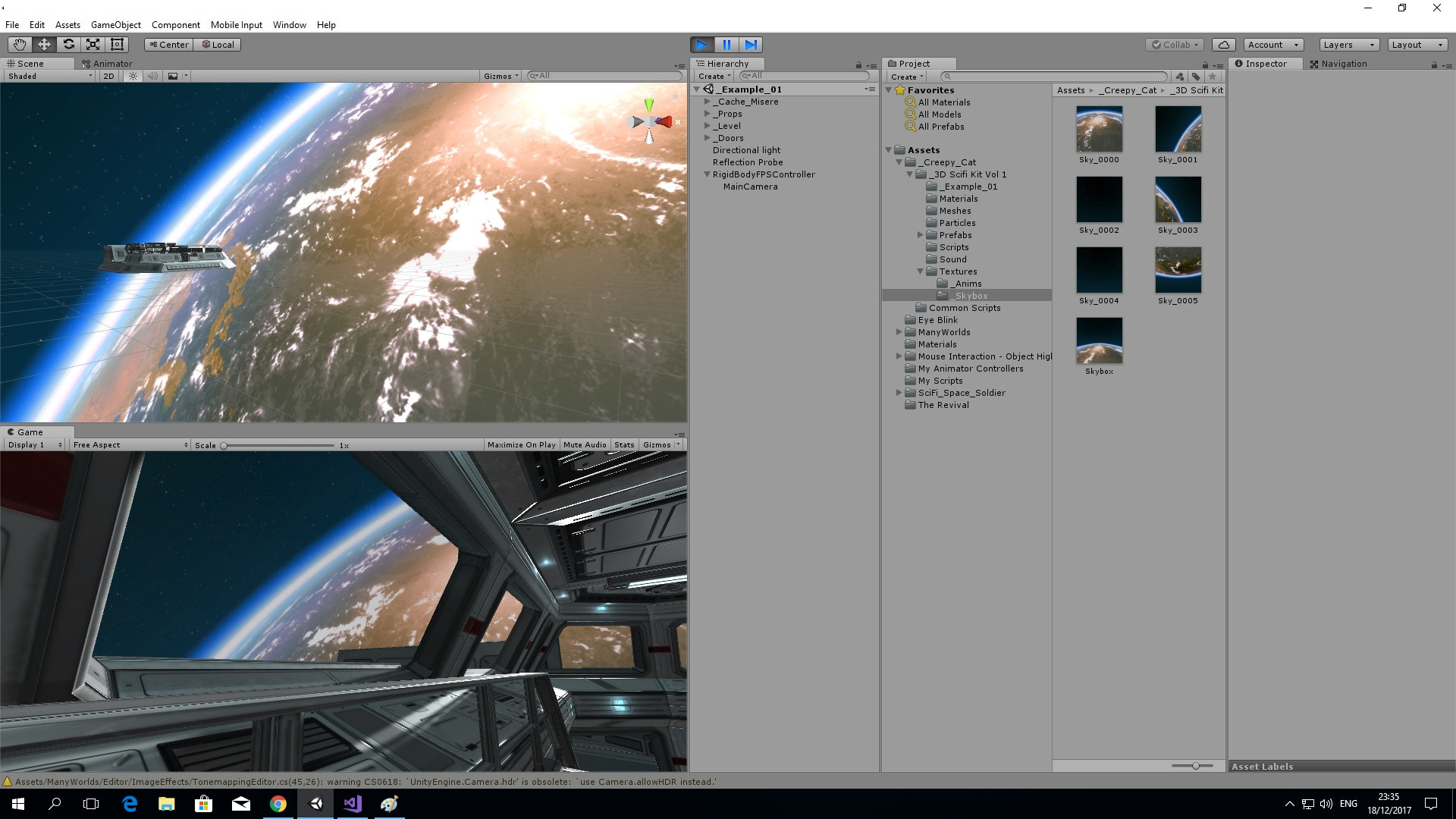 and link it with sphere using material, add your skybox texture in it. and change that sphere by each interval,scale it as much that your rest of models will fit in and look like skybox.that might help you in your project

0
How can I make the object when rotating to keep looking on the character/camera?
0
Why the OnMouseEnter event never fire?
0
How can I load a scene when starting a new game if the loading scene have a Main Camera?
0
How can I make that on escape press it will load back the main menu?
0
How can I rotate a camera on the X and lookat target and once looking at the target to stop slowly the rotation?
0
How to fix 'procedural skybox' visible horizon line on 'screen space camera' canvas?
2
How can I display a 3d object and my player on a canvas?
0
How to make my sun appear far away in VR