Slope handling in a tile-based platformer

I'm trying to implement slopes in my 2D tile-based platformer made in GameMaker Studio 1.4.

I'm done with the normal solid block tiles, they work like charm, but slopes are even harder than I expected.

There are many problems with what I already tried. At some point, I was somewhat OK with it, but somewhat OK is not enough, it must be perfect.

So let's talk about uphill and let's assume our slope is going right.

In overall, all the solutions I tried were imperfect. Most of the times, it work, but there are those situations where it becomes unreliable, especially at higher speeds. I think I will go until 8 pixels / frames speed with a very few of the objects. I wonder how specific games did it? I tried to learn from games like Castlevania - Dawn of Sorrow, since I got an editor for it and I experimented with slopes. To make the slopes work perfectly, there must be an solid block below the slopes at the intersections, or the player will fall between them. I wouldn't mind this that much. Worst case scenario, I would mark some tiles with some special flag below the slopes.

Screenshots from Symphony of the Night's hidden debug mode room: 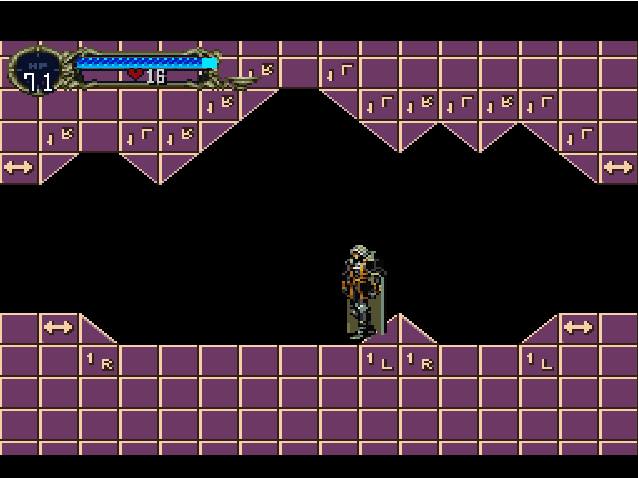 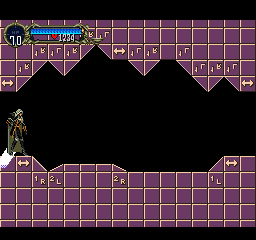 This is how Dawn of Sorrow (not) handles slopes:

So I'm a bit confused / puzzled about the situation.

Browse other questions tagged game-maker platformer pixel or ask your own question.

5
Slopes in 2D Platformer
3
Platformer gravity where gravity is greater than tile size
4
Implementing tile-based movement on 2D platformer
4
How to handle the top of a slope in a 2D tile-based platformer?
1
Slopes vs. Rectangles: Different Collision Points
0
XNA Platformer - Where should tile collision handling be?
7
How exactly do slopes and edges work in this scenario?
3
Swept AABB Collision Detection Conflict with Tile-sized Gaps
0
How are Tile Collision Slopes done in Game Maker Studio 2 / GML or in general?