How can I prevent a latitude/longitude based chunk system from Mercator projection stretching?

I'm working on an little mapbox based game and I'm currently working on an latitude/longitude-based chunk system. The distance between each of them should be the same. As you can see in the example the width and height of each chunk are equal. The little grey square is just the chunk middle. Those chunks were created near latitude/longitude zero, where they aren't effected by the Mercator projection. 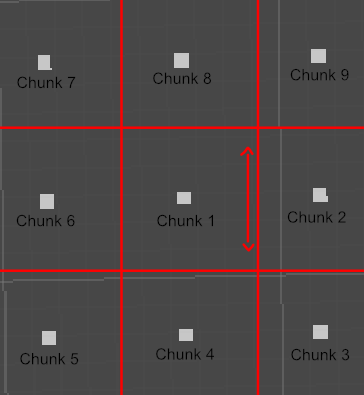 But due to the Mercator projection the distances between the chunks are increasing as more as they move away from the middle (they look kinda stretched). 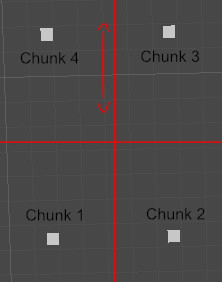 As you can see the distances between each one aren't equal anymore. The height of each of those chunks did increase. Here's another picture of the Mercator projection to visualize what I mean: 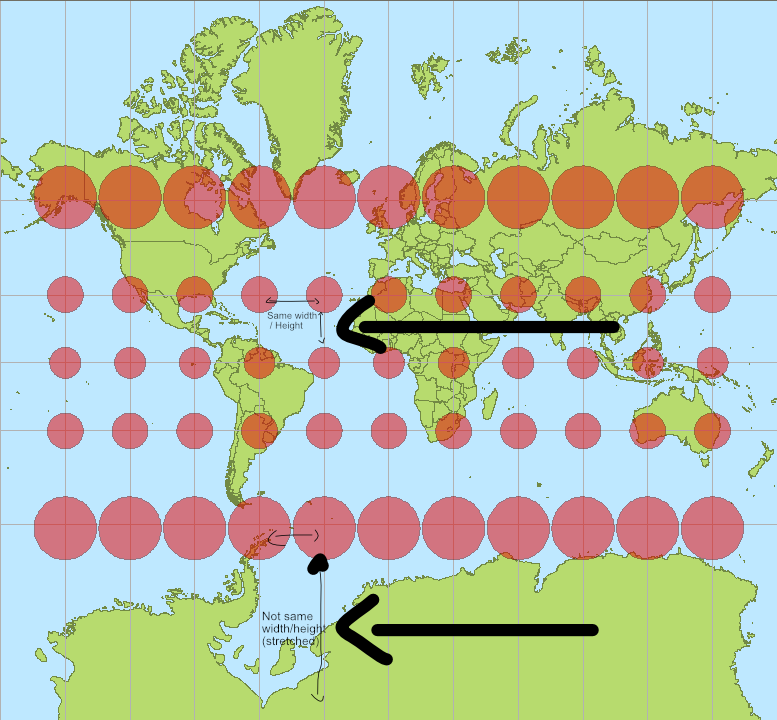 The type of game I'm developing requires equal chunk sizes and also it doesn't look that good when at some point the chunks look different due to the stretching.

I want to achieve a chunk system like this on the mercator projection : 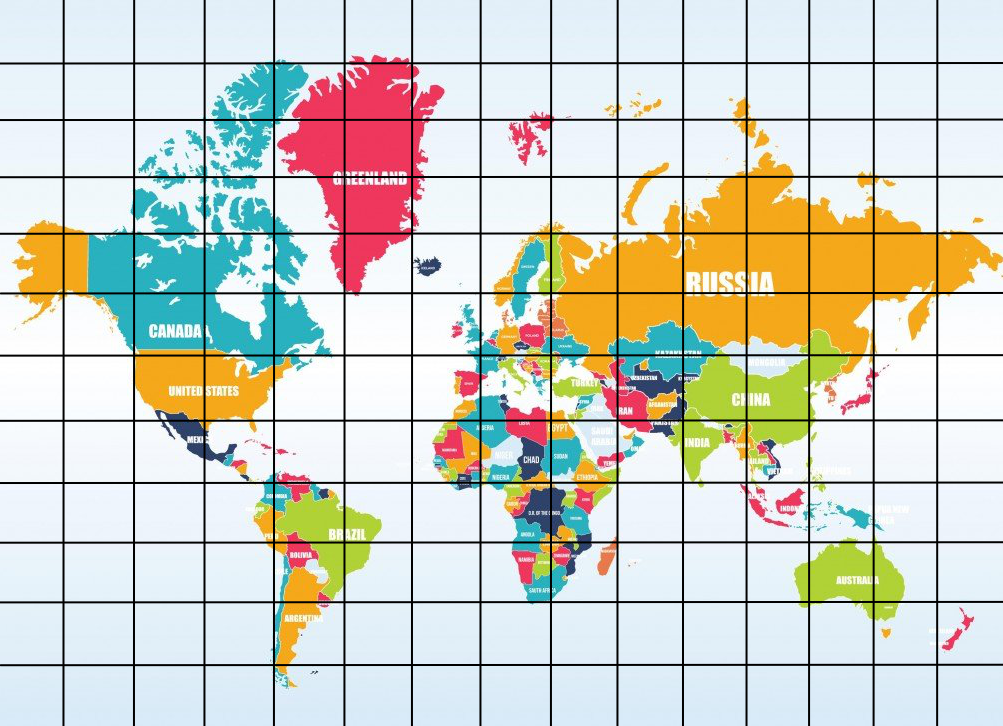 I calculate the chunks as follows:

So basically I need a way to have the same visual distance between each of those chunks. Or either a way to change the projection from Mercator to a square projection, where nothing is stretched. I never worked with mapbox/Google Maps before... so I'm a newbie. Or is there maybe a formula I can use to prevent my chunks from being stretched by the projection?

Thanks for your time and attention! :)

If you want to use a Mercator projection, but have each chunk the same size, then you need to diminish the latitude span as you proceed away from the equator.

For the following examples I'll use a simplified Mercator-style projection that models the Earth as a sphere. If you're making use of a particular source of map/GIS data, you'll need to adjust this to use the appropriate ellipsoid/datum/etc. of your data source of choice.

This function gives us the transformation between latitude & longitude on the globe, and 2D coordinates on our map plane:

The map coordinates run from -180 to 180 horizontally and -infinity to +infinity vertically by default, but you can scale the result differently as needed.

Let's say we're dividing the surface into n chunks around the equator, so each chunk spans longitudePerChunk = 360/n degrees of longitude.

We'll put our first row-dividing line along the equator, and stack rows of chunks northward and southward from there.

To get our first row of chunks to be square in size, we want the y coordinate of their top line to come out to the same value as longitudePerChunk, and their centers at half that.

And we can generalize this. The ith row of chunks (starting from 0)...

This gets you even spacing of lines/rows of chunks on your 2D plane. Note though that each chunk represents an ever-diminishing amount of surface area on the original globe. (Because the globe gets smaller and smaller in circumference as we move toward the poles, but our projection is forcing it to maintain the same width on the 2D plane, and scaling the vertical to match conformally)

You could also switch to something like an equirectangular projection, and use constant latitude & longitude strides between chunks. Here the challenge is that the scaling you encounter is non-uniform: each span counts for less and less distance horizontally as we approach the poles, while the vertical scale stays the same.

Or you could use still other map projections like Gall-Peters or any of the other hundreds of options. ;) Selecting one would require more details about your application and needs.

Not the answer you're looking for? Browse other questions tagged unity c# maps or ask your own question.

10
Lighting in a Minecraftian World
8
Routes on a sphere surface - Find geodesic?
1
Set box collider size in meters instead of percents
0
Why can changing a camera's position prevent it from rotating?
0
vertex manipulation in instanced shader hlsl SHARPDX 4.2
2
On changing a voxel, don't recombine everything again, only modify the changed parts?