How can i change door close/open speed in animator, and how to tell player if the door is close wait/idle until the door will open?

In the Animator window of the door i have two states: Door Open and Door Close. And two parameters type of trigger: open and close. 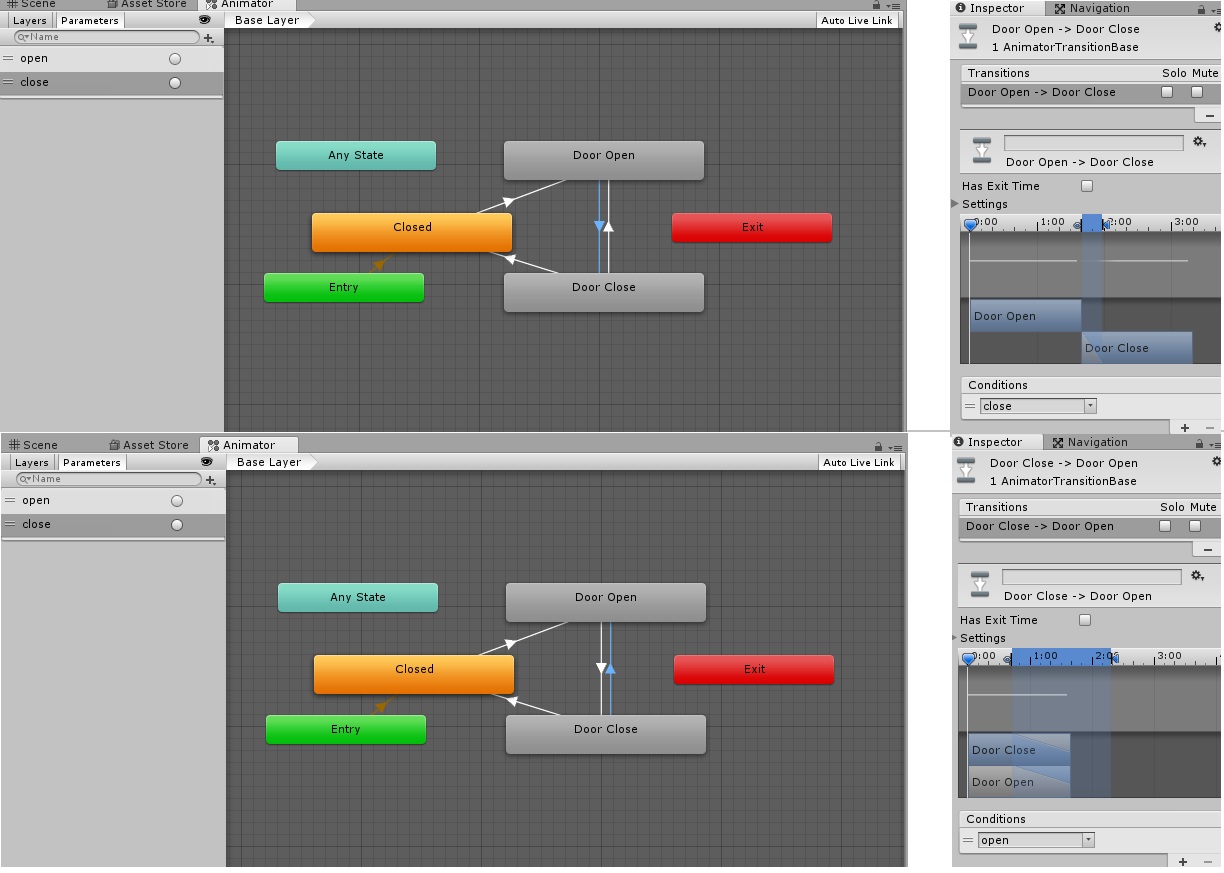 And the script that attached to the door:

The door have a box collider component.

Update the script with the speed parameter setting:

For some reason and i can't explain yet why the speed parameter is working only on the door open making it open slow but the door close is still very fast too fast the door is like falling/shutting down. And both open door and close door states and animation settings are the same in the editor.

Can't figure it out.

I'd just add two new states: opening and closing. Both can transition to the open or closed state once they're done. This also avoids duplicate code if you want to add a locked state (which also transits to the opening state.

0
How to make a door stay open if the player is inside the trigger zone?

0
Unity3D animation trigger reset
0
How to make a door stay open if the player is inside the trigger zone?
0
Player tag does not respond to AddForce
3
How to completely stop the camera from clipping into the ground
0
Unity RTS Single Selection Problem
0
How can the player open this door and have its collision physics stay in sync?