What is the difference between a HUD and a GUI in a game?

Does anyone know the difference between a graphical HUD (head-up display) and a GUI (graphical user interface) in a game? Is a HUD part of the GUI and just displaying information? That would mean that I can not technically interact with a HUD while I could with the GUI (e.g. clicking a button)? Or are both terms basically describing the same thing?

Note: I'm talking about these words while being ingame. 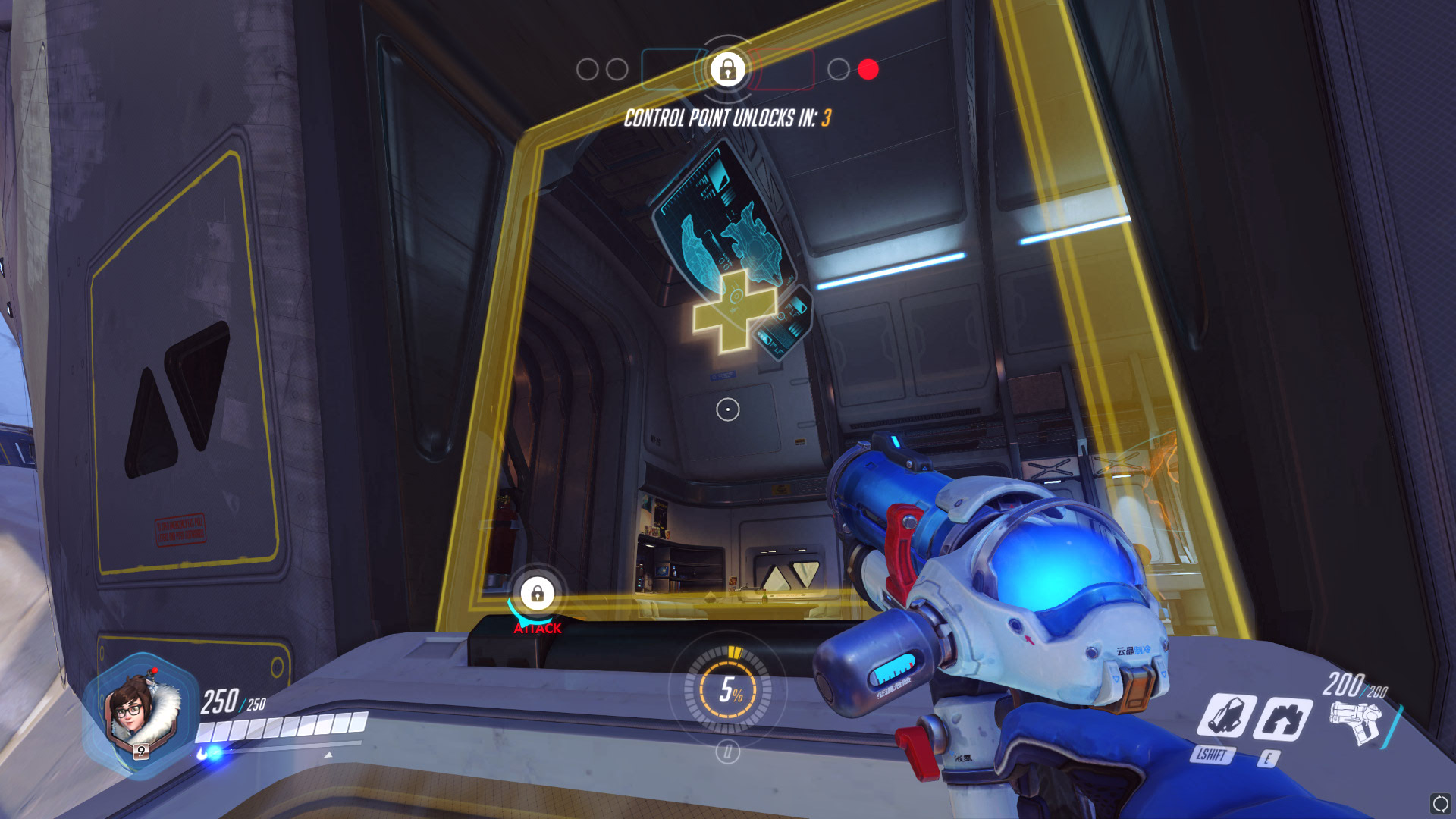 What would be described as GUI in this image and what as HUD?

I'd argue that HUDs are graphical user interfaces: they're ways to present information back to the user graphically.

In contrast to what some other answers say, the term GUI doesn't require that every element be directly interactive - the label next to a control on a form is still part of the GUI, guiding the player in how to interact with the system, even if clicking the label itself doesn't accomplish anything.

What distinguishes HUD elements is the particular way this information is displayed to the user: "Heads-Up Display" was coined in contrast to a light or dial on a control panel, where the user would need to look down / away from the window and world in front of them to check on it. The defining feature of being "Heads-Up" is that the information is overlaid over the world, rather than in its own separate dashboard, and it often tracks with the user's camera or head rather than needing them to turn to a particular location to see it (particularly notable in VR games).

So for example, in this StarCraft screenshot, I would argue that the selection and health overlays on the units, and resource counters in the corner, all constitute HUD, being overlaid on the game world. The map, order buttons, and selection readouts in the chrome below would not be HUD because they exist outside the world viewport. 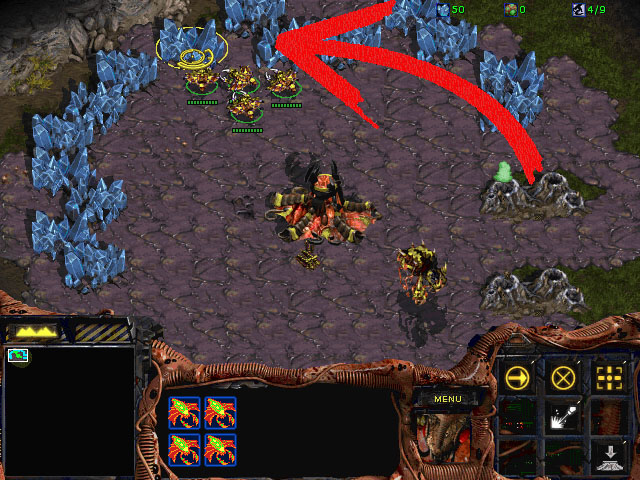 It's more common to see the term HUD applied in 1st person and 3rd person over-the-shoulder perspectives than to top-down/isometric games like this one, but I wanted to find an example that would contrast both styles. First person examples with both HUD and non-HUD chrome are harder to find, but old-school dungeon crawlers sometimes use this kind of mix too. Here the "Small Cave Troll" label, level, and health bar are HUD since they're overlaid on the world, while the rest of the GUI sits (mostly) outside the player's window to the world and isn't "heads-up" in this sense. 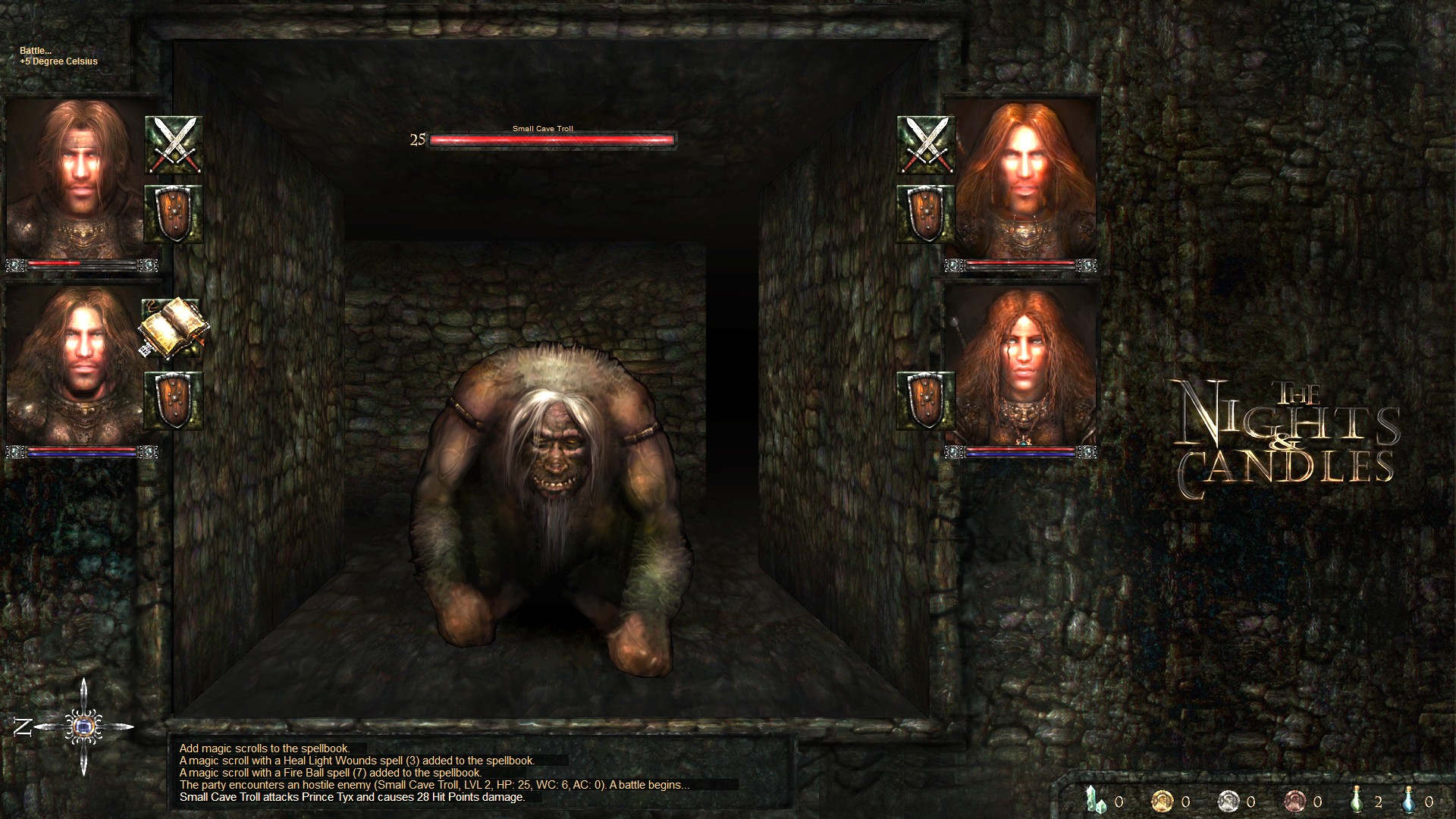 Some games will also have floating windows or panels, like inventory management interfaces, that sit on top of the viewport. When these are mostly opaque, I'd generally consider them to be non-HUD GUI elements because they obscure a sizeable chunk of the game world in much the same way as the dashboard chrome examples.

A HUD is not interactive: it displays information only, it cannot be clicked, dragged, closed, etc.

A GUI in a game is like any other UI: it is interactive. It has menus, buttons, scrollbars and other UI elements.

The term Head Up Display refers to fighter jets: displaying information on a canopy means that the pilot does not need to look down at the gauges and indicators on the dashboard.

Is a HUD part of the GUI and just displaying information?

GUI and HUD are inexact terms, meaning people will know what they mean, unless they require specifics. The specific meanings attached to the terms depend on subculture, company, the current project, or the team within that project you're working on. Proof: divergent answers on this very question.

The term HUD in terms of graphics often reminds of Terminator and Robocop. Beyond this, its meaning in games is not standardized and if you want to use the term to refer to specifics, you need to explain your use of the term first: 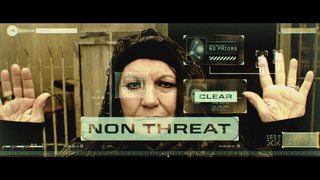 The GUI is usually everything you see on screen. It can in- or exclude some things that are not part of the main window, such as system tray menus, application icons, etc. It can include the input handling, but doesn't have to. GUI is sometimes incorrectly used to refer to visual + audio. The better term in these cases would be UI, but sometimes GUI is used.

The gui in a game is pretty much everything gets displayed on the screen except for the game world,such as the player, the gun, the game world etc.. the hud is everything used to show information like the players health, the bullets count etc

The term HUD comes from fighter planes where information to be relayed to the pilot is projected onto the cockpit screen rather than displayed on instruments within the cockpit. The point being that the pilot does not need to look away from the world outside to gather relevant information. It is used by analogy in computer games so it does not have a clear, well-defined, usage.

Typically, the HUD is the part of the user interface that is (a) is not moved with the gameworld (excepting elements that are positioned relative to in-game objects, e.g. health or name labels) and (b) is overlayed onto the game world, so that it can be obscured only by other HUD elements. In most cases the HUD is 2D, but some FPSs (in particular) now have 3D HUD elements.

The GUI is what the user interacts with. The HUD is what the game is displaying to the player.

I'd say everything in the image is the HUD. If you open the menu, that would be the GUI.

I look at it this way: an HUD displays ongoing information to the user during the game, while a GUI appears in response to certain events and allows the user to control some aspect of the game. Usually the user cannot interact with other parts of the game while the GUI is open.

So for example in Minecraft, the health bar and hotbar at the bottom is an HUD, providing information about the player's status at all times. The player's inventory and the inventories for interacting with chests, furnaces, etc. are GUIs that the player opens by pressing a key or right-clicking on the blocks in the world. While the GUIs are open, the player cannot perform other actions or even clearly see what else is happening in the game.

I'd also apply the term "GUI" in game design to menus for controlling the game itself, such as the menus to exit the game or change settings that typically appear when the user presses the escape key. Although these aren't part of the gameplay; they're more part of the surrounding application.

GUI is a poor term to use in game dev

Classically, GUI meant any visual element that either provided information to the user or could be interacted with in some way.

In (most) games, that means EVERYTHING on the screen falls under this classic description of GUI.

The term HUD exists explicitly to supersede this now useless term (in this field). It displays information on top of the game layer that the player needs to make informed decisions.

Not the answer you're looking for? Browse other questions tagged gui terminology hud .