Unity3d - How to use controller joystick to look around?

I try to use my xbox controller as input device for a game targeted to run on windows. However the documentation fails to explain how to set it up. E.g. how can I use the right stick from my xbox controller to look around, like in any 3D game? Even such a common task is not documented.

I found a very old wiki entry where the xbox controller is briefly described, I was able to find out that the Y-Axis of the right analog is called 5th axis (Joysticks) and the X-Axis is called 4th axis (Joysticks). I post the images below, in case the link get's dead. 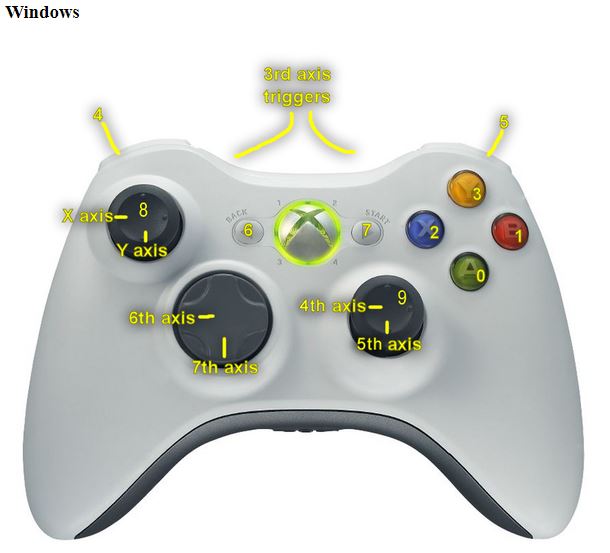 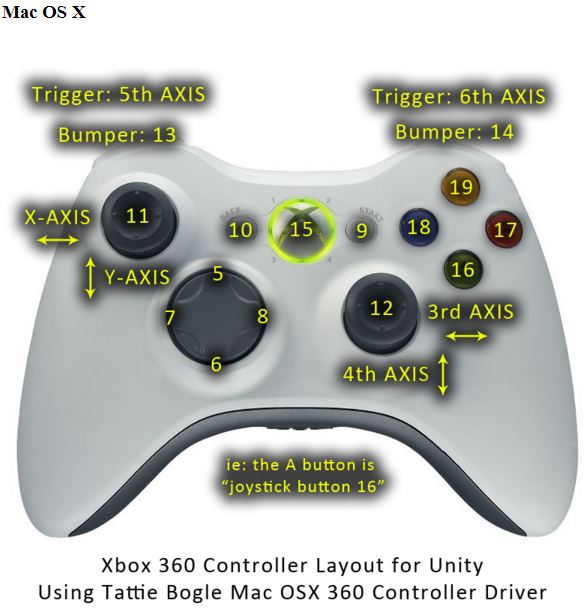 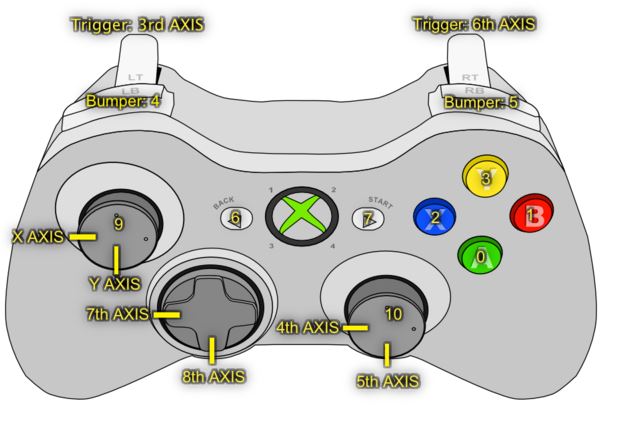 I figured out that the name of a control is responsible for the action which the button, stick, key, pedal etc. does. But it is not documented how the control has to be named for looking around vertically or horizontaly like you can do in an 3D game to look around with the camera by using the right joystick (e.g. witcher 3)

How can I control the camera by using the right joystick? 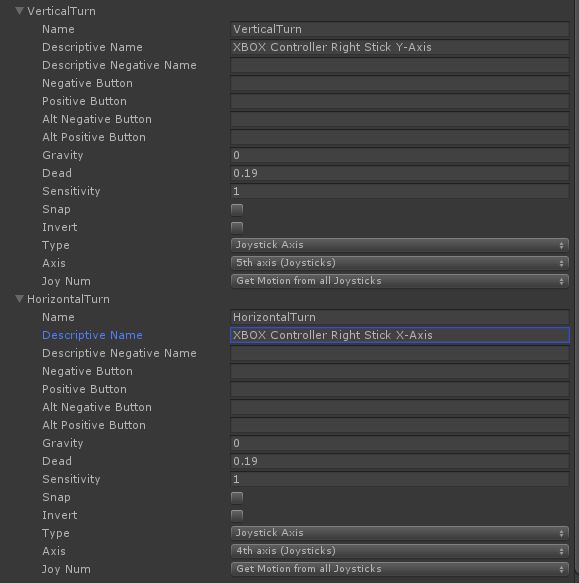 for the axis's set the dead to 0.009 each then for the camera use this

I was able to figure it out. 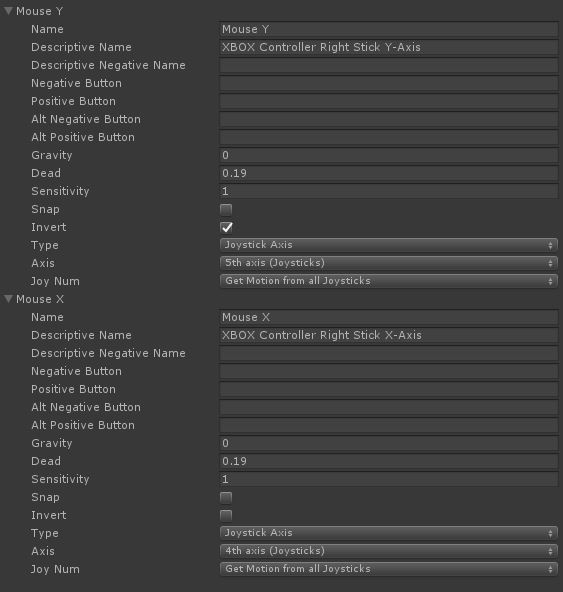 7
How standardized are joystick / gamepad configurations?
3
GUI device for throwing a ball
1
Can't set up a PS3 controller in Unity
2
Unity Controller navigating UI
0
Unity Controller to Make Reticle Orbit based on the right stick input
2
Flexible Controller Support
0
Is it legit to use Custom Controller Buttons for PC Games in Unity?