What is the clearest way to present several numbers in a very limited space?

I'm building a mobile incremental game and as, is typical for the genre, I've got a ton of changing values to show to the user. They serve both as a way to show them their progress, but also to help them make better decisions as the game goes on.

I have five values I want to show, the amount of "Harvesters" and "Salesmen" the user has, and then how many resources they're adding or removing from the resource pool, along with the net result. Say if you're harvesting 10 resources a second, and you're selling 2, you're netting +8/s.

In the following images, blurred to focus on the area in question, you can see the different styles I've tried out. This is the first style, where everything is shown to the player, but is exceptionally busy: 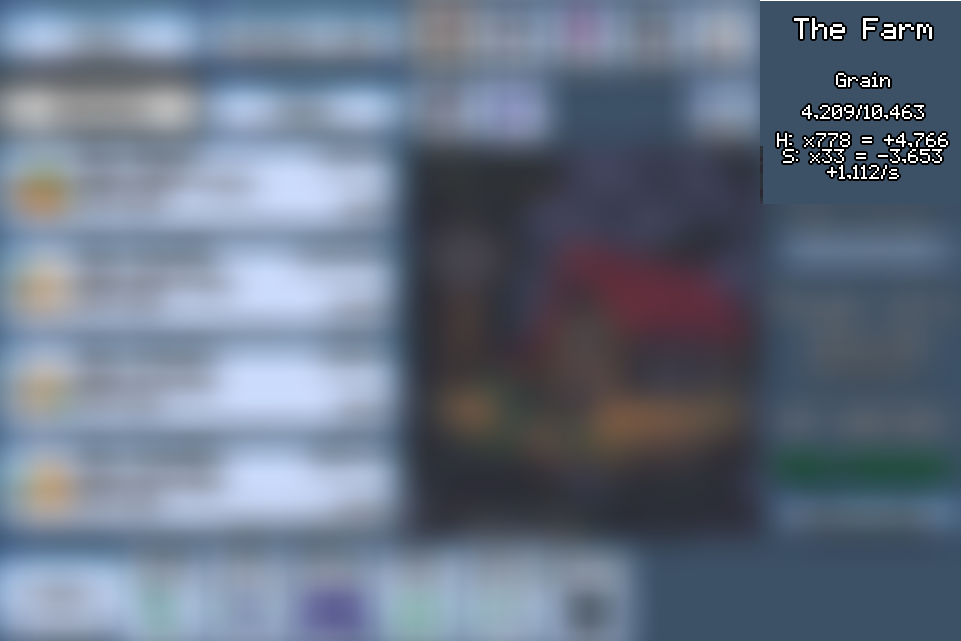 The second style is just the net change, but is missing the quantities of the two types of workers (ie 10 harvesters and 5 salesmen) 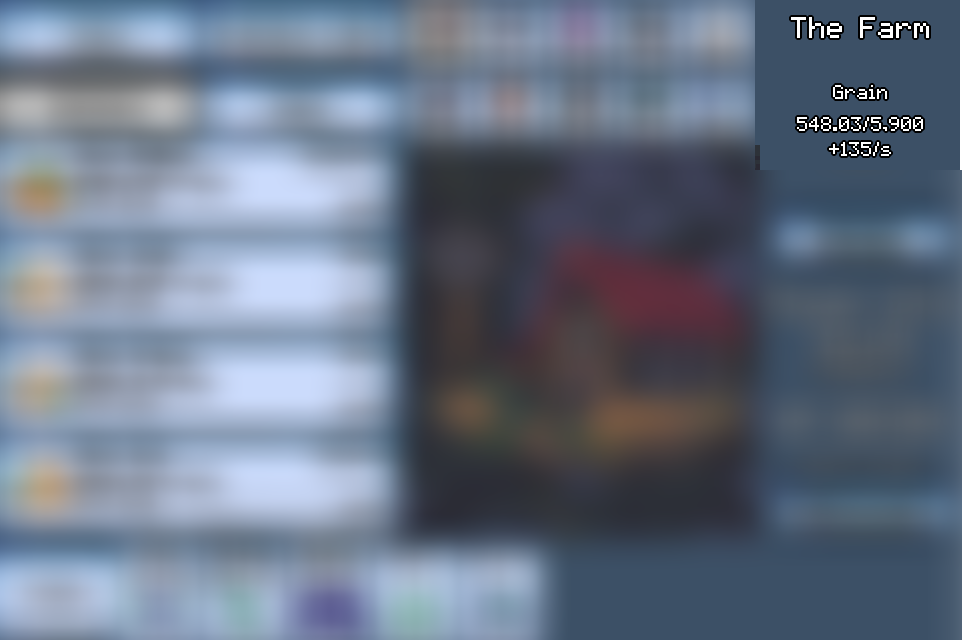 Finally the third style is a mix of verbosity and information, but does not show the net difference (ie +123/s). 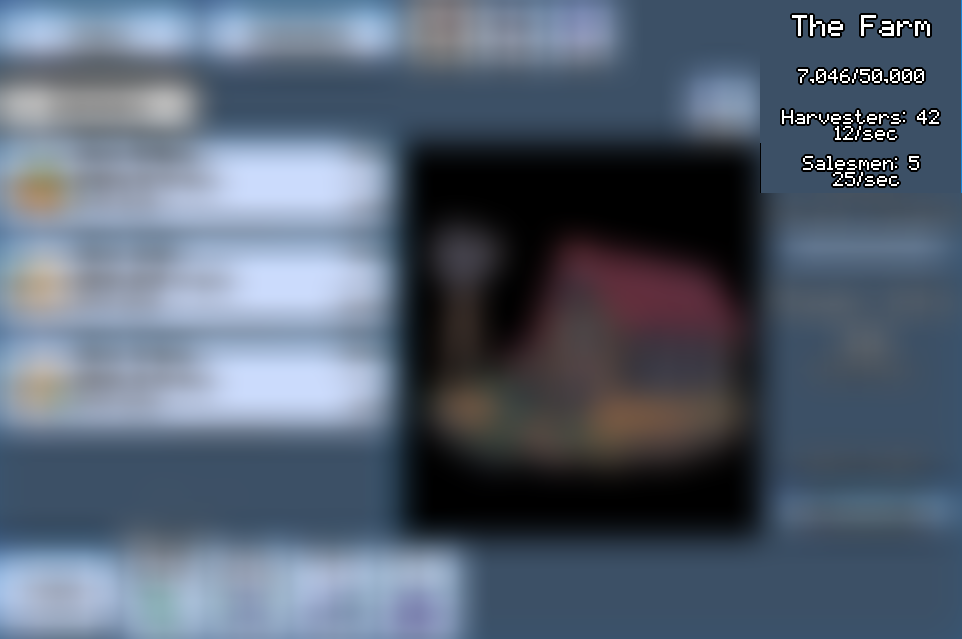 I'm a fan of the first style because it shows the player everything, and as the programmer I'm happy to look at piles of numbers that represent the fruits of my labour, but the player might not want to see all of that. I've considered adding a toggle setting that goes between the styles if you press it, but I'm hoping there's some sort of happy medium here.

The highlighted parts of the image is all the space I have, but I can incorporate icons if it would help.

My question is between the three of these (or some totally different style), how can I convey the same amount of information clearly and cleanly?

I don't think anyone can give you a suggestion of precisely how this should be done, as it's pretty subjective and more of a design thing that needs to fit the theme and style of your game.

But that said, I'm going to suggest that you represent the data visually, and not numerically. As a primary user experience element, give the user clear feedback about what kind of numeric level(s) they are at, and how they are changed, but not actual details.

But then also let the user, via specific actions, request the actual numbers if they care to know the details.

Specifically in your images, you're showing a blurred out game background with unblurred numbers. My suggestion is you have an on-screen visualization of the information shown at all times, with no game blurring. And if the user clicks on the visualization, show the actual numbers at whatever complexity you feel is sufficient. Which would be the first case, which you've said you like best. Go for it.

Look at sparklines for example, of a very non-numeric representation of data, which tells the user what they wish to know. It might not be what you want, but they are a neat way to show the idea of visualizing data without numbers.

Or think of a shooting game, where red flashes show on the screen when the player is damaged, with the intensity of the flash showing the damage amount, and the screen location showing the direction the damage came from. At the same time, allow the user to view the actual damage details if they wish to.

And per my comment, most definitely look into the work of Edward Tufte - this is the kind of stuff he's all about.

Not the answer you're looking for? Browse other questions tagged mobile ui-design user-experience or ask your own question.

4
Client/Server networking for mobile games
6
Virtual Economy Setup - Virtual currencies advice
1
Designing interface for interacting with game objects
1
Controls: Rolling on a ceiling
1
How to make loss of control acceptable?
5
How to encourage players to not lessen their own gaming experience with mods and cheats?
0
Player experience using a server in single player adventure to prevent cheating