I've got a 2D-map, largely consisting of rectangular tiles, but with some none-rectangular objects mixed in as well (tilted lines on corners for example).

Take this image as an example: 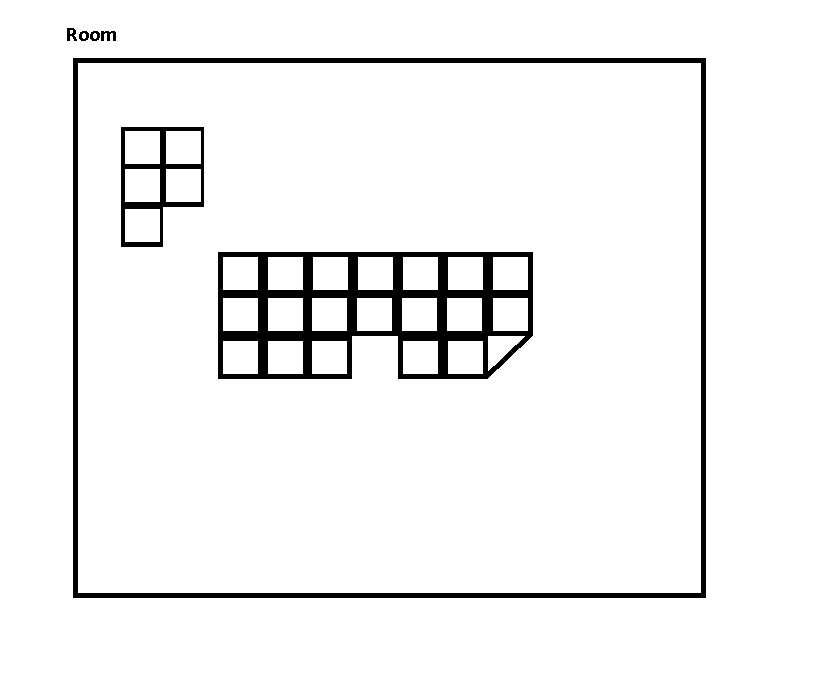 I now need all the largest possible (straight) lines around the two bodies inside that map. There are no additional required attributes to the lines.

In this image, I've marked the lines that I'm trying to find, each one with a different color to make sure there are no confusions: 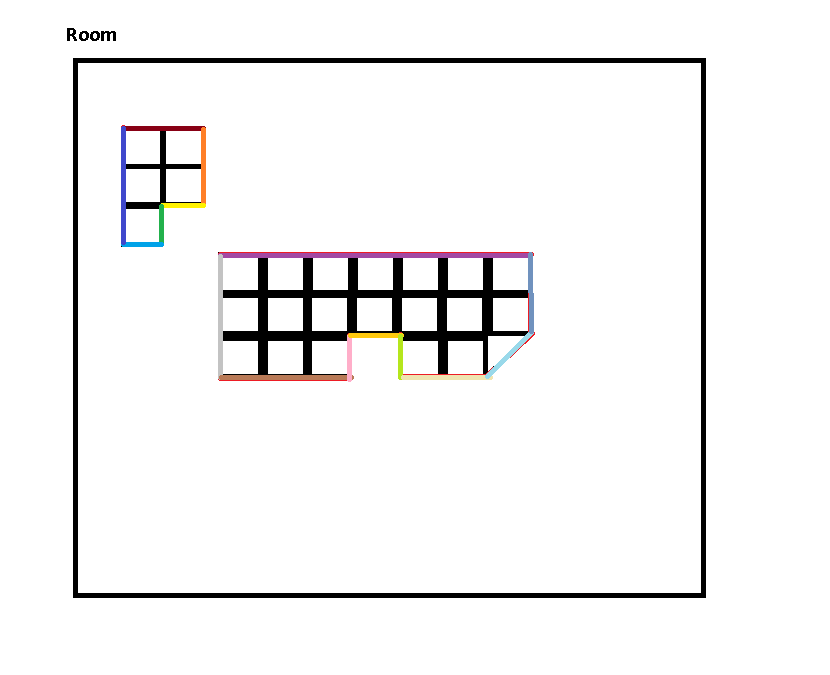 It's important however, that the algorithm doesn't produce lines inside those two objects, as it would be a waste of resources.

Are there algorithms suited for that or will I have to research an algorithm myself?

By the way, the algorithm will run at loading-time of the game, so it doesn't need to be optimized for runtime-speed. Also, principally, an algorithm that is just able to find the lines around bodies which consist only of square or rectangular tiles would suffice as well.

If you're dealing with discrete positions (eg. a tile-map or pixel based map), then an easy way to find the contours would be the Marching Squares algorithm (Wikipedia).

Not the answer you're looking for? Browse other questions tagged 2d tilemap or ask your own question.

9
Marching squares: Finding multiple contours within one source field?
2
How to create polygons from tilemap areas?

2
What broad-phase collision algorithms are suited to a static tiled world with dynamic objects of different sizes?
8
isometric drawing order with larger than single tile images - drawing order algorithm?
1
How do I cap rendering of tiles in a 2D game with SDL?
0
Map handling - Indoors/Outdoors and loading large maps
3
Linear filter problem with diagonal lines on adjecent tiles
0
Network tilebased game updates design
2
How to use Tiled Editor to recreate a 2D map?
4
Tilemap Object Placement
5
How can I fill the interior of a closed loop on a tile map?