I'm just curious if there as any reason why artists are so resistant to split their 3D models into multiple fbx files. I just find the code design much cleaner if 3D models are split up into multiple files, rather than having to dig through bone hierarchies to choose different parts of a model the code needs to control. Something similar is the 2D project layout with characters broken into different sprites, and being able to grab those by name. (I get that the artist can name bones to make the search nicer, but a search still needs to be done instead of giving a path) So, I get that it has to do with animating movement, but why can't that be split into multiple files? (For a maya workflow at least)

Splitting meshes would work as you intend only if every polygon in the mesh is influenced by no more than 1 bone. 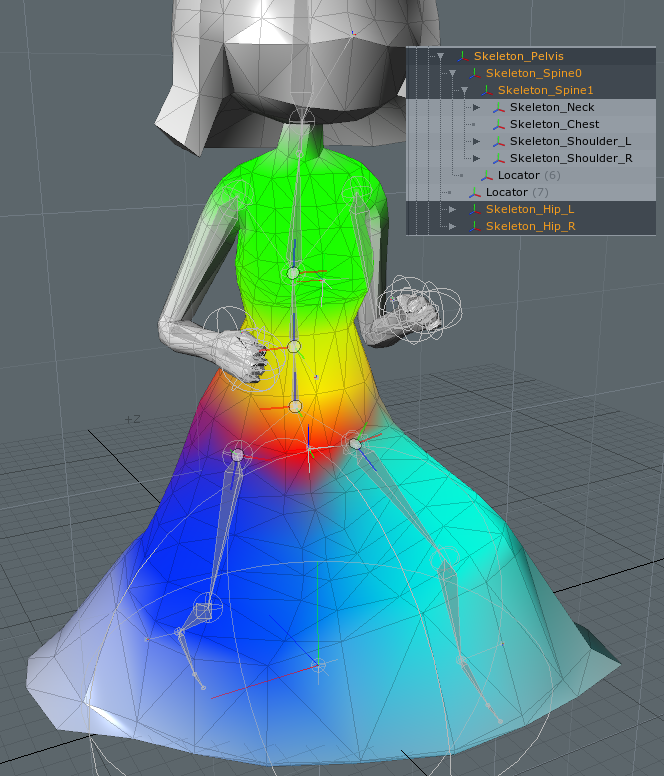 If we look closer at the pelvic area we can see a triangle affected by 4 bones at once: 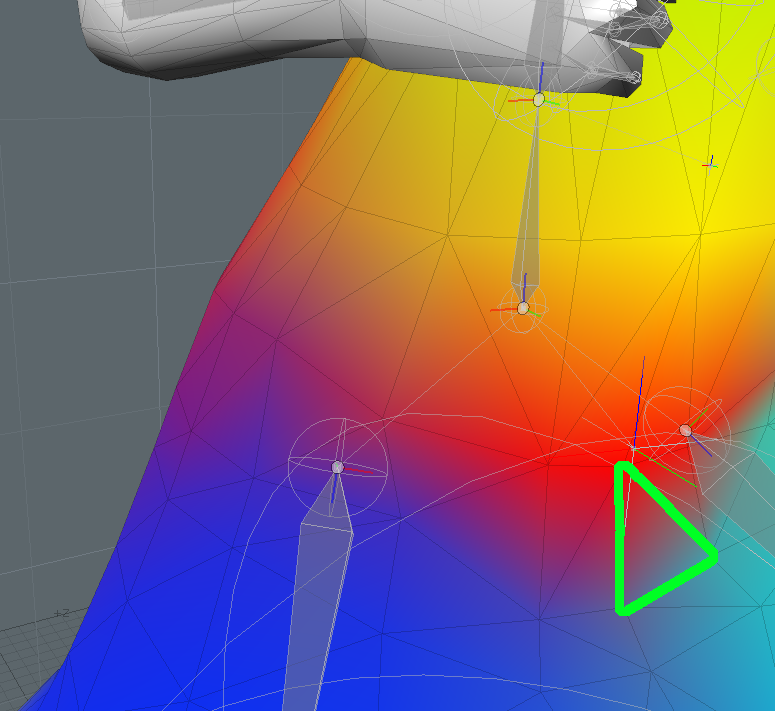 Isolated we can see the blend of 4 bones represented by 4 colours: 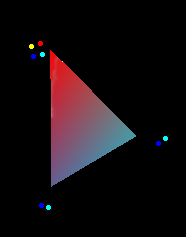 This means it's not possible to break down the mesh strickly by bones attached.

It would also cause a performance issue in most cases as each batch of triangles would need to be drawn in a separate draw call in order to change the set of bones affecting the part currently being rendered.

Having the entire mesh as one object allows the GPU to deform (animate) and draw the whole mesh all at once.

Not the answer you're looking for? Browse other questions tagged 2d 3d software-engineering art or ask your own question.

14
How to load 3D models into Java?
7
Vertex data split into separate buffers or one one structure?
2
Split up a screen into regions
9
How to split a 2D sprite tile set into individual sprites?
5
Best way to organize models with multiple meshes and textures?
0
How do I split a button graphic into a 9 patch?
4
How to load multiple 3D models dynamically xna
0
Adding large 3d models into Unity
3
Game Architecture: Class leaking into almost all files